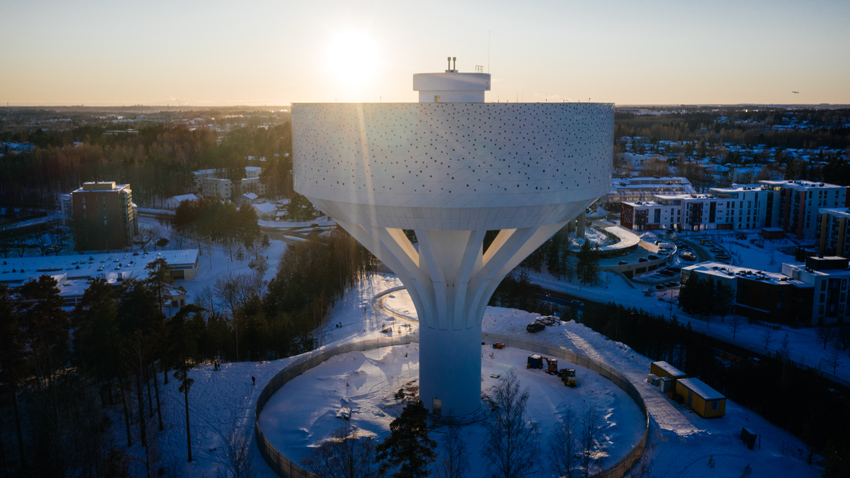 Slip forming is a method that is more than a hundred years old and is still based on solid craftsmanship.

Factory chimneys, iconic water towers, the shaft of Näsinneula, Fortum’s old 84-metre tall head office, also known as “Raaden hammas” and the grain elevators familiar to rural areas. All of these are connected by the fact that they were constructed using the slip forming technique.

Slip forming is a fast, cost-efficient and traditional construction method that replaces the customary use of system or constructed forms and allows seamless structures. Slip forming is used especially in high construction projects of tens or hundreds of metres. Projects under 25 metres are usually carried out using other construction techniques. Over time, technology has changed the nature of nearly all work, but slip forming is still done with the one and only correct and known method.

The new Hiekkaharju water tower was built to secure the water supply to East Vantaa as the population increases. This new tower enables more efficient pressure management in the area’s water supply network.

Forms of varying size and shape are moved up with jacks, allowing the realisation of significant schedule and cost benefits. The form moves up at a daily rate of roughly five metres, together with the scaffolding carrying the workers. As the form ascends, the team works continuously to make a structure, such as a smoke stack or staircase tower, out of concrete and iron, and the work continues almost without breaks until the target height. After that, the form, along with its scaffolding and tools, is lowered down.

Slip casting is usually done in two or three shifts, but it may also be scheduled to continue without breaks from the beginning to the end to prevent the formation of working joints. When one shift finishes, another takes over without interruption. For weekends, the work is often interrupted, unless the engineer requires otherwise.

Frame erection, for example, can be brought forward by constructing the stair towers by means of slip forming. Slip forming can also be used for the extension of buildings down to the underlying rock space. In addition to YIT, only one other operator in Finland has the special competence required for slip forming. In projects for which slip forming is suitable, it is usually the fastest, most economical and strongest technique available.

This is how a slip form is done: 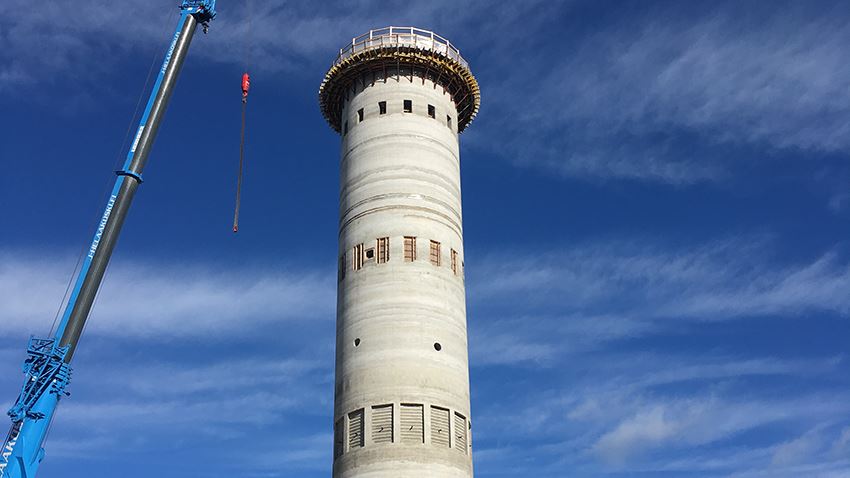 The proud builders of our peaks

The traditional slip forming technique has kept its place as the best construction method in many high-rise projects for more than a hundred years now.