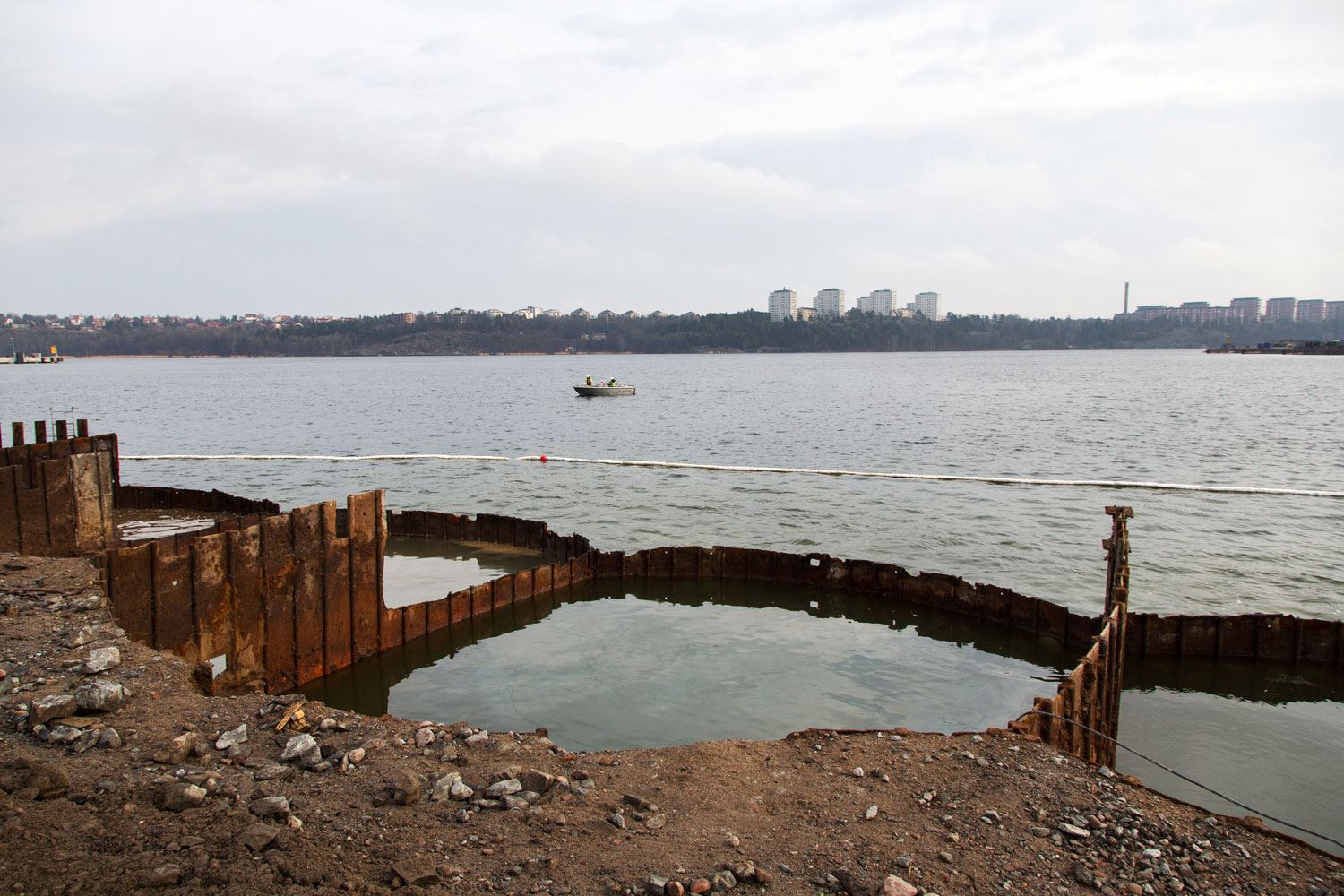 Harbour quays are constructed on water using pile foundations, sheet pile walls or pre-cast concrete elements. The foundation conditions and the intended use affect the choice of the quay type. Harbour quays may be jetties or quay walls.

A jetty is often constructed on piling or sheet pile walls. A jetty may also be implemented as a concrete pontoon or box caisson jetty. Quay walls are often implemented using concrete elements cast on site using forms or by means of slip forming.

In addition to harbour structures, underwater piling can also be used in bridge foundations. Either reinforced concrete piles or steel pipe piles may be used, choosing the size to match the requirements of the project. Concrete may be cast into the steel pipe and rebar used. In deep and demanding projects, also excavation piles may be used.

In addition to the construction of quays, harbour construction typically includes the deepening of the basin, which can be done by means of dredging and excavation. YIT has access to versatile water works construction equipment, allowing working both from the shore and on the water using work rafts

Among other things, we have executed the renovation of the Koverahari harbour bulk quay in the Hanko harbour and a 460-metre ocean quay project in Helsinki.

The sea is vast and unknown but, at its best, the diversity, winds and waves can offer a lifelong learning process. This is how two of our water works and shore construction specialists, Construction Manager Urpo Merivirta (61) and Site Manager Jyrki Jussila (28), see the sea.

Close
Sending...
We use cookies to give you better services

We at YIT and our partners collect information through cookies on this site in order to provide best possible user experience, user statistics and targeting of advertising.

By selecting Accept you allow this. You are able to change your cookie settings any time in your browser settings.