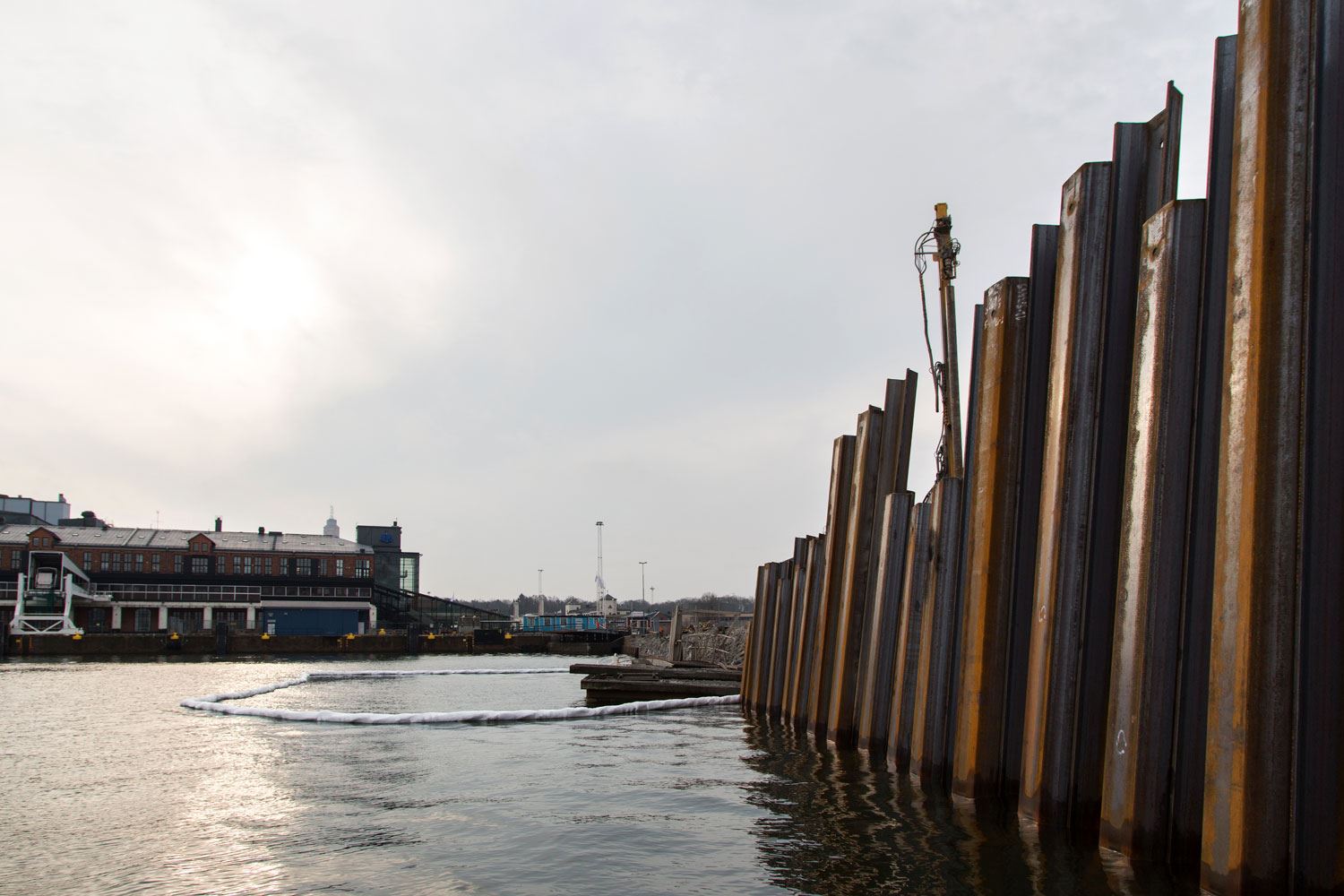 In Stockholm's Södra Kajen, a previous oil port, we laid the foundations for a new residential area. In the project, we worked both on shore and at sea.

The earthworks on the site required special competence. Once the oil port was still operating, plenty of oil leaked into the soil so it must first be cleaned before the construction work could begin.

The contract included the remediation of the 300-metre-long and 40-metre-wide beach section. The finer soil was be removed but stones over 150 millimetres were taken to a crushing plant as they were not contaminated.

After the earthworks and renovation work, we also renovated the old pier and installed water piping and plumbing for the buildings. In addition, we constructed the stormwater drainage.

Piling and matching the platform were the next important stages. In addition to the sheet pile erected at the pier's edge, two pile rows running in the direction of the beach were immersed in the ground for the duration of the pier demolition and repair work as a temporary support structure.

The new pier has the appearance of the one built in the 1800s as its outermost edge is paved with the stones from the old pier.

Working in and under water

The sea posed its own challenges to the project. At times the project involved working on a float and sometimes underwater. When the sea is rough, it makes the work more difficult, not to mention the underwater work. Also the marine traffic from the close-by terminals restricted the work as it was impossible to work in water once the ships were arriving and departing. 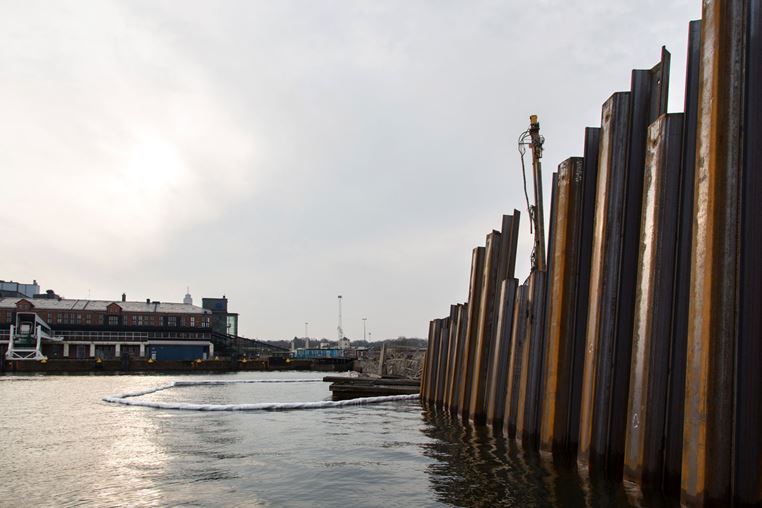 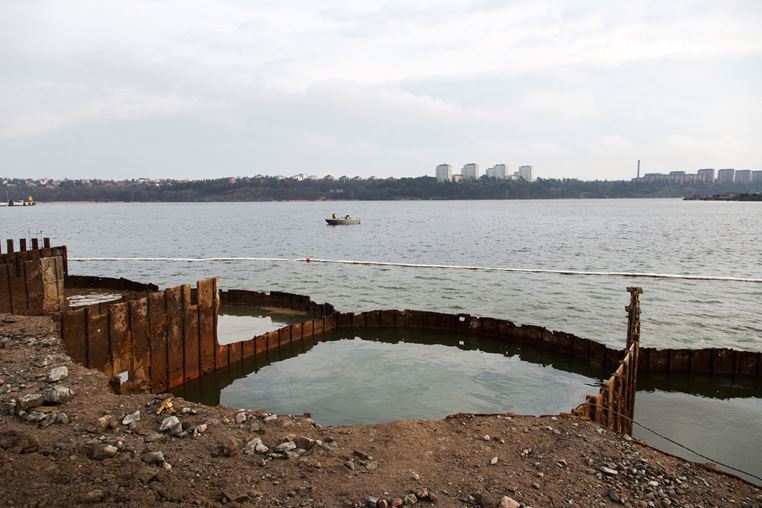 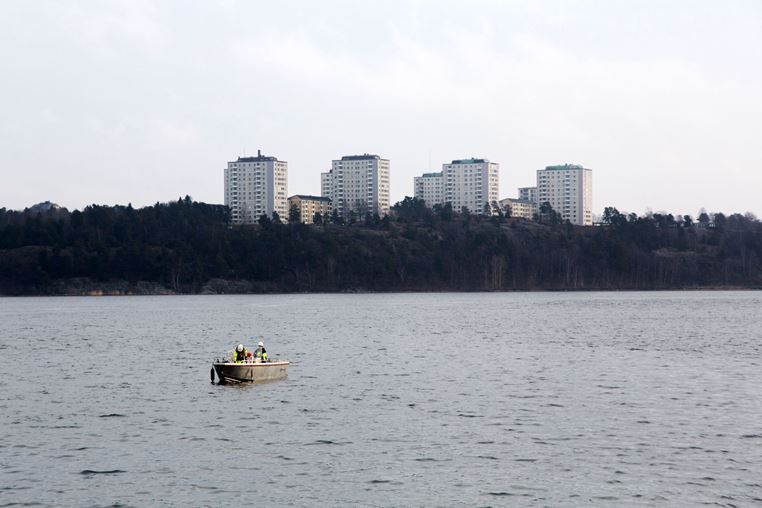 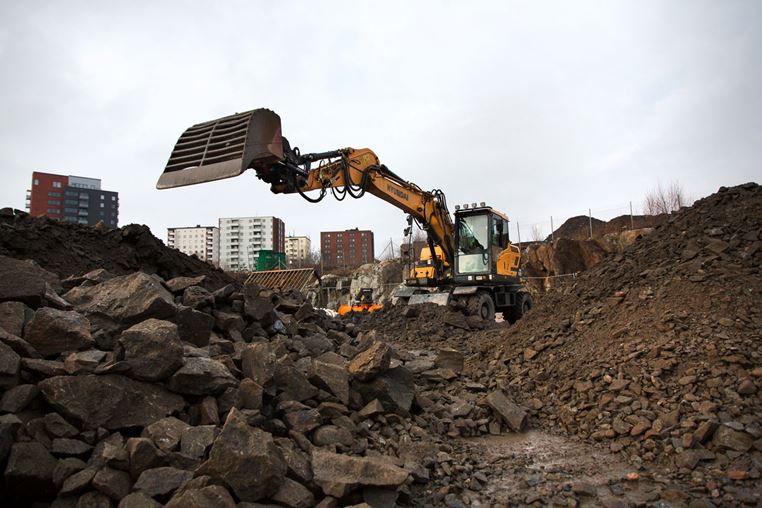