The development phase of the Crown Bridges alliance includes the development of the Crown Bridges tramway and other demanding infrastructure works in the area. The construction phase includes the construction of the entire tramway and and the 400-metre Merihaka Bridge. In addition, the alliance has the task of renewing and building street infrastructure.

The Crown Bridges tramway project will be carried out as a combination of two contracting models. The two bridges between Kalasatama and Kruunuvuorenranta as well as the preconstruction in Korkeasaari will be realised as an overall contract, with tendering starting in 2021. The rest of the construction of the connection will be carried out by an alliance that includes YIT, The City of Helsinki, NRC Group Finland, Ramboll, Sweco and Sitowise.

“In the alliance model, the client, the constructor and the designer sit at the same table at the same time, seeking better solutions more efficiently. And the partners win or lose together. The alliance model is normally used for projects that are complex and involve many risks or potential changes. It works best in such projects,” says Jere Keskinen, YIT’s project manager for the Crown Bridges alliance.

After the development phase, the City of Helsinki and HKL will decide whether to start the construction phase. The decision is expected to be made in 2021.

What matters most to the city in the alliance is transparency, which makes it possible to verify justified costs. Clarifying things to politicians also facilitates political decision-making and helps the project move forward.

“We use taxpayers’ money, so we need to be able to convince many people, including ourselves, that the spending is justified. Operationally, cost management is very important,” says Ville Alajoki, project manager representing the City of Helsinki.

Large-scale land remediation will also be carried out on Hakaniemi shore due to preconstruction, and the bridge overhaul will require removal of contaminated sediment from the seabed. Their removal and processing shall be carried out in a controlled manner and in accordance with the provisions of the permit.

The city is also renewing a lot of street infrastructure. The tramway line requires changes to underground structures, such as cables and pipes, but future urban development can be taken into account during construction.

The current target for opening the route for traffic is 2026.

Customer
The City of Helsinki 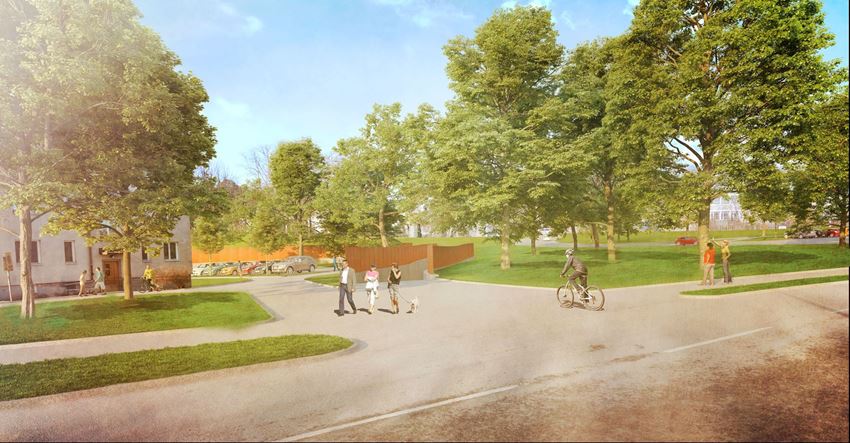