Making traffic safe for all in Harstad

A large project completely re-imagines two roundabouts just outside a city in Northern Norway. It will improve traffic flow for pedestrians, cyclists and drivers and make the intersection safer. 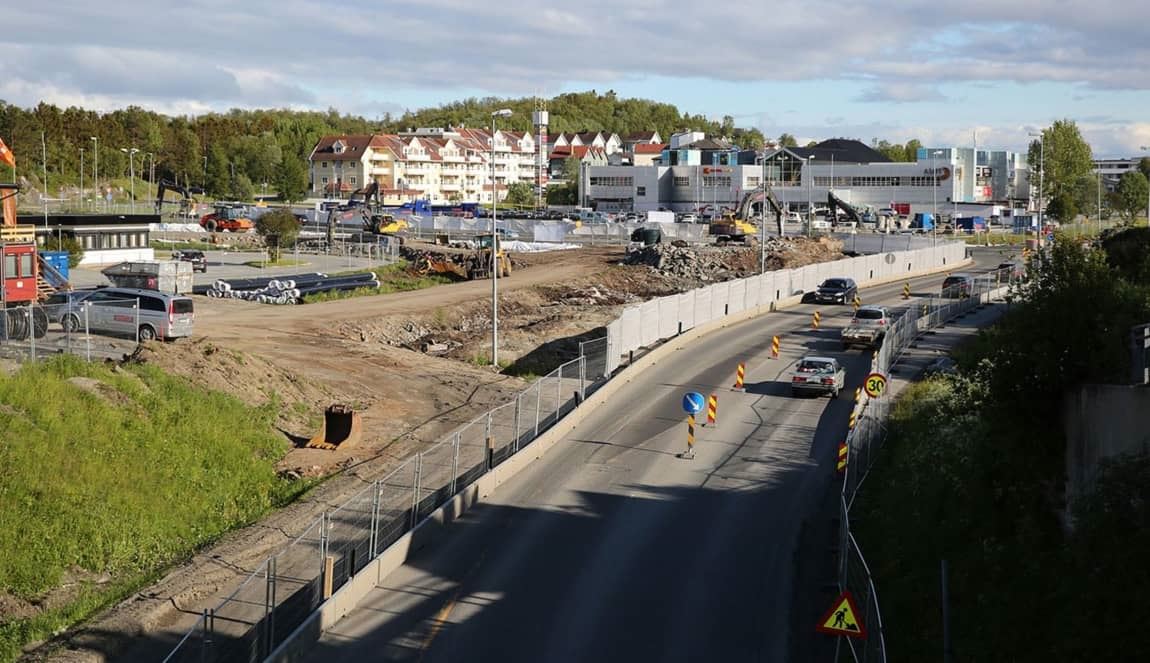 A large project completely re-imagines two roundabouts just outside a city in Northern Norway. It will improve traffic flow for pedestrians, cyclists and drivers and make the intersection safer.

The Kanebogen intersection south of the Harstad city is perhaps the most heavily trafficked crossroads in Norwegian Sør Troms county, with some 15,000 cars passing through it every day. It is also the sole point of entry into the city.

The intersection is located in a very busy area: to the north and south are shopping malls, car dealers, residences and a local school. The road used by pedestrians became dangerous, as nothing separated the vehicle lanes from the footpaths alongside them.

Today, we are leading a full reconstruction of the intersection, which includes building a new, wider road around two roundabouts and a linked 40-metre-long pedestrian and bicycle underpass. When completed, there will be dedicated lanes for cars and pedestrians, in addition to 70 new lights installed around the site.

"This new construction will make the road safer for everyone– drivers, cyclists and those on foot – and will markedly reduce the traffic on the existing road", Site Manager Jørn Leo Johansen explains.

The new road will rise at a grade of three degrees towards a maximum height of 2.3 metres, which allows for the construction of a tunnel system to be used by pedestrians and cyclists.

During the project, we also plan to lay 7,000 meters of pipes for water, sewage, electricity and fiber optic data. The pipes, which range in diameter from 40 mm to 800 mm, are the project's most challenging aspect, since they must be excavated and moved 50 metres south of their current position, then buried six metres underground.

Dialogue with the surrounding community

In this kind of project that affects the surrounding community, dialogue with the locals is important.

"Together with YIT, we went around visiting local schools in the area and talked about the project with students, teachers and people in the neighbourhood about how it would affect them. We want to keep traffic outside of the centre of Harstad, in part to help with our green travel initiatives. There is so much foot traffic around here, especially among schoolkids, but now it will be even safer. We are building for the future", explains Arnt-Børge Jensen, Project Manager for the customer Statens Vegvesen.

The Kanebogen intersection is the first, and largest, phase of the so-called Harstadpakken, a multi-year construction initiative that will transform traffic for the city. Kanebogen will consist of six vehicle toll stations, generating income from drivers, which will ultimately pay for the project's cost.

One intention is that this innovative green infrastructure will encourage more cycling and walking, and thus have an overall positive effect on the environment.