The new multi-fuel power plant NA4 CHP in Naantali is the first industrial project to utilise alliance contracting during construction. All of the project objectives were fulfilled: it was finished on schedule, the costs remained below the estimate and the results were of excellent quality.

We constructed a new multi-fuel power plant, the NA4 CHP plant, in Naantali. The project’s preparatory work began in summer 2014, and the new power plant was commissioned in 2017. The project won the Construction Site of the Year award in 2016. NA4 CHP is the first industrial project to utilise alliance contracting during construction. All of the project objectives were fulfilled: it was finished on schedule, the costs remained below the estimate and the results were of excellent quality. Occupational safety was also at a very high level throughout the project. During the 1.4 million working hours, only three minor occupational accidents occurred that led to absence from work. The project is an example of how even an industrial construction project can be implemented using the alliance model.

One of the key goals of the combined heat and power plant is to increase the use of renewable energy. The biofuel share of the new power plant will be 40 per cent initially, and the target is to increase it later on to 60–70 per cent. The new multi-fuel power plant’s fuel capacity is approximately 430 MW. Of this, 396 MW of energy will be generated at an operating efficiency of 92%, divided into 146 MW in electricity and 250 MW in heat.

Turun Seudun Energiantuotanto TSE, A-Insinöörit, AX-LVI Consulting and YIT formed a consortium to build the CHP power plant. The project was Finland’s first industrial project implemented with the alliance model. In an alliance, the contracting parties form an organisation that strives for a jointly agreed cost target and target level with the objective of doing what is “best for the project”.

Emphasising cooperation between the parties, the model responded to the scheduling and cost-related challenges associated with corresponding projects implemented using traditional approaches. 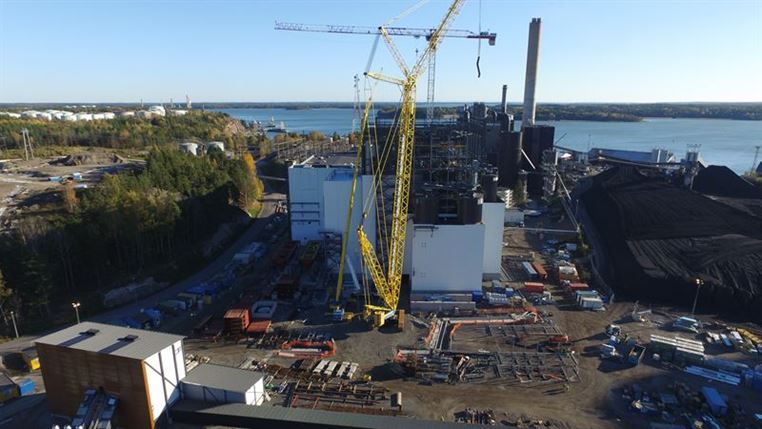 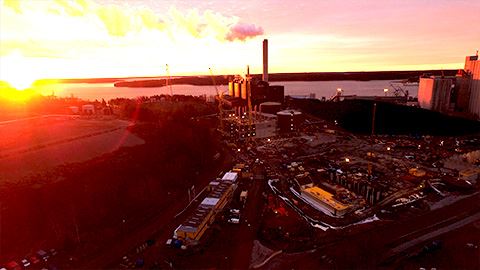