We constructed the Kivisydän parking hall under central Oulu. From there, the services in the city centre are easily accessible for both pedestrians and private cars. At the same time, more space in the cityscape became available for the city’s residents. 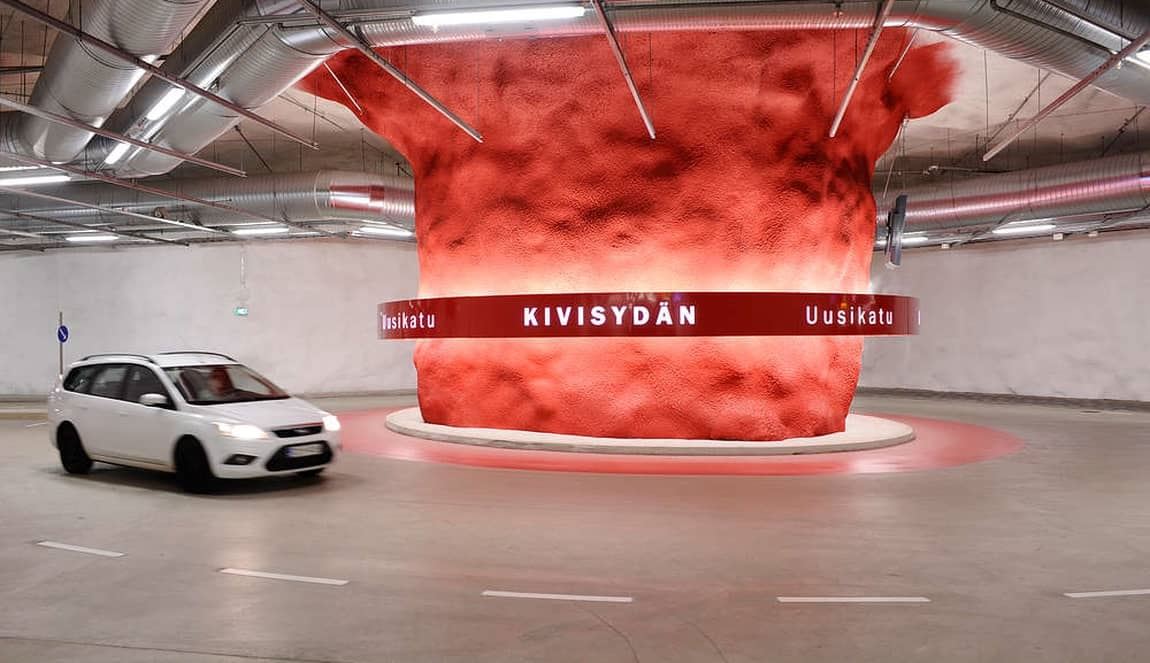 Kivisydän expanded Oulu’s commercial centre and improved the parking situation in the centre of the city. Parking cars underground enables the complementary construction of the blocks in the city centre, the development of park areas and the expansion of the Rotuaari pedestrian area. Moving parking spaces and service traffic underground significantly improved the functionality, attractiveness and safety of the city centre’s expanding pedestrian area.

With good planning, we ensured as much as possible that traffic and the neighbouring buildings could operate as they normally do during the project.

Kivisydän, which was excavated approximately 30 metres under the city centre of Oulu, is a high-quality parking hall for 900 cars utilising modern technology. The functionality, safety and attractiveness of the parking hall makes it a state-of-the-art facility. We built a service street under the parking hall with service facilities for four properties.

We started the construction of the parking hall in the summer and the building system work in late autumn. The excavation and reinforcement work was completed in early 2015. The project was completed on schedule in autumn 2015.