Powered by wind and water

For YIT, wind and hydropower projects in Finland, Sweden and Norway represent strategic business activities on the path towards a carbon-neutral circular economy. At the same time, YIT helps cities and countries achieve their sustainable development goals.

The Finnish government has set a target of increasing the use of renewable energy to a level above 50 per cent in the 2020s. While the share of wind power is still low in Finland, it has seen substantial growth in recent years.

“YIT has already served as the foundation engineering contractor for about 100 wind power installations around Finland. This has involved building the concrete foundations for the wind turbines either on a ground-supported basis or anchored directly into the bedrock,” says Mika Virtanen, Vice President of Industry, Energy and Water Supply at YIT.

In addition to construction, YIT has also actively and independently planned wind power projects in Finland.  In 2012, YIT began project development in the area of wind power, which involved plans for wind farms around Finland. Back then, the production of electricity from renewable energy sources was supported by feed-in tariffs. In practice, this meant that wind power producers received a subsidy for the electricity they sold, corresponding to the difference between the market price and the guaranteed price. The tariff system for wind power was closed in November 2017.

“Seven years ago, the plans were based on the feed-in tariff. Wind power on its own was not yet profitable on market terms at the time. Now, the construction of wind power on market terms appears to be feasible. Projects can be completed without subsidies and new project development can also be initiated,” Virtanen explains.

Sweden is targeting 100% use of renewable energy sources

Sweden aims to discontinue the use of non-renewable energy entirely by 2040. Hydropower currently accounts for 47 per cent of Swedish electricity production, nuclear power 35 per cent, wind power 10 per cent, biomass 6 per cent and waste 2 per cent.

YIT carries out both hydropower and wind power projects in Sweden. Much of the Swedish hydropower infrastructure was built in the 1960s and 1970s, which means that there is now high demand for maintenance and repairs. YIT has a wealth of experience in hydropower plant modernisation projects, with one such project currently underway at Fortum’s Krångede plant.

The push to modernise hydropower infrastructure coincides with efforts to increase the share of wind power and reduce the share of nuclear power. Electricity prices went up in 2016 and interest in wind power grew. There are currently several wind power projects in the early stages in Sweden, and YIT is aiming to participate in them.

“We have the competence necessary for these projects and the tools necessary for developing Sweden towards more sustainable energy production,” Stendius adds.

Norway, a land of flowing waters, has strong faith in hydropower and wind power

Unlike Finland and Sweden, Norway never built nuclear power plants. In 2017, as much as 94 per cent of Norway’s electricity came from hydropower, 4 per cent from wind power and only 2 per cent from other energy sources. Whereas Finland has relatively flat terrain, Norway’s mountains create strong flows of water that make it possible to capture tremendous amounts of energy.

“We build concrete tunnel structures inside mountains and dam areas where the flowing water is accumulated. At the end of the tunnel is a hydropower plant that captures the energy from the flow of water,” Andreassen explains.

In addition to hydropower, increasing wind power capacity has been a topic of discussion in Norway in recent times. A total of 13 areas around the country have been identified as potential sites for wind power construction. Andreassen points out that, in addition to YIT benefiting from its strong competence related to hydropower, the company can find opportunities to leverage its other competence areas in the construction of wind power.

“The areas are beyond the reach of existing roads. Before the wind farms can be built, you need roads and proper foundations for the turbines,” he says.

YIT also aims to expand its expertise beyond the current projects in other operating countries to support their governments in their pursuit of more renewable electricity production.

“We are pleased to have been able to identify and increase our competencies in business activities that support sustainable development. We want to play a role in expediting the shift to a carbon-neutral circular economy at the European level,” Mia Ranta-aho concludes. 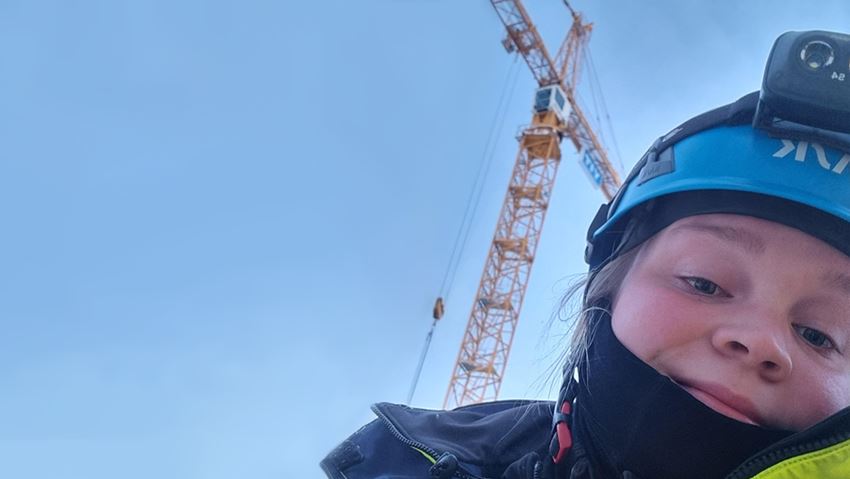