The new Hiekkaharju water tower was built to secure the water supply to East Vantaa in Finland as the population increases. In addition to its primary purpose, the tower is also an impressive landmark. In fact, the project has a considerable impact on the urban atmosphere and attractiveness of the area.

The water tower catches the eye due to its sheer size and height. From an architectural, structural and environmental viewpoint, water towers are massive projects to design and implement and they require great ambition.

Even though designing water towers has traditionally been the work of architects, developers have started to exclude architecture firms from such projects in recent years. However, the Helsinki Region Environmental Services Authority (HSY) took a prudent and careful approach to designing the new water tower in Vantaa’s Hiekkaharju by organising a design contest on the appearance of the tower ahead of the change in the local detailed plan. The winning proposal by WSP is called Siluetti (‘Silhouette’).

“We appreciate the level of attention paid to building the right type of tower that fits its surroundings in Hiekkaharju. Cities have once again started to recognise the significance of water towers in the cityscape,” says Chief Architectural Designer Janne Teräsvirta from WSP who was in charge of structural, architectural, geotechnical, traffic and environmental design of the new water tower as well as stormwater design. 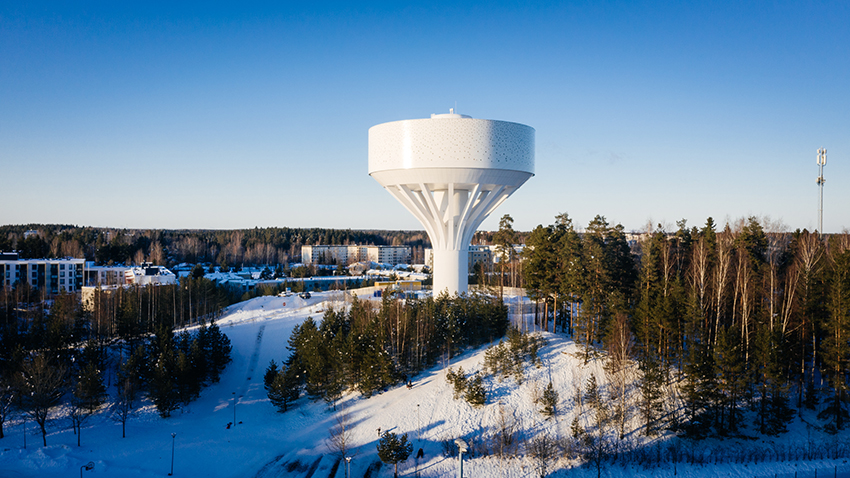 A landmark featuring waves of light

Completed in early 2021, the new Hiekkaharju water tower is a landmark that is located 47 metres above the ground and 87 metres above sea level. The most impressive part of the light-coloured tower is its 8,000-cubic-metre tank weighing 5,000 tonnes.

YIT first built the base of the water tower using the slip forming method and then the tank around the base. The massive tank was cast on the ground and raised slowly into place by means of 90 hydraulic jacks mounted on top of the base of the tower.

”A total of approximately 5,000 cubic metres of concrete have been cast for the tower with approximately 700 tonnes of reinforcement bars,” says Vice President Jouni Hyvärinen from YIT.

There are many water towers in Finland, and YIT alone has built more than a hundred of them, but the shape of the Hiekkaharju tower is unique. The tower’s diagonal braces are rounded to make the silhouette smoother. The tank’s facade is clad with perforated metal that depicts bubbles rising up from the water.

Lighting is used to highlight the impressive construction. The tower’s base, diagonal braces and bottom surface of the tank are illuminated with energy-efficient LED lights that receive their electricity from the solar panels installed on the roof of the water tower. The upper part is illuminated from inside the perforated sheets which underlines its translucent and light appearance. The lights enliven the tower – it waves subtly just like water. 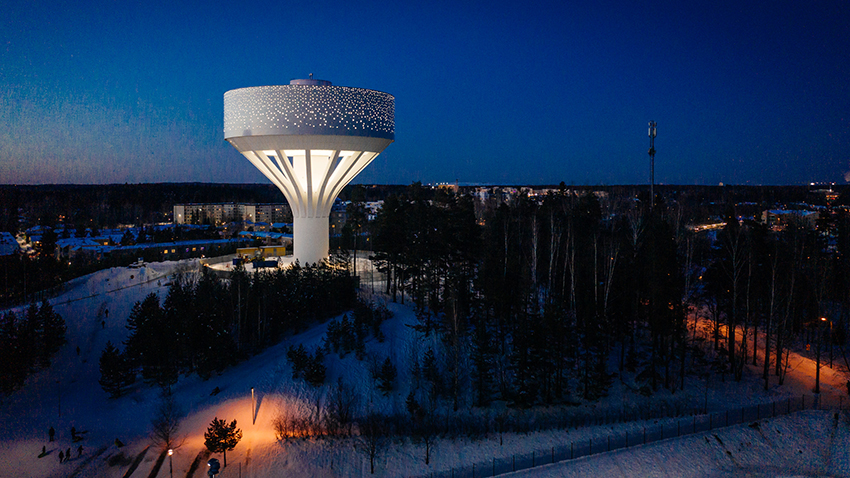 Aiming for an inviting piece of art

The plot of the Hiekkaharju water tower is at the edge of an esker surrounded by a park frequented by the local residents. According to WSP, the goal was to make the water tower, its plot and the surrounding park a piece of art that would invite the residents to enjoy the outdoors.

“We already knew that the hill is a popular place, with jogging paths and recreational areas. That’s why we aimed to conserve as much of the existing natural environment as possible. We retained the recreational opportunities of the park and connections to the environment as we wanted to limit the area impacted by the construction work,” says Timo Metsälä from WSP, who acted as a Project Manager of architectural design in the project’s implementation stage.

The landscape design was guided by the idea of integrating the plot with the surroundings. The comfort and sense of identity of the tower’s surroundings have been reinforced by expanding the construction project with a yard design implemented by YIT.

“We added ridges resembling the movement of water to soften the large open space on the grounds of the water tower, among other things. However, the tower will not be landscaped; instead, it will be integrated with the surrounding recreational area, leaving the park in as natural a state as possible,” says Metsälä.

Janne Teräsvirta also believes that the relationship between the Hiekkaharju water tower and the environment has been taken into consideration in an exceptionally thorough and long-lasting manner. This is only right as the building is a visible and permanent part of the cityscape, and the required minimum service life of the water tower is one hundred years.

“If the people living in and visiting Hiekkaharju feel that we have ensured and perhaps even improved their opportunities to enjoy the nature of the area, that is one of the best messages that can be created in construction. That would mean that we have achieved our goal of making the area even more enjoyable,” says Teräsvirta. 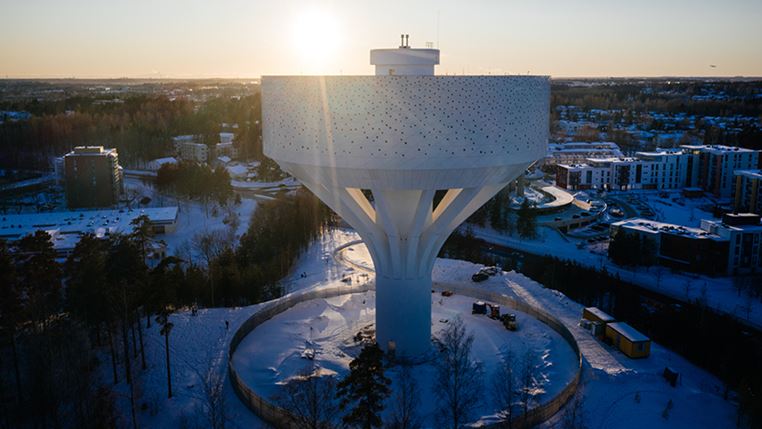 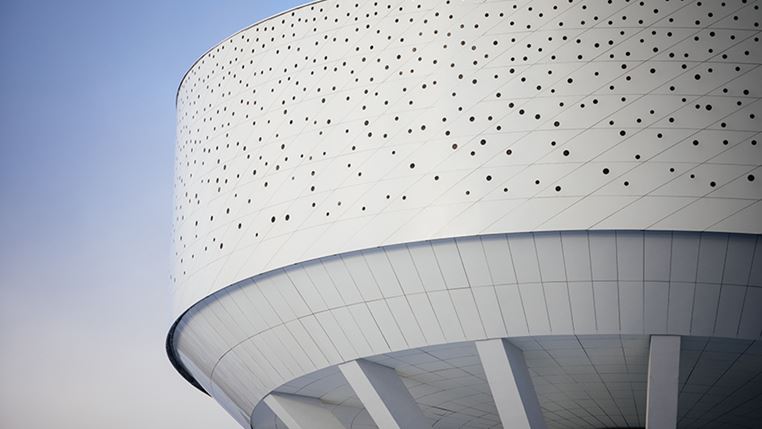