On social media and other media outlets, people regularly criticise today’s style of architecture and building, stating their preference for the styles of art nouveau and even older historicism. While eccentric buildings are by no means disappearing from the cityscape, there is no going back in the larger scale of things.

Why have we stopped constructing beautiful buildings? The topic once again came up in January earlier this year when Allan Strus Architects’ plans for a residential building in Tampere spread across social media. The housing company had planned to renovate the plumbing of the prefabricated building from the 1970s but finally decided to demolish the entire building. It would be replaced by a retro-style building with art nouveau influences that would be a better fit for its surroundings.

After the news spread across social media, commenters started a heated debate that we have seen repeatedly. The gist of the discussion was basically this: contemporary buildings are ugly and boxy, whereas old building styles were better and more beautiful. When Finns talk about aesthetic and desirable styles of building, they usually mean art nouveau, a style wonderfully represented in the Katajanokka neighbourhood of Helsinki. 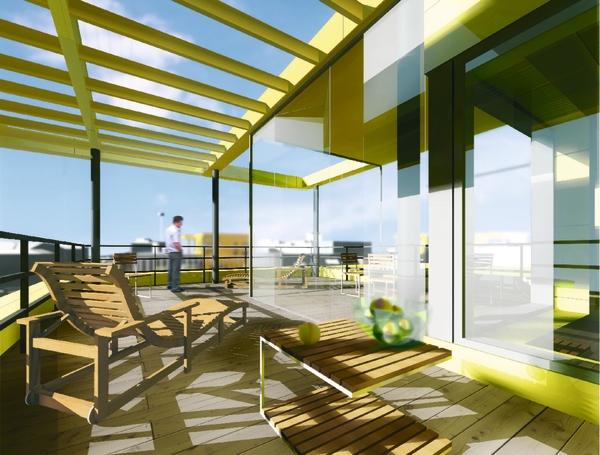 Old buildings appeal to our subconscious

People from near and far arrive in Katajanokka to marvel at the harmonious environment created by the early 20th century art nouveau blocks. One of the advocates of the area and art nouveau is Architect Esa Ruskeepää who lives and works in Katajanokka. Ruskeepää understands the reasons behind the ever-popular topic of building styles.

“I think people look at buildings to find a sense of stability or belonging which is becoming harder and harder these days. The most important job of any building is to provide shelter, both physically and emotionally, and how we experience this happens at a very subconscious level.”

Old buildings were constructed manually on site and they are often ornamental both inside and out. Art nouveau buildings radiate a sense of history, dignity and quality that is rare these days and, therefore, immensely valued. According to Ruskeepää, this impression may sometimes stem from the tiniest details that we rarely even think about.

Ruskeepää explains that construction underwent a radical transformation in the 1960s. Even though art nouveau at the turn of the 20th century served as a counteraction to the historicism that preceded it, such as neoclassicism, the style still emulated the same wealth of historical tradition as the earlier styles.

“This could well be compared to evolution. Before the 1960s, the transitions between styles had been continuous and the materials and techniques had been developed consistently. In terms of housing technology, the styles were connected by the same elements, such as solid brick walls that are very fault tolerant and, of course, gravitational ventilation. The use of these simple yet sophisticated solutions or technologies has since become rare.”

“I understand where the anger towards contemporary construction comes from. Each generation has made their own mistakes. While the best buildings still exist today, there is no question that the general quality of construction in the past was also top-notch.” 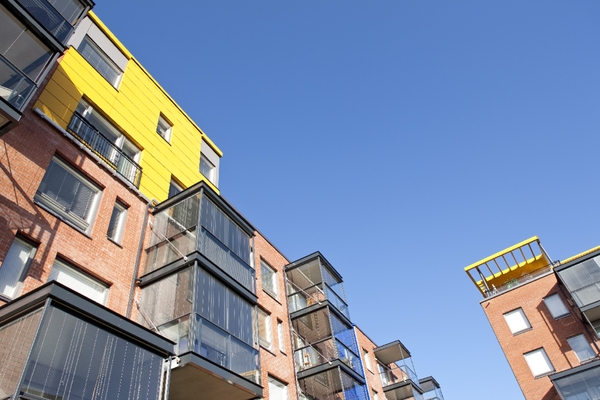 Benefits of a modern home are often taken for granted

Konepaja, Kalasatama, Jätkäsaari and Merenkulkijanranta… Marko Oinas, Senior Vice President of Housing Business Development at YIT, lists some of the contemporary neighbourhoods with a distinct character in Helsinki. Even though there are no bay windows, towers or reliefs, there are so many other features that modern people appreciate in their homes.

Oinas points out that building regulations have an enormous impact on construction. They guide builders to use specific types of materials, structures and technical building systems. The majority of construction is based on prefabricated elements, which heavily affects the end results. The local detailed plan, in turn, dictates the types of features, sizes and colours acceptable for the buildings in a certain area.

Let us, however, play with the idea of being able to build in an “old-fashioned” way today. Would it be possible? Oinas has prepared a list to help people think about what has changed in construction and what types of compromises we would have to make by going back in time.

“Finns appreciate a spacious, glazed balcony. It was by far the number one wish of city dwellers in our recent survey. Art nouveau buildings don’t usually have balconies, and a glazed one would certainly be impossible.”

Many people also love large windows that bring light into the apartment.

“Installing large, contemporary windows in an art nouveau building would completely change its appearance. The shape of the roof also plays a huge role. Art nouveau buildings have a ridge roof that creates a specific type of shape for the building. Today, flat roofs are the predominant type of roof in an urban environment due to zoning regulations.”

Flat roofs are part of what makes contemporary buildings seem “boxy”. The number of floors also come into play here. Apartment buildings spanning eight floors or more are quite ordinary today, but they were considered quite tall before. According to Oinas, the need for high-rise construction stems from the fact that construction in cities is becoming increasingly dense, but it is also directly linked to sustainable development.

“Many people may feel that contemporary buildings are not built to human scale. However, the sense of scale is influenced not only by the number of floors but also by the massing of the buildings and the design of the plot and the area.”

Finnish cityscape could be more diverse

One of the communities criticising contemporary architecture and construction is the Arkkitehtuurikapina (‘architecture rebellion’) Facebook group.  The group admires old building styles but also highlights new buildings emulating older styles; buildings with a classical facade but contemporary interior solutions. Group members often post images of construction projects from Central Europe, among other things. Could this be the solution for those dissatisfied with contemporary building?

“There is no such technology of simply adding an old-looking facade to a building. The entire facade must be considered as a whole in terms of structures, windows and technical solutions. I do, however, agree that our cityscape in Finland is more monotonous than in some Central European countries,” says Marko Oinas.

Oinas points out that those longing for more traditional styles should remember that there is more to a building than simply its appearance.

“Apartment buildings have come a long way in terms of noise travelling between apartments or from the staircase. The soundproofing of footsteps alone has undergone a massive development process over the past 20 years.”

In the end, no one knows how the styles of our time will be called and how our attitudes towards them will change in the future. According to Antti Nousjoki, partner at ALA Architects, even the immensely sought-after art nouveau style was not an instant hit in its time. ALA’s designs include the Oodi Library constructed by YIT. 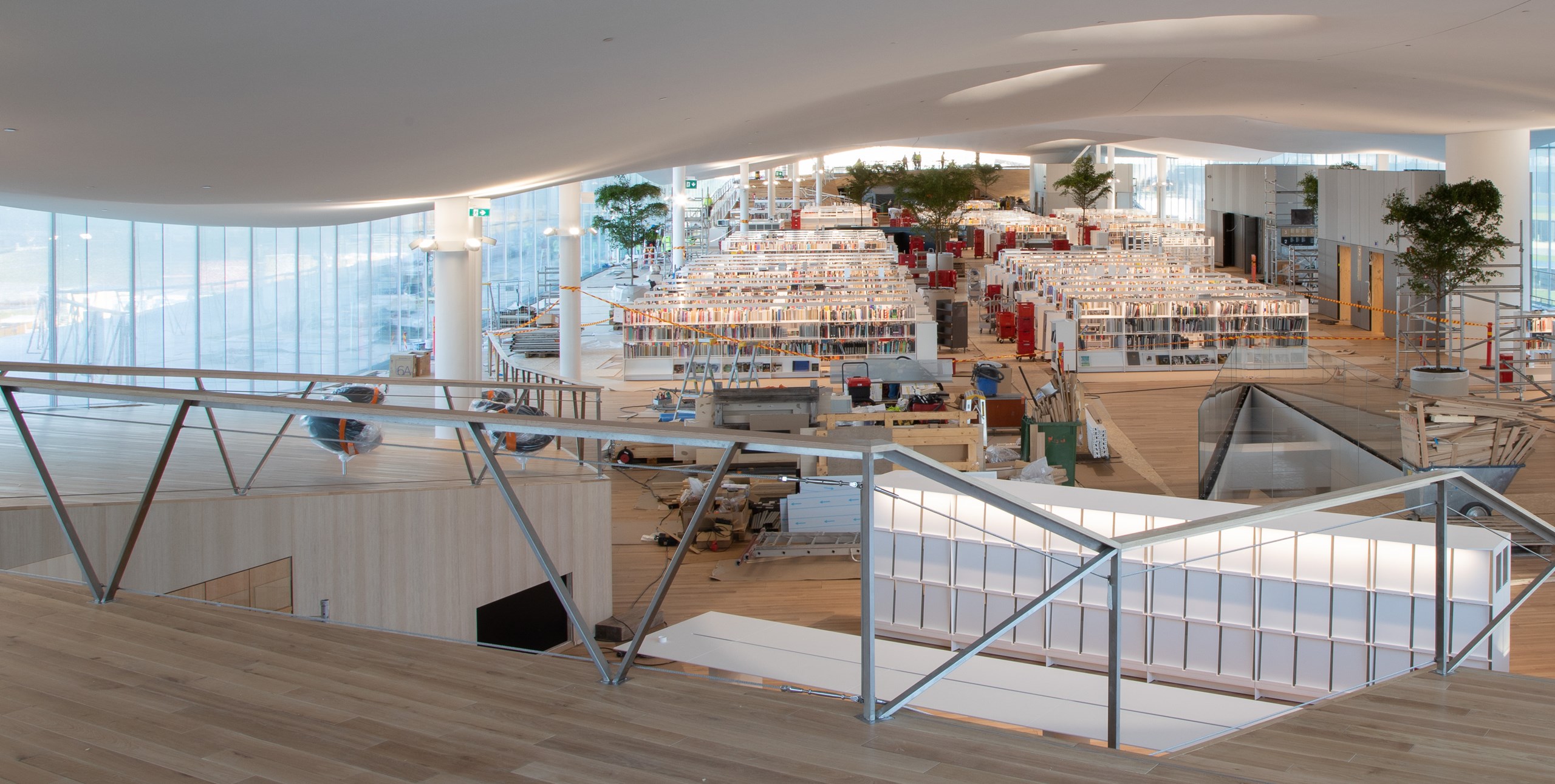 “Art nouveau was the quick and affordable, even cynical, construction style of its time. The Master Builders back then often used the same, recycled drawings for their designs. The art nouveau neighbourhood in Katajanokka, for example, was looked down on for a long time and did not reach its current popularity until the 1980s.”

An example a little closer in history is Helsinki’s Merihaka, completed in the 1970s and 1980s and described, among other things, as the ugliest residential area in Finland. According to Nousjoki, the area represents “brutal concrete construction” that is often the target of the heaviest criticism and considered the most alienating form of contemporary construction.

“Nevertheless, Merihaka has always been a popular area among apartment seekers, and now, it is even becoming a historical site. When the area soon celebrates its 50th anniversary, I’ll be interested to see if it will transform from a hated area to a cherished one.”

Nousjoki says that it is important to distinguish the living conditions of the ordinary and the privileged people of each time. The historical buildings of Helsinki, for example, mostly reflect the housing of the old-time elite. Moreover, the city centres of popular urban destinations, such as Amsterdam and Copenhagen, reveal very little about the actual, average housing conditions of the rest of the city or country. In addition, Nousjoki points out the difference between individual, eccentric buildings and large-scale construction.

“A single retro-style apartment building in a neighbourhood somewhere is not the answer to the challenges and problems we are currently facing. I feel the need to emphasise that scale is the keyword here. Helsinki and many other cities are growing at an incredible rate, and if housing is not made available to people, genuine tragedies ensue. How the needed apartments can be built depends on factors such as the available materials, supply chains, factories and, of course, regulations.” 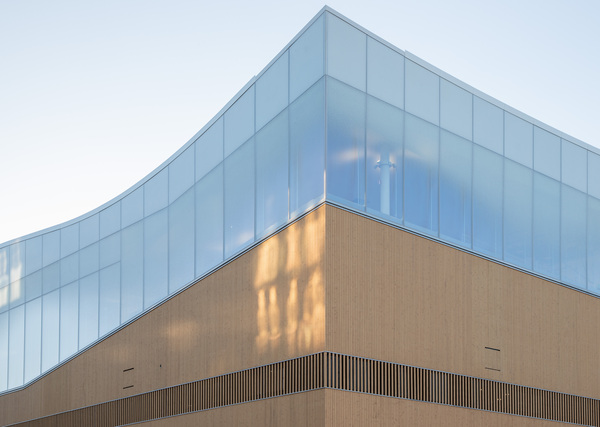 Ruskeepää, Oinas and Nousjoki agree that there are no compelling reasons why we could not have completely different ways of building than the current styles. The solutions people appreciate in the classical styles, such as ornaments, would slightly affect the prices, but the major factor affecting the price would be the same as it is now: the location of the building.

Ruskeepää highlights the importance of his trade in steering the direction of development.

“It is no coincidence that physicians and architects go through the longest training in this country. The people in these professions are directly responsible for the well-being of people. I always invite discussion, but the idea of seeking answers to these questions from Facebook or other online forums is simply impossible.”

Finally, Nousjoki wants to mention Oodi as an example of an alternative way of thinking; it sets its sights forward instead of lingering in the past or inviting nostalgia. It sees library activities without the weight of history on its shoulders and brings together old methods and new functions. It came out of pure idealism and, above all else, it is a response to what the city residents wanted.

“I have sensed that many of our colleagues find Oodi a bit too much, but it wasn’t made for them. Oodi was made for the people and for Helsinki residents who needed this type of a building. For Oodi, we used all the methods of architecture and technical expertise. In many ways, we are now living in the most diverse times in history, productionally and aesthetically. That is why I believe that, moving forward, we will be able to create architecture that not only ensures efficient housing but also appeals to our corporeal appetite and vanity to an even greater extent,” says Nousjoki.