Have you ever wondered how bridges bear loads, cars can be parked on multiple floors, a wind power plant stays upright or a water tower rises so high? We can thank post-tensioning for all of this.

A large hall is full of wire spools, metal parts and heavy, partly self-made or self-developed tools. YIT's head of the post-tension work unit, Mikko Toivonen, explains exactly what is done and how the tools are used. His passion for the work is evident in every word. Mikko's team also develops their own tools, most often guided by occupational safety.

However, what is post-tension? In short, it is the strengthening of structures. The basic idea is the same as taking a stack of books and trying to keep them between your hands; they must be squeezed hard with both hands so that they don’t fall to the floor. The harder you squeeze, the more weight you can put on top of the books. 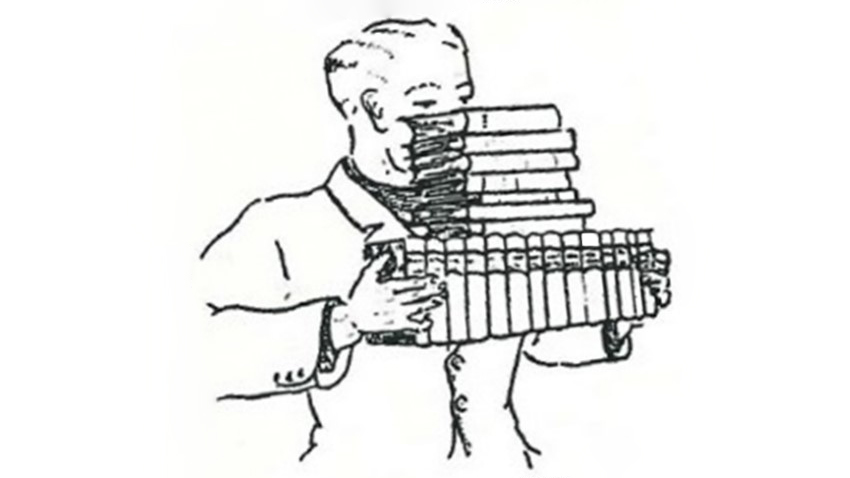 In post-tensioning, instead of books a concrete structure is compressed. Before pouring the concrete, flexible steel wires are placed in a curved shape inside the formwork, the shape of which has been calculated by the structural designer. After about a week, when the concrete has dried, the cables are tightened using a hydraulic jack, after which the structure can be loaded as planned. One end of the wire is wedged tightly with an anchor piece to prevent it from slipping off the structure, and the other end is operated. Once the desired force has been applied to the wire, the wires are locked in place with a wedge. This allows the structure to rise slightly as an arc, sometimes even noticeable to the naked eye, but always a maximum of just a few centimetres. Then, as the structure is loaded with the planned loads, it straightens to an even structure.

“Post-tensioned structures are widely used around the world. However, in Finland, there are only a few companies that carry out these contracts. This is a niche sector in the construction industry, but it is a typical part of it. We mainly work in building construction, but we also make bridge structures and various earth and rock anchors for wind turbines, for example,” says Mikko Toivonen. 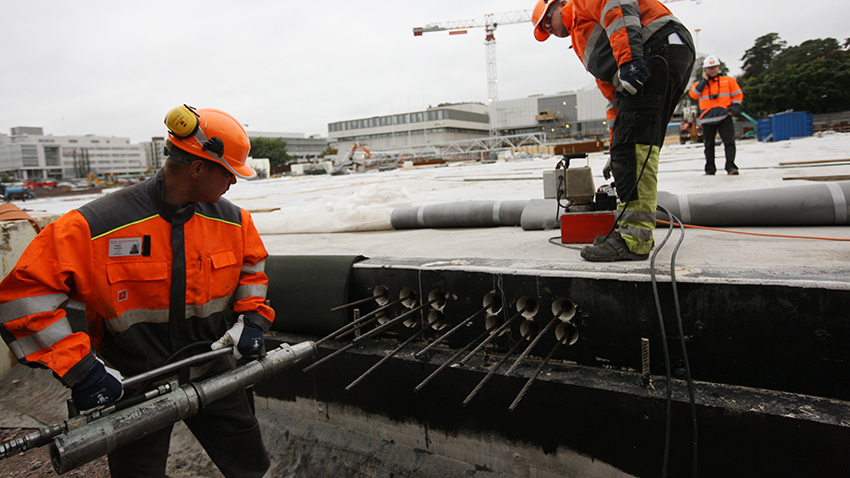 Safety in the construction industry always comes first, and special attention is paid to it in special contracting, such as post-tension work. Those who work in the unit consider it their duty to see that those who work with them can work safely and are aware of the risks involved in the work.

“Because this work deals with substantial forces when operating with hydraulic jacks, we repeat the occupational safety mantra at every step so that those with us on the site have internalised it. Although this is a routine for us, it may not be for other people working on the site,” says Toivonen.

So, occupational safety can also be compared to air traffic. At all stages, from negotiations to actual work, occupational safety and related plans are reviewed. All tools are also inspected before each task and when post-tension tasks are underway, the safety limits can be several metres.

“There is an area of 15 metres behind the jacks where you are not allowed to stay during work so that in the unlikely event that the wire breaks, no one is standing in the impact area. The hydraulic hoses have very high pressure, so when they are disconnected, they can cause damage in the vicinity. The instruments are inspected again and again to avoid any damage." 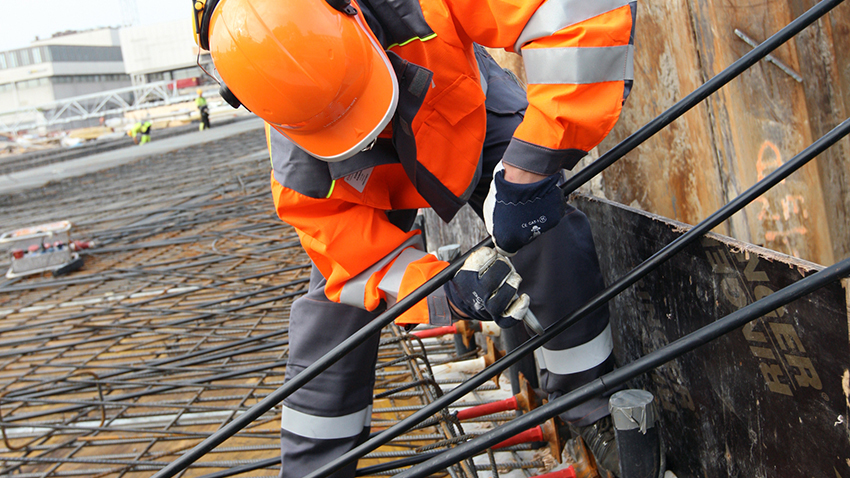 Post-tensioning is hardly taught in school. This means that those who come to work in the unit usually don’t know the details of the work, which is why careful orientation and on-the-job training are important.

“We don’t open up the whole job description at once, but we break an employee in one task at a time so that they can have these experiences of success while learning. The time span is always several months. For example, Project Manager Joachim Björnström and Project Engineer Katri Ilvonen were new to post-tension work when they started working in the unit. However, an open-minded and enthusiastic attitude has helped them become professionals in the field in a short period of time. We have low staff turnover, although we have grown rapidly in recent years,” says Mikko Toivonen.

As learning the job takes a long time, an average of two and a half years, stability is important to the unit. Being interested and enthusiastic about the work and having a good team spirit keeps the team together.

“Working in a unit requires patience, organisational skills, and the ability to prioritise one’s own work tasks independently. We give freedom but also expect responsibility. Our work management needs to be particularly well informed at all times, as we may have a dozen construction sites running at the same time. Following those schedules sometimes requires something like juggling skills,” says Mikko with a laugh.

In addition to Group’s own construction sites, the unit also provides services to other construction companies. In addition, Mikko also does planning and design guidance as he had a 21-year career as a designer of post-tensioned structures before joining YIT through Lemminkäinen in 2011.

He also leads a course on exceptionally complex concrete structures for foremen and gives lectures on the consideration of site implementation in the design of post-tensioned structures for structural designers.

“I think it’s important to share the information one has accumulated over the years. I’m happy to talk about the services of our unit. It’s in my job description to help start the process of designing post-tensioned structures across segment boundaries and to optimise structural solutions. I’m also happy to speak about the possibilities of a post-tension alternative in any project when choosing a frame solution. Feel free to stay in touch!” 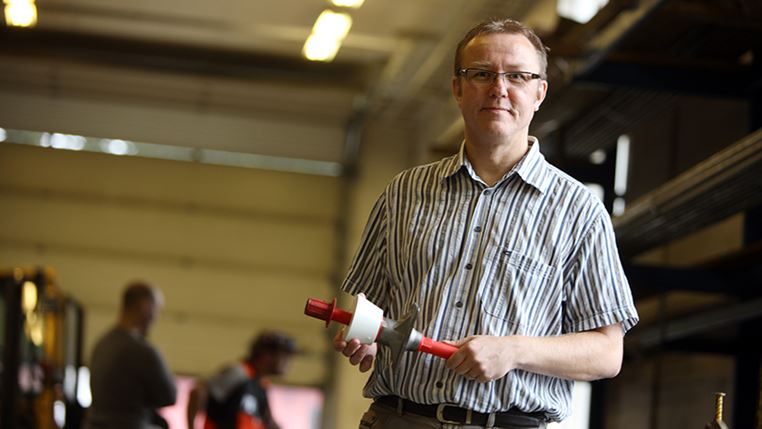 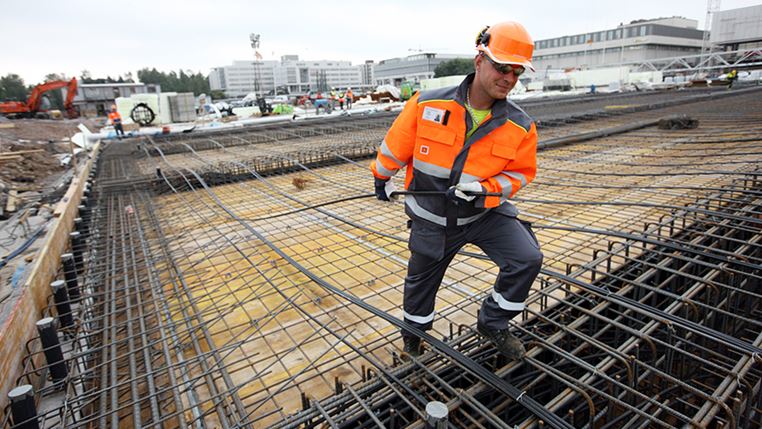