At the same time as new tram lines are being busily built in Greater Helsinki and Tampere, the opportunities provided by rail connections have also become a hot topic in many other areas. The new coming of rail traffic is primarily based on the requirements set by sustainability and a denser urban structure.

All signs point to a tendency for cities to increasingly invest in rail traffic in the 2020s. The trailblazer of the new coming of trams in Finland, Tampere Tramway started its operations in August 2021. When it comes to the capital region, Jokeri Light Rail as well as Kruunusilta Tramway Alliance are currently in progress. A tramway connection to Kalasatama is also under construction. HKL drew up before COVID-19 a large-scale investment plan according to which it will invest a large sum in rail projects in the next decade.

Why are different kinds of tramway and rail projects still popular at the moment? According to Antti Korhonen, head of YIT’s railway and track construction unit, their popularity is increased by the sector’s global mega trends.

“Different sustainability requirements, urbanisation and general demographic changes have made cities take note of rail solutions as an option. Environmental matters alone are a key driver. The change begins with cities wanting or being forced to reduce their carbon footprint, which is also evident in the subsidy policy. The reduction of carbon emissions has been set as a political target at both the national and EU levels. That’s why subsidies are focused on public transport projects – specifically on rail traffic,” says Korhonen.

The environmental effects of rail traffic are directly visible in the daily life of city dwellers. Local emissions are drastically lower compared to car or bus traffic. Even though trams, trains and even metro trains do generate dust, they do not need studded tyres that cause wear and tear on road surfaces. The noise levels are also lower. 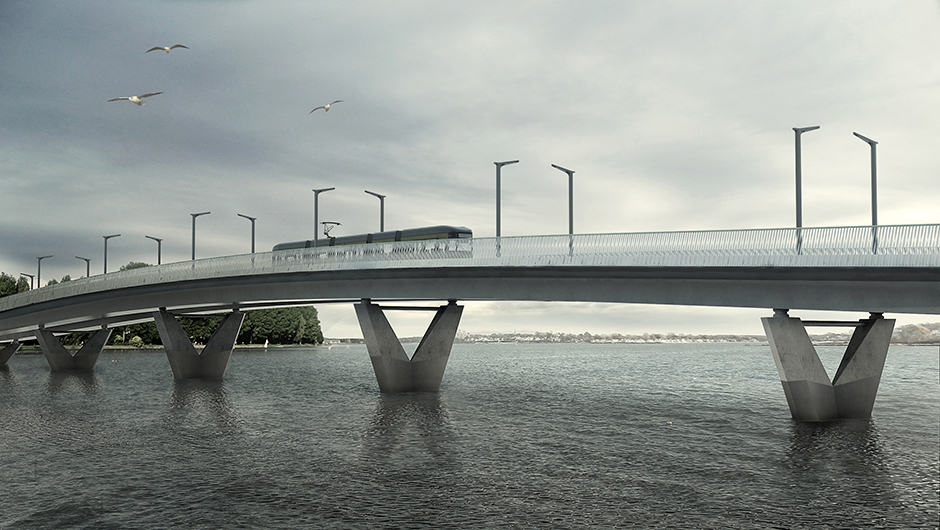 “Rail connections are worth building once a city is dense enough with sufficient population clusters. When it comes to train traffic, the major influence here in Finland is the triangle formed by the three major cities, Helsinki–Tampere–Turku. Plus the eastern border on top of that. When planning fast connections, the goal is usually to enable passengers to travel to cities from farther away in the same amount of time,” explains Korhonen.

According to Korhonen, the development plans also include in-city train connections in many areas. Even in a smaller place, a city train may offer a connection to the stop of a future high-speed train.

“Tramway projects are a different story. In terms of places where a tram is suitable, sufficient population density is a key factor. In Finland, this means specifically Greater Helsinki. For example, plans are under way for a new Viima quick tram line to the western inner city as well as Malmi airport. Espoo and Vantaa are also holding their own internal discussions regarding tram lines.”

Antti Korhonen’s assessment regarding the importance of population density is backed by academic studies. Professor Jeff Kenworthy, who specialises in traffic planning and who was a speaker at YIT’s Sustainable urban environments event in the autumn 2019, has discovered on the basis of international comparative studies that the preconditions for public transport in a city are good if there is a minimum of 35 inhabitants per hectare. In Finland, Greater Helsinki has a population density that is close to this threshold.

On the other hand, professor of urban design Kim Dovey has targeted a 20-minute city where all necessities can be reached within 20 minutes. In the case of larger cities, at least, this requires a dense structure and a well-functioning public transport system.

In the opinion of Juha Kostiainen, EVP, Urban Development, YIT, traffic systems provide an example of how a city’s previous choices inform its future opportunities. The car-based approach adopted by many cities has resulted in spread-out urban structures.

“Cars are not going to disappear in a rush in Finland, but, as cities become denser, there is increased pressure to provide public transport as well as bicycle and pedestrian traffic options. The only other option is to create more road space,” Kostiainen says in his blog.

Based on his studies, Jeff Kenworthy has identified several reasons to favour rail-based public transport. The results indicate that cities with strong rail systems have the lowest number of traffic deaths, the fastest public transport systems and the highest rates of public transport use. 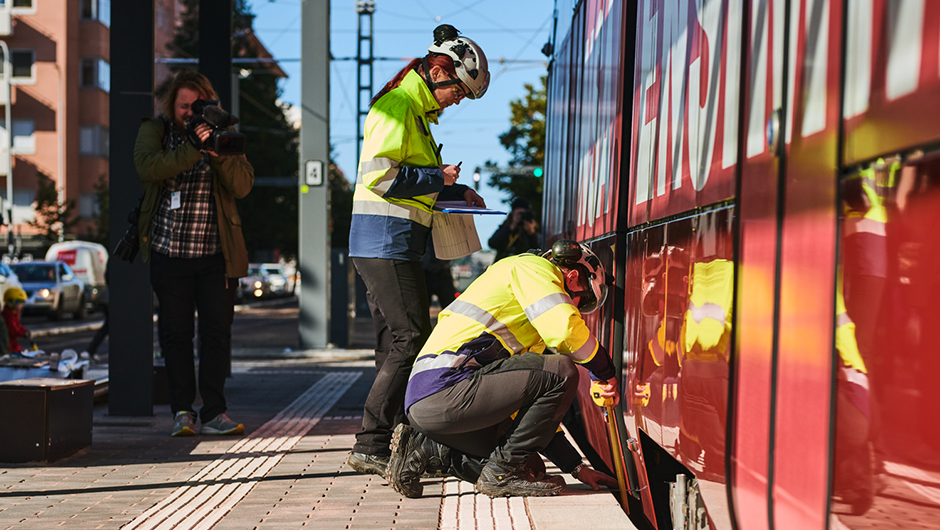 As the new tramway in Tampere started the dissonant voices from the construction period disappeared almost entirely from public debate. Tampere has also drawn up a regional plan, which includes new tramway lines.

“The residents are the ones who benefit most once the tramway network is extensive and running. To some degree, the increased popularity is down to a shift in the way people think. During the coronavirus pandemic, people have spent more time at home but, over the longer term, many city dwellers seem to be choosing their home based on how quick and easy it is to move around without a car. It is saying something that in Helsinki, for example, most 18-year-olds get a driving licence nowadays,” explains Aleksi Laine, Senior Vice President, Traffic infrastructure, YIT.

Cities are open-minded to constructing railway connections, especially in areas where the majority of the project’s financial benefits are due to rising property prices and urban development potential. Many cities carefully calculate the degree to which the construction of a rail connection translates into an increase in value through property development in a certain area.

“In the future, localities within an attractive travel chain will be the most successful ones, even in growth areas. Municipalities and areas that invest in rail traffic will attract more people. Rail connections are arguably the drivers of growth from a traffic point of view.” 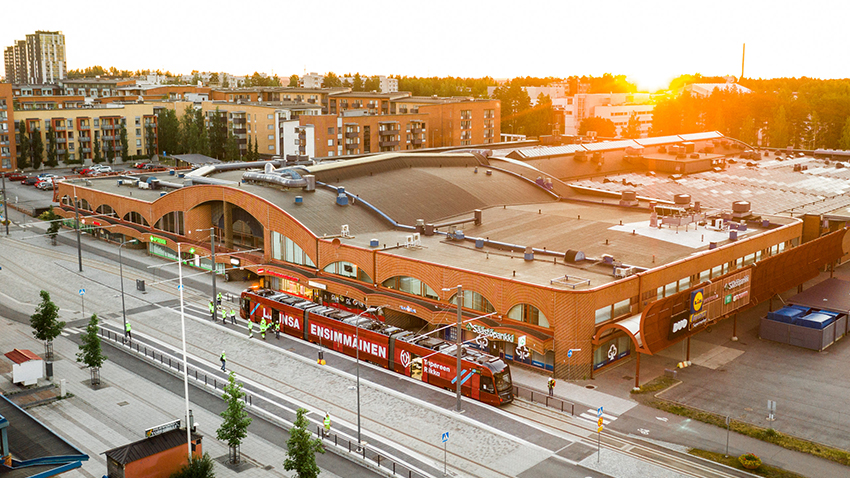 Rail project succeeds when the goals are mutual

YIT is currently involved in many different rail projects. Why YIT?

“Rail construction and alliance-type projects are a particularly good fit for YIT because they require many of the things that are covered by our diverse skill set. We are familiar with depot construction, and rail projects in general are fairly run-of-the-mill infrastructure projects. Important factors include different kinds of pipe transfers, building new connections, road technology and bridge technology. In theory, the required competencies are the same regardless of the mode of transport,” says Aleksi Laine.

According to him, an alliance is the best model for a rail project because extensive rail projects are very complex due to the environment in which they are implemented. There are many interfaces and a lot of uncertainty involved.

“Of course, alliance projects pose a similar number of challenges as any other models. The best thing about an alliance is that the model creates shared objectives for the client, designer and constructor. There is not a lot of infighting in alliances. Instead, challenges are tackled together. Less arguing in projects also means clear savings for taxpayers.”

The story was published first in October 2020. It was updated in November 2022. 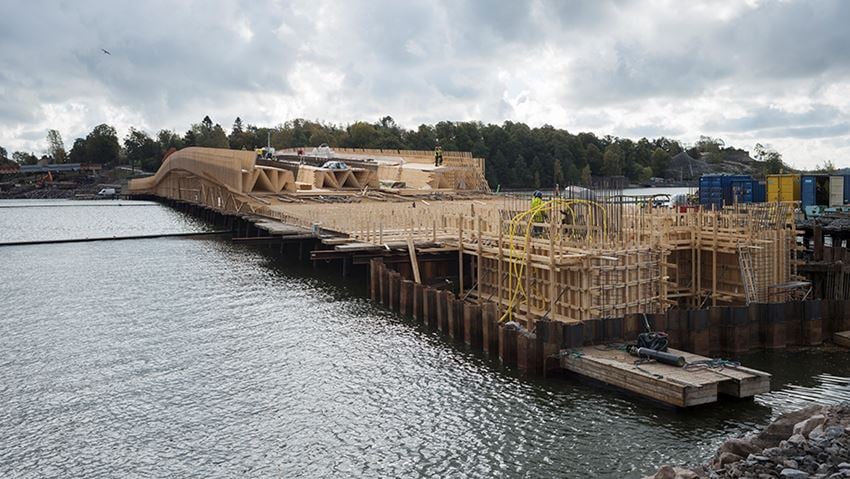