Workplace for some, traffic jam for others – road construction work brings out many kinds of emotions

How does it feel to be at work in a place where your work is visible to thousands of people every day and widely commented on in both newspapers and on social media? YIT's professionals working on road and rail construction sites and in road maintenance know a lot about that.

All of us are sometimes in a hurry from one place to another. We don’t want to face unexpected obstructions in such a hurry, like a road construction site or a snow plough.

Although these obstructions might be annoying, YIT's Site manager Aki Partanen has noticed that the vast majority of road users still follow the given signs and curse the delay only to their fellow passengers. However, not all act like that.

“I remember this one time we had closed a small section of the road to traffic in Helsinki. A car approaching the construction site just drove right into the construction site area, ignoring the prohibition signs. The foreman went to stop the car, but the driver just pushed forward. The car made its way through the entire area – and continued as far as the yard of the car dealer just next to the site. Along the marked detour, the same trip would have taken maybe one minute longer. It was such a reckless thing to do that we called the police,” says Partanen, who is now working on the Crown Bridges-alliance Hakaniemi subproject.

He hopes people would have patience and more respect for the road work signs.

“The road work sign always indicates an exception to the normal. In this case, it is necessary to lower your speed in accordance with the speed limit signs and take the surrounding area and activities into account a little more closely. Otherwise, it may endanger your own safety and that of many others.”

This story by Partanen is just one example of the experiences of people working on road construction sites.

It's not quite an ordinary job. Think about how it would feel if, during the working day, thousands of people walked past your workplace and watched you at work, with some even commenting on it, either directly to you or on social media.

For example, Antti Mustajärvi from YIT's Infrastructure Projects has a lot of experience in getting direct feedback. He is the Area Manager of one of the production blocks in the Jokeri Light Rail project. They are building a fast light railway line between Itäkeskus in Helsinki and Keilaniemi in Espoo.

“Just recently, this one guy gave us the finger and almost ran over us. Of course, that does not feel nice. Fortunately, there are far more of those with their thumbs up than those giving the finger. For example, on Leppävaarankatu street in Espoo, the detour passed through the construction site, and these gentlemen who have themselves worked on building construction sites stopped at the site regularly. Some exchange a few words, and a few have also given advice. We have gotten along well with them,” says Mustajärvi.

“Only occasionally do we get any comments from passers-by at the construction site. We do notice that people are interested in the project. Many stop to watch us working, some take photos, and some fathers explain what’s happening on the site to their children. The actual feedback we receive via electronic channels, especially discussion forums and social media,” says Selonen.

“If we would take all the social media feedback and readers’ opinions on newspapers personally, we would feel quite bad all the time. Sometimes it feels like people complain about such small details in the discussion forums and social media,” says Mustajärvi.

Both still emphasise that feedback can be much more than just complaints. Often, the comments have raised some important issues and resulted in taking corrective actions.

“They just stand around again doing nothing”

“A lot of people walk past the road construction site every day, and everyone has smartphones with cameras. That means that it’s better not to curse or make a racket at the site, but all workers should keep their cool. Of course, when actually working in traffic, we must, of course, stay calm and collected. However, if there’s an accident or we make a mistake, it is immediately seen and heard – and, nowadays, usually first through social media,” reminds Aki Partanen.

One of the most common recurring comments on social media is related to the pace of the work. Some passers-by always seem to think that “again they’re just standing around on the construction site doing nothing”.

“For example, the Tampere Tramway is progressing according to budget and schedule. It hasn’t been achieved just by standing around,” says Selonen smiling.

According to Partanen, the joint municipal engineering work site (YKT) cooperation model has made the activities of the various parties smoother and reduced the time inconveniences caused by construction sites in construction projects with customers or their contractors working simultaneously or sequentially. At the same time, he points out that with earthworks the work is done underground and there’s always the possibility of surprises that will change plans.

“It is typical of road and infrastructure projects that you can never be completely sure what you will find when you start digging. Even thorough plans are indicative, which requires responsiveness, flexibility and reflection from the operators. Sometimes, you just have to stop working and talk,” says Mustajärvi.

It is also good for those who comment to remember that in every job you sometimes encounter surprising situations that require some thought. In office work, for example, you don’t usually work outside, so no one sees, photographs and shares what you are doing on social media. 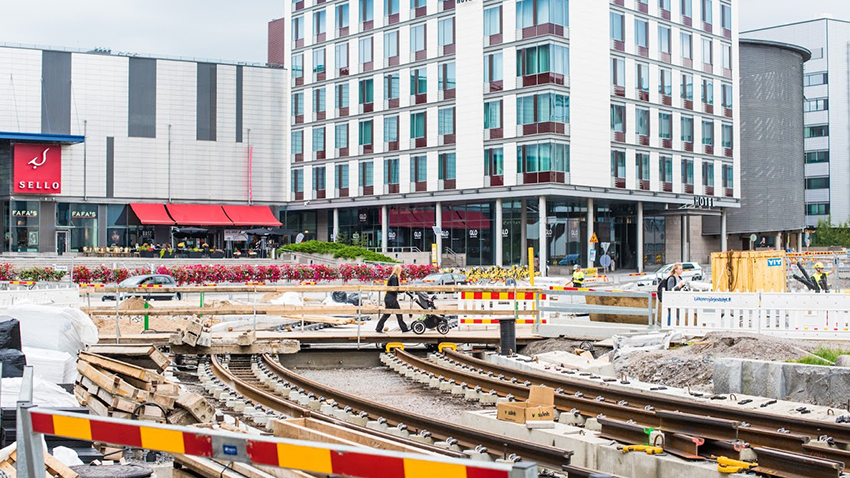 The infrastructure workers who are dealing with maintenance come across the most surprising situations. In their work, surprises are caused especially by the ever-changing road conditions and weather.

“We have a comprehensive up-to-date situation picture based on weather forecasts, observations and assistive technology. However, in the countryside, road weather stations or weather cameras can’t be found everywhere. In addition, getting plowing equipment on site, for example, always takes a while. During that time, the weather may already change. That is why it’s always important to discuss the situation with colleagues as well,” says Tuija Peltola, who works as a Site Manager in the Lahti maintenance management contract.

According to her, feedback starts to come in if, for example, road users feel that a stretch of road has not been ploughed often enough. However, do road maintenance workers also receive praise for a job well done?

“For us, silence is a good sign, that’s when people’s daily lives are running smoothly. It is therefore important that those who work in road maintenance give praise to each other because it is rarely received from outside the work community. A bad snowstorm is an exceptional situation that messes up everyday routines for most people, but in road maintenance it is also a situation where you really feel like you are getting things done. The whole fleet is working at the same time and, once the storm is over, it is a victory for us all. That’s when you feel that you’re doing something important for road users, and society as a whole.” 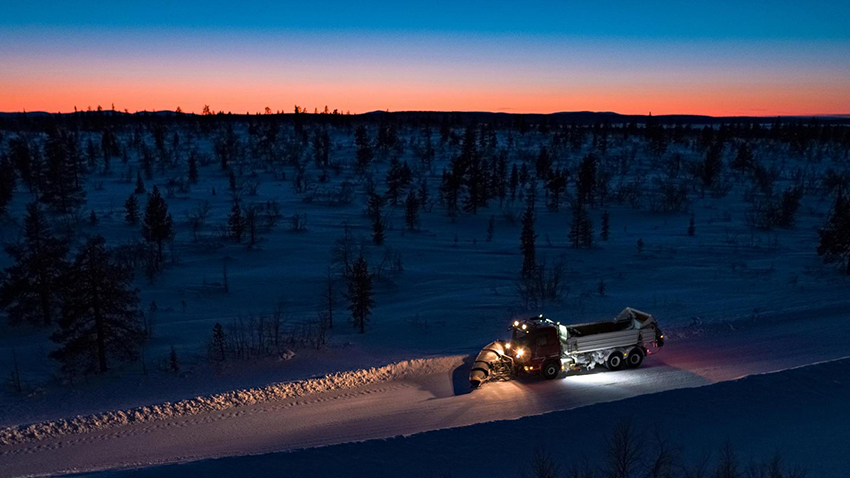 The more the site is finished, the better the feeling

Also on road and rail construction sites, very few thanks or compliments are heard from ordinary road users.

“It’s easy to think that construction sites are slowing down traffic and your own pace. In a hurry, few people stop to think that without road work, traffic would gradually cease altogether. However, temporary traffic arrangements are the lesser evil,” says Erkka Selonen from the Tampere Tramway project.

He specifically tried to join the tram project as he lives in Tampere and wanted to be involved in making a new and significant part of the city's future.

"Then there's something to look back on when I’m an old man."

Now, all the rails of the Tampere Tramway have been installed and the tram test runs have begun. Selonen has noticed recently that people's attitude towards road construction in the area has become much more positive.

“During the first two years of construction, the residents were running out of faith. It felt like every place in the city was torn open. Last year, 2019, was a turning point—that’s when we started to get the roads back to normal use. The mood now has increased even more as their very own Tampere Tramway has already been seen on the tracks. A lot of people had gathered to watch the first test runs, and many had smiles on their faces. The test run group told us that someone had even cheered,” says Selonen. And he promises to give a big cheer himself once the site is complete.