Many people only realise that a construction project is going on when the fence goes up around the site and excavators get to work. However, the truth is that construction is preceded by extensive planning that often takes several years.

When one of the tram cars of the Tampere Tramway, which went into service in August 2021, glides past you on Hämeenkatu, it’s easy to forget that it took nearly a decade to go from planning to having the tramway tracks in the ground. In December 2011, Tampere City Council approved the preliminary master plan that provided the foundation for further planning. In 2017, construction finally began on the first stage of the tramway along with a monumental infrastructure project involving the water pipes, sewers and cables beneath the city’s main streets.

“This has not been just a tramway project. All of the streets the tramway runs on had to be renovated,” says YIT’s Kari Simonen, the Production Manager for the Tampere Tramway project.

The first phase of the Tampere Tramway has been divided into two implementation stages in the alliance contract. The first of these two stages has now gone into service and the second stage is expected to be completed in 2024. The city aims to then continue to build the tramway towards Koilliskeskus and Pirkkala in 2025. Subsequent expansions to the tramway system have also been scheduled. Provided that these plans come to fruition, the Tampere Tramway will only be fully completed decades after its planning began.

Urban Design Manager, Architect Linda Wiksten from YIT underscores the fact that construction decisions are big decisions with a long-term impact. This is why the projects and their planning take a long time.

“The built environment and the buildings in it are intended to have a life span of at least 100 years or more. When you look at it from that perspective, the few years it takes for a project to move forward is not a very long time,” Wiksten adds. 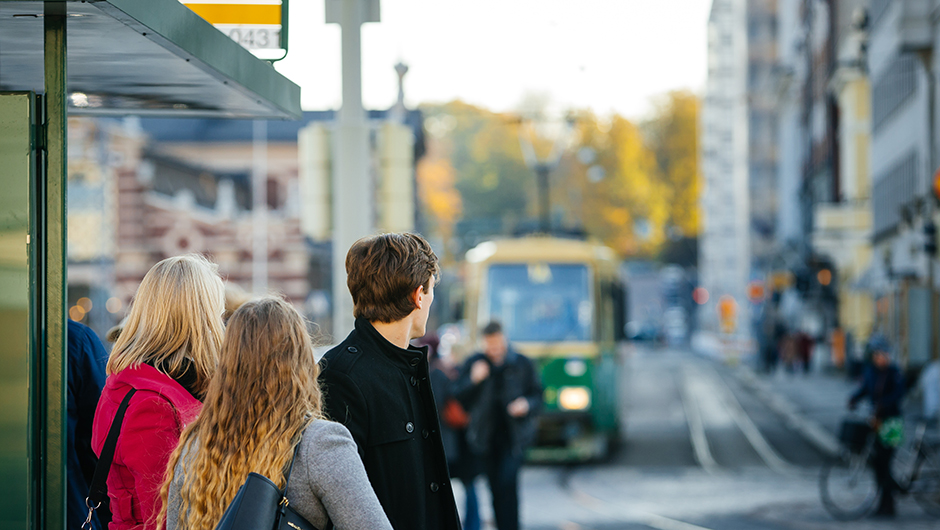 All land use in Finland is governed by the Land Use and Building Act. It is also the legislative foundation for the current zoning system, in which master plans and general plans provide the framework for more detailed zoning. The final decisions are made by municipal councils and city councils.

“This ensures that land use planning is sensible and strategic,” Wiksten explains.

“I see urban development as an expansive and ongoing process. A city is never finished – it evolves all the time,” says Aija Staffans, Architect and Senior Research Fellow from Aalto University’s Department of Built Environment.

According to Staffans, urban development can also be examined as separate projects. They are the building blocks of a city’s actual long-term development.

“There are always countless different urban development processes under way in our living environment. Projects are planned and some of them end up being realised. At the same time, cities are maintained, development is monitored and, hopefully, some lessons are learned along the way.” 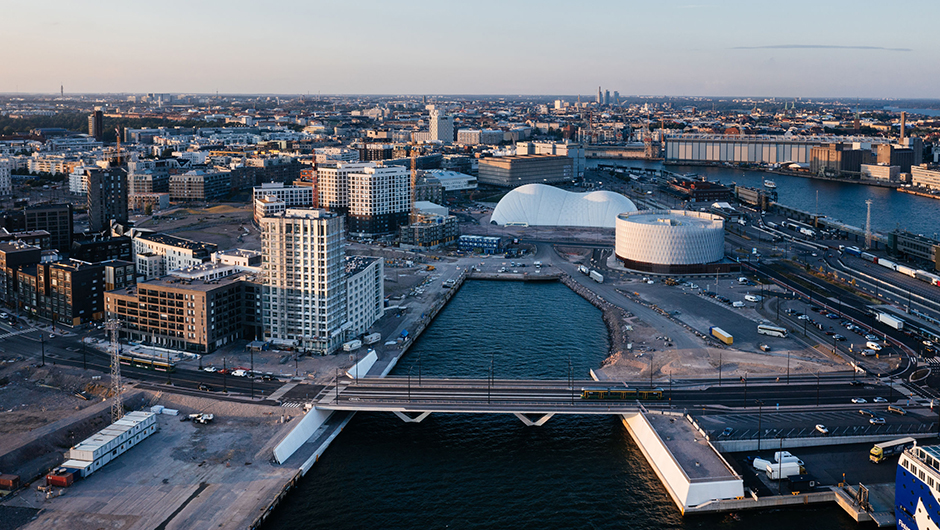 Good planning is half the battle

An infrastructure project such as the Tampere Tramway is a typical example of a long project that starts on drawing boards and in plans that might be made decades before the project is completed. Tampere has had a net migration gain for a long time now, which is why the city’s urban development needs to have a long-term view.

“For the past 100 years, some 3,000 new residents have moved to Tampere per year on average. New residents need a certain amount of new housing. Tampere’s preliminary master plan starts from an idea of how the city will expand and what forms of transport and what kinds of residential areas are needed as the population grows,” Simonen explains.

Construction projects have a long time span because their implementation involves a great deal of planning, studies, impact assessments and reviewing past studies. A lot of preliminary work is also required before the actual construction can begin. This includes, for example, acquiring land and building permits, ground surveys, the demolition of old buildings, soil preparation and the construction of missing infrastructure. 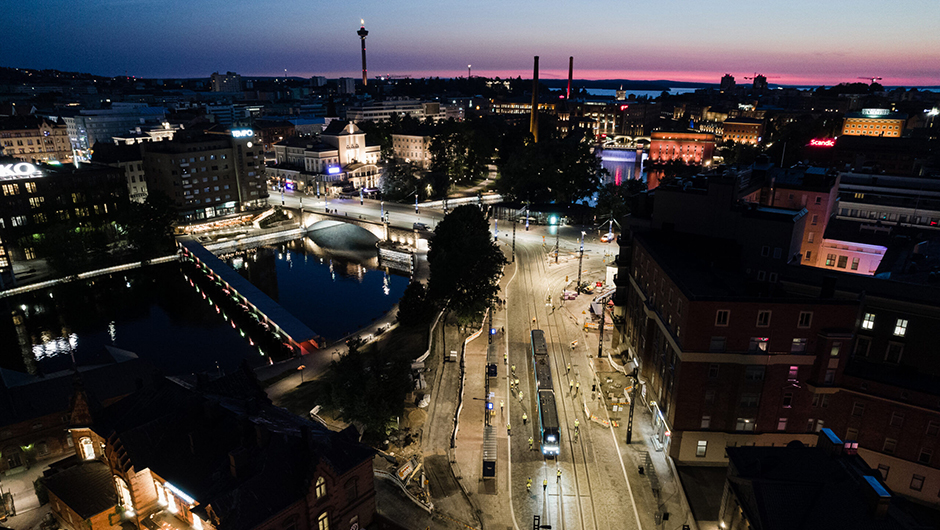 Cities are built together

While the final decisions on zoning and construction are made by municipal councils and city councils, the planning of cities always involves a wide range of private and public parties, residents, land owners and many other stakeholders. Staffans sees urban development as a coming together of different interests.

“Different public and private parties bring different values and political priorities as well as different financial, conservation-related and other interests into the mix,” Staffans says.

According to Wiksten, it is often thought that construction companies or city officials decide on construction, but actually the power lies with elected politicians. Indeed, voting is one of the most effective ways of influencing urban development.

“Even though municipalities and cities have a monopoly on zoning, they can’t engage in urban development on their own. They need to cooperate with all of the parties involved,” Wiksten points out. 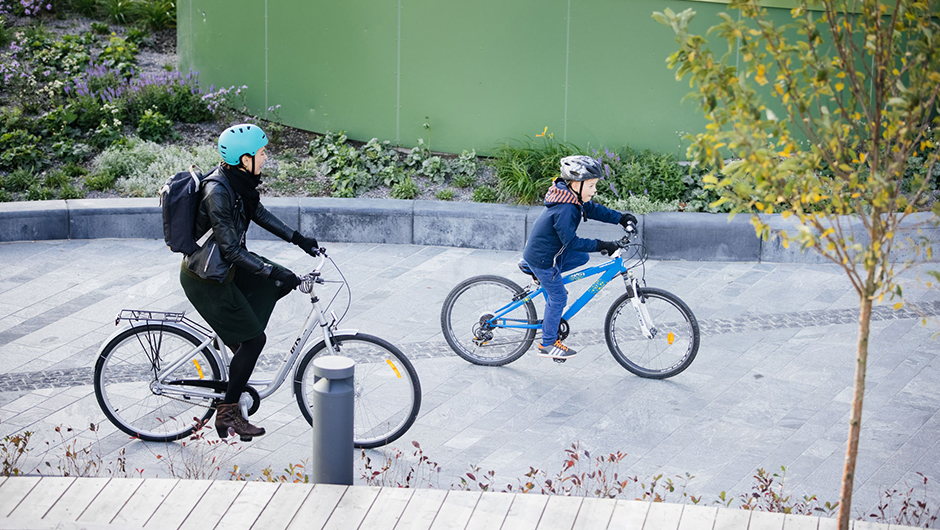 At what stage is it possible to exercise influence?

In the planning stage of the Tampere Tramway, various user groups along with rescue services, public transport and streetside properties were heard and efforts were made to reconcile the needs of the various stakeholders involved. According to Simonen, street-specific events were also held when the work was about to begin, giving people the opportunity to ask questions and discuss the project.

The elements of cooperation and participation are defined as being part of the urban planning process. In zoning, the various plans at different levels each have at least one commenting period for the residents to express their opinion. In many cases, there are multiple opportunities to exercise influence as the planning process moves forward.

“Zoning starts with a participation and assessment scheme, which is the first opportunity to influence things. The second opportunity to exercise influence usually occurs before the plan is submitted to the city council. The decision-makers are informed of all of the feedback submitted by the residents through the official channels. In addition, events are held for most projects to allow people to meet with those who prepared the plan and to hear from them, ask them questions and discuss issues with them directly,” Wiksten adds. 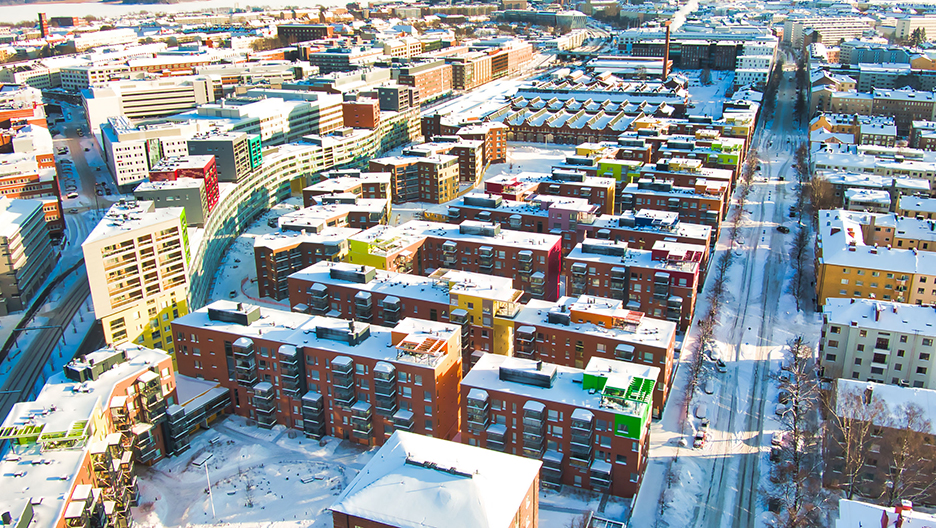 “The stage of creating the local detailed plan is usually a good time to exercise influence but, sometimes, even that can be too late if the major decisions have already been made in the local master plan that looks several decades ahead.”

In the Tampere Tramway project, the local residents have had the opportunity to exercise influence in various ways in addition to the cooperation and participation involved in the planning process. For example, the red colour scheme of the tram cars was decided by a vote. The Tampere Tramway project has involved a great deal of interaction and that has produced good results.

“Extensive negotiations were held with brick-and-mortar retailers, for example, on how they can carry on their business during the construction work. When the renovation was completed, the feedback was very positive,” Simonen concludes.

How are cities developed in Finland?