For most of the respondents the city they currently reside in is “the city of their dreams”.

If practical considerations such as money and location were no obstacle, the city in Finland that Finnish city dwellers would most like to move to is Helsinki, with Kamppi and Punavuori at the top of the list of the most attractive districts.

These are results from the Sustainable Urban Environments 2019 barometer**, a survey of more than one thousand Finnish city dwellers conducted by YIT and Prior Konsultointi in autumn 2019. 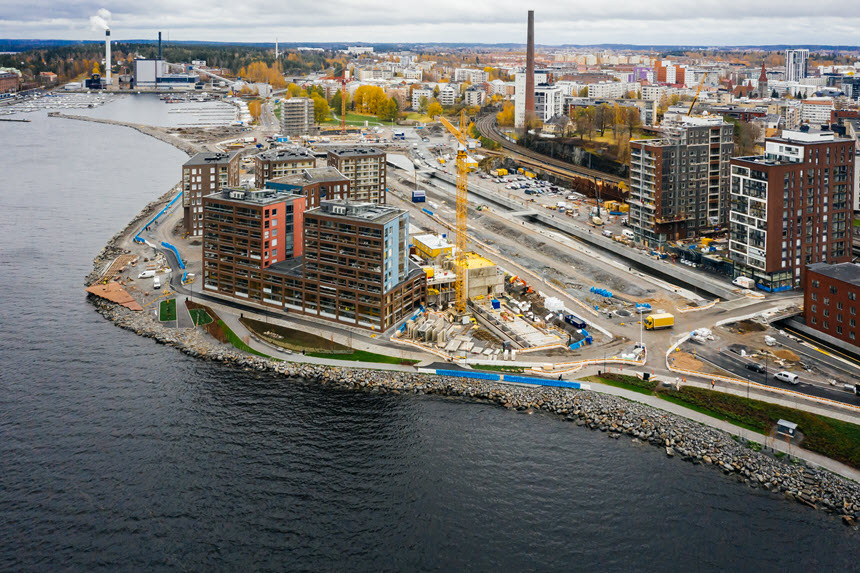 The list of the most attractive city districts (n=210) included — in addition to the previously mentioned Kamppi and Punavuori (11% of the total mentions) — Eira, Kaivopuisto and Ullanlinna (10%), Kallio and Kalasatama (7%), the Helsinki city centre (6%) and Töölö (4%).

The respondents highlighted three main factors that make a city or district attractive: 1) proximity to nature, 2) availability of local services and 3) good transport connections (n=250). The factors that received the next-highest numbers of mentions were comfort, safety and beautiful architecture.

*Sustainable Urban Environments barometer 2019
The Sustainable Urban Environments barometer survey was conducted for the second time in 2019. The survey is targeted at the residents of eight cities: Helsinki, Espoo, Vantaa, Tampere, Turku, Oulu, Jyväskylä and Kuopio. The data was collected by an online panel administered by CINT Ab during September 16–27, 2019. The number of respondents was 1,022. The sample is representative of the 18–75-year-old population of the participating cities in terms of respondents’ age, gender and the size of each city.

A GLAZED BALCONY IS THE #1 WISH AMONG CITY DWELLERS