The future of construction projects is built through shared objectives, information and processes.

In addition to digitalisation, the transformation of the construction industry is accelerated by the changing division of responsibilities, cooperative project models and compatible processes. Robots will only have the chance of taking over construction sites once the processes have been shaped and standardized with regard to the operating conditions and tools.

When the discussion turns to the digital transformation of a given industry, people often think about humans being replaced by machines. These types of visions can also be found in the construction industry. In autumn 2016, for example, it was predicted that thousands of workers who build skyscrapers in London might soon lose their jobs to robots.

However, a construction site is not the easiest working environment for a robot. Olli Seppänen, Professor, Operations Management in Construction at Aalto University, points out that work on building construction sites rarely goes exactly according to plan from start to finish. Plumbers, electricians and carpenters, for example, often need to improvise in their work. Robots – at least those of the current generation – are not at their best in a constantly hanging physical environment where there is a need to come up with creative solutions.

“I would start by making construction processes more standardised. This would mean having a common up-to-date view of the situation and the standardisation of other digital tools, for example. It is only when people are able to operate on a building construction site without having to improvise that the site will be ready for robot workers,” says Seppänen, whose research interests include the development of site operations and design management as well as various applications for establishing a view of the current situation. 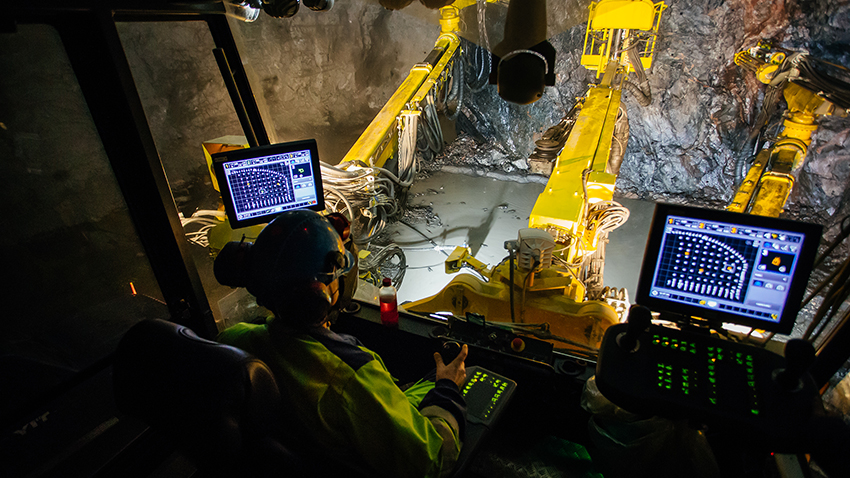 The constructor’s role is growing

Juhani Nummi, Executive Vice President, Operations Development at YIT, has noticed that robots and other individual technologies understandably get most of the headlines in the discussion about the future of construction. Nevertheless, it is at least equally important to pay attention to megatrends such as climate change as well as the industry’s structural changes and developments related to the division of responsibilities.

“One driver of change that influences the division of responsibilities in the industry is the growing focus on self-developed business. Traditionally, the constructor has held the role of a contractor that proposes a price for a finished plan created by the customer. In the self-developed business model, the constructor takes on a much larger role by taking on sales risk and putting the entire project together. This means that the constructor gets involved earlier in the planning and design phase and remains responsible for a longer period of time after the project is completed. This benefits all of the parties involved,” Nummi says.

According to Nummi, self-developed business is linked to an increase in customer orientation and added value. The construction company is no longer a contractor that participates in competitive tendering. Instead, it creates the ideal solution for the customer by putting various pieces together. By doing this, the construction company moves closer to both ends of the value chain.

“At YIT, the early part of the value chain is represented by sustainable urban development, which creates opportunities for proposing ideas and development suggestions to municipalities as early as in the zoning phase. At the other end, you have things like the full life cycle of housing and work and the services that go with it. They are driven by the customers’ needs concerning the conditions in which they operate. The customer does not necessarily want to own a wall – it is more important for the customer to have the right premises and conditions for a home or workplace. In the future, these factors will be increasingly taken into account in all stages of construction projects,” Nummi believes. 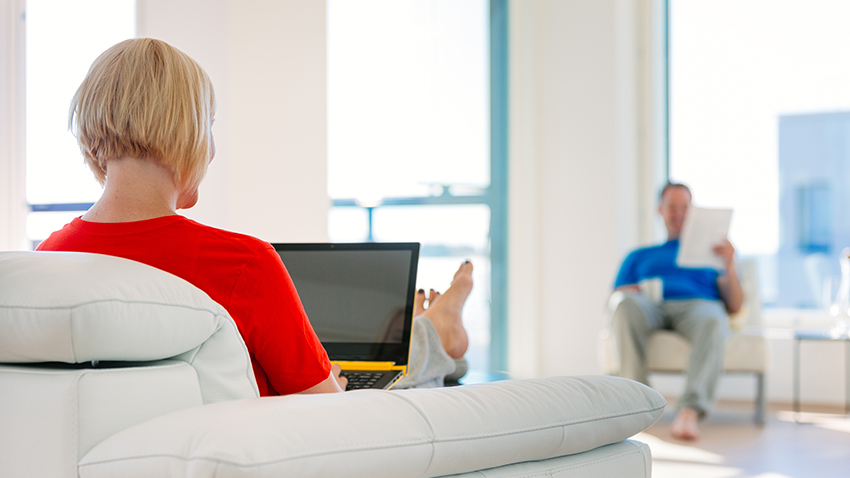 At the centre of the value chain is still the core of construction operations – project implementation – but even that is changing. Alliances and other cooperative project models have grown in popularity over the past few years. Cooperative implementation models are also useful in smaller projects.

“Traditional project implementation models tend to be win-lose propositions. One party’s gain is another party’s loss. I believe the popularity of the alliance model is driven by the fact that it allows the various parties to align their interests. When everyone – from designers to end users – is in the same boat, you can operate more sensibly from everyone’s perspective,” Seppänen says.

He points out that difficult discussions will always happen in construction projects, regardless of the project model. However, in cooperative projects, these discussions tend to be held in earlier stages. This means that the shared rules and procedures are known by everyone when the real action begins.

“When the difficult discussions are held at the beginning, the trust that is essential for the group’s operations is measured even before the actual work on the project starts. This tends to strengthen the cooperation. It is no wonder that more conventional contracting models have also begun to have more cooperative attributes,” Seppänen notes.

“The popularity of cooperative models is also increased by various reasons related to the employee and customer experience, such as openness, interaction, working towards a common goal and being more attentive to the needs of the end users,” Nummi says.

The practical operations and trust in alliances can be supported by digital solutions that increase the transparency between the partners. For example, a digitally generated view of the situation is always up-to-date and allows the parties to ensure that the project is progressing in a fair manner from everyone’s perspective.

“In an effective alliance, participating in the sharing of information is in everyone’s interests. When everyone’s margins and bonuses are increased by shared success, there is greater motivation for openness. This means that, in a way, new technologies go hand-inhand with the development of contract models,” Seppänen adds.

The construction site in 2030

The digitalisation of construction is progressing on multiple fronts. Construction sites are seeing growing use of sensors, cameras and artificial intelligence, for example. These technologies collect and refine data, accelerate the flow of information, increase transparency and free up people’s time to engage in the tasks that represent their core competencies.

“Construction site automation eliminates manual work related to data collection and entry, for example. In the future, a worker or robot can go around the site every day with a 360-degree camera along a fixed route. The data captured by the camera is analysed by artificial intelligence and gives all of the parties involved a real-time view of the situation. This saves time by reducing the number of site tours needed,” Seppänen explains. He believes that, in 2030, it will be possible to get a comprehensive and up-tod-ate overall view of a construction site’s current situation without visiting it in person.

The amount of data generated on everything is continuously increasing. This makes it possible to establish an overall view of even a large construction site, which makes it a lot easier to deal with the challenges of site management. Data accumulated from various construction sites will also make it possible to anticipate problems before they happen. The efficiency of procurement and logistics will also be improved. More accurate supply chain management can be used to reveal the exact stage of production of specific elements and calculate the optimal timing of delivery to the site. 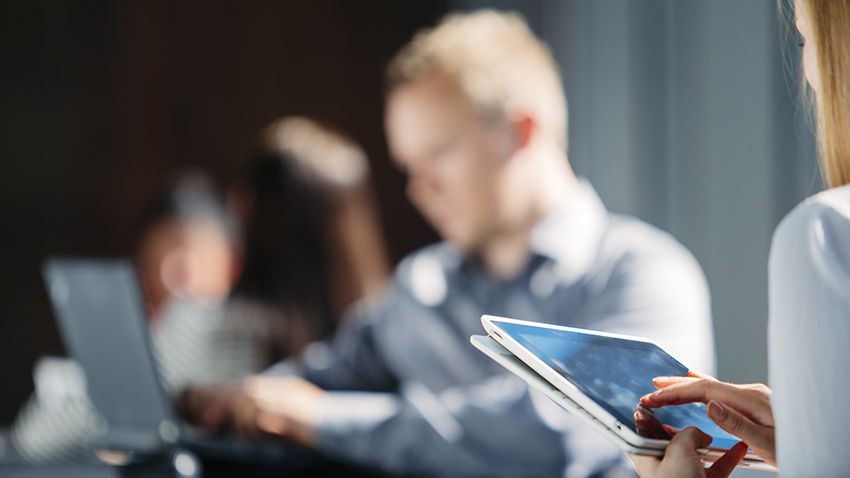 But what about robots? How soon will we see them on construction sites?

“In building construction, the first move will be to use surveillance robots to take photos and videos on construction sites. For a robot to work independently at a construction site to lay bricks or install wall panels, for example, the production process would need to be harmonised and standardised. In the prefabrication of construction elements, on the other hand, much more extensive robotisation is already possible.

Nummi shares the view that robotics and automation will first be used in industrial construction in prefabrication operations. In industrial construction, parts of buildings are built indoors and subsequently put in place at the construction site. This significantly reduces the number of on-site work stages. Modules can be produced to a very high degree of completion in dry factory conditions.

“In industrial construction, the product, plan, prefabrication and on-site installation are linked together to form a seamless chain. The takt time approach and logistics play an important role in this.”