In this case study of takt time production, the lead time of one project stage in a tramway construction project was reduced by 60% compared to unbalanced production.

Low productivity is a long-term problem in the construction industry, resulting in long lead times in projects. The production control methods used in construction have remained unchanged in spite of construction having become increasingly complex due to the impact of the digitalisation of designs, new technical disciplines and the alignment of various stakeholder interests.

In flow production, the use of resources is balanced across tasks and incomplete production is minimised. Takt time production utilises flow to create a smooth production process in which recurring steps take place in a continuous flow, by takt area, in takt time blocks of equal duration. This means that the rate of performance in all production sub-processes is balanced.

The takt time approach has not been previously piloted or used in tramway construction.

Especially in densely built urban environments, the problems faced during construction operations include limited space and unpredictable soil conditions. One of the biggest problems of takt time production is considered to be variation, or the lack of repetition, in tramway construction. Identifying repetitive stages in construction processes is also seen as a challenge.

The efficiency of takt time production can be improved by implementing appropriate changes in contract management, day-to-day management and logistics. Takt time production can be used to achieve reductions in construction lead times at least in individual construction stages and street sections. In addition to the cost savings derived from a more condensed schedule, reduced lead times also have other benefits, such as the improved public image and acceptance of the project, the easier organisation of work, smoother work and making the work more meaningful and rewarding.

Substructure and superstructure construction is characterised by relatively low variation, which makes takt planning feasible for long street sections with a sufficient degree of continuity. Creating the work phases is possible thanks to resources specialising in particular tasks, which makes the process logically pull-driven.

The balancing of tasks is the most challenging stage of takt planning. Resource utilisation needs to be based on the technical aspects of implementation to enable takt time production. In this case study, balancing production reduced the lead time by 60% compared to unbalanced production. 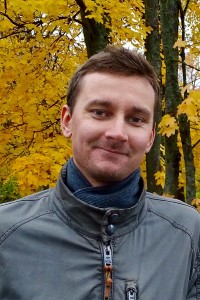