We asked for questions about rock engineering via social media and you sent us some really good ones. Thank you! - For example, did you know that each car at an underground construction site has a hand fire extinguisher or that rock scalers use machines to remove loose rocks from tunnel walls and ceilings to improve occupational safety and make working easier?

1. What does rock support work mean? How is it done in practice (equipment, materials, etc.)?

Rock support work refers to the mechanical reinforcement of the rock by tying loose boulders together to form a uniform, strong structure. In Finland, the typical rock support work methods include rock bolts and shotcrete.

The rock surface is shotcreted using shotcrete equipment – in practice, a concrete pump and hoses – through which the mass brought from the concrete station is sprayed onto the rock surface via a rotating nozzle called the trunk. Often, small steel fibres are mixed in the shotcrete mass to make the structure stronger. In some special cases, plastic fibres can also be used. A steel mesh may be installed between the shotcrete layers for additional strength.

The rock is also sealed by injecting, that is, by drilling holes in the rock and using pressure to inject usually concrete-based sealing material into them.

2. Is the employment situation in rock engineering good?

The number of trained rock engineering professionals is limited, so their employment rate is high.

3. What kind of rock engineering jobs are there?

A typical underground rock construction site employs at least drillers, blasters, plasterers – i.e. shotcrete equipment operators – equippers and bolters. In addition, to handle the loose crushed rock, there are loaders and drivers as well as a scaler to tidy up the rock face. Because a lot of big machines are required for the work, the construction site usually also includes a mechanic to maintain and repair the machinery.  A measurement technician is also needed in rock engineering.

In addition, the construction site requires foremen, site engineers as well as a site manager whose tasks depend on the scale and nature of the site. 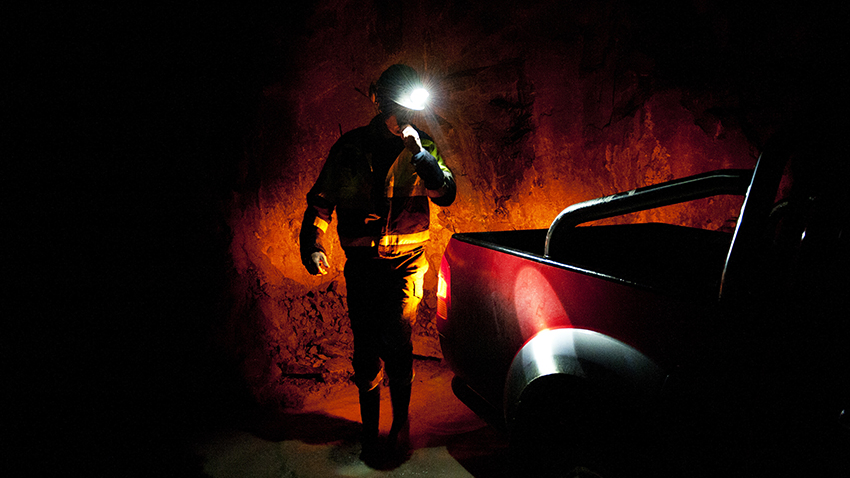 4. Do you work at the Agnico Eagle mine?

Yes, YIT has several projects underway at Agnico Eagle’s mine in Kittilä.

5. How are fire safety and evacuation taken care of underground?

Particular attention is paid to fire safety underground because a fire in a tunnel space is always a major risk. All machines used underground, including passenger cars, are equipped with a hand fire extinguisher for first aid extinguishing. Many big machines are also equipped with an automatic or manually started extinguishing system in the engine room. Hot work, such as using an angle grinder or welding, is only performed by persons with a hot work card as well as a site-specific hot work permit. This work is only ever performed according to a separate plan. An evacuation and rescue plan is always prepared for the construction site and there are also occasional drills. At large, long-term construction sites, it is also possible to bring rescue containers into the tunnel, where the personnel can take shelter if the exit routes are blocked. Employees working in underground mines also carry a personal rescue device, either on their person or in a vehicle. The device is a kind of an oxygen mask that can be used when relocating to a shelter or outside.

6. Has anyone ever been trapped behind a cave-in?

Cave-ins in tunnels are generally rare round the world, and in Finland, they occur extremely rarely. YIT is not aware of any such events.

7. I have often wondered that when a concrete wall is cast in a tunnel dug in rock, how do you manage to cast it all the way up, as you will run into rock up there?

The mould is made according to the shape of the rock and sealed around the edges. Pipes can be installed in the top of the mould and in other places to check that the mould is full. The casting itself is performed using pressure.

8. It would be nice to try working for a day underground to find out what a typical working day entails.

A shift at the construction site begins with an update on the situation. Excavation work is often shift work, where you take over from where the previous shift finished. At big construction sites, specialists, such as drillers and blasters, spend the whole shift performing their own tasks, whereas everyone is responsible for things like site safety, tidiness and keeping things in order as well as taking care of the equipment they use.  For example, a driller takes care of the daily maintenance and minor repairs of jumbo drill rigs, either alone or together with a mechanic. At small construction sites, for example, blasting work may take half of the shift, and for the rest of the shift, the blasters take care of other tasks necessary for the progress of the work, such as building electricity, ventilation and water lines in the new excavated space. Electrical connections are made by an electrician, just like in all construction work. 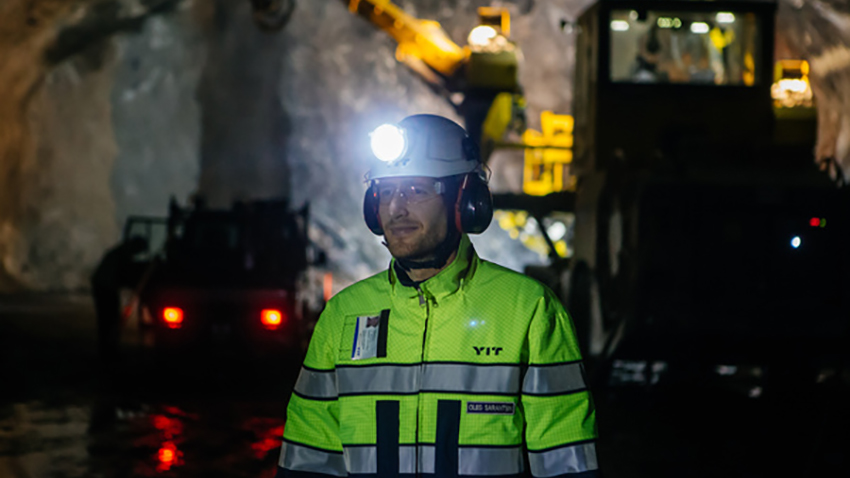 9. How can I specialise for the field during my studies? Are there any age restrictions (e.g. with regard to workplace learning)?

Unfortunately, there are very few options available when it comes to direct underground rock engineering training. For a long time, the biggest operators in the industry have been training their personnel via the Kalliorakentaja recruitment training. You can find more information on this type of training on the TE services website.

You can see the application instructions for the Kalliorakentaja recruitment on the TE services, Amiedu and YIT websites at the start of the year. There will also be advertisements on YIT’s social media channels as well as in local newspapers.

Many professionals already have some kind of construction degree, such as a vocational degree in excavation work. You can “specialise” in underground excavation by applying for a training period at a tunnel site. For instance, the professional skills of a driller are largely the result of on-the-job learning. A blaster’s qualification certificate requires a blaster course in addition to work experience. Skill with handling or repairing machinery is an advantage in tunnel work, and there is also demand for electricians at construction sites. Minors can also work underground subject to certain exceptional procedures. The minimum age limit for a blaster’s certificate is 18.

Often, site supervisors and other personnel have a university degree in construction.

10. Why can we not drill a tunnel from the Gulf of Bothnia to the Barents Sea, for example, north of Kemi? It would improve the flow of water, and wouldn’t we even be able to store some electricity?

An interesting idea. A tunnel like that would be the longest tunnel in the world, but certainly it could be achieved if the decision was made.  Whether it would be a good idea to connect two different ecosystems is another question.

11. Managing the indoor air condition in underground spaces is a challenge, which is ultimately easily solved, because all of the elements required for circulating energy are there underground. Where is the site in the picture located? Based on the excavation profile it might be a two-storey parking hall or metro tunnel?

This is how it looks finished:

12. How long is the break in the excavation in the picture? What about the look-out? What is the allowed “overbreak”?

13. I’m interested in whether it is possible to build a home underground, or basically to live underground, having all the facilities that a person with a car needs? Are there any finished mines available for that purpose? If there are any that already include finished residences, where can I get more information about them? I don’t mean parking, sports or similar facilities. Thanks!

An underground space belongs to the owner of the plot or property to the depth that it can be “technically and financially” utilised. For example, in Helsinki, this is limited by the underground town-planning scheme that may restrict, for instance, the use of geothermal heat.

At least in Finland, no defunct underground facilities have been converted into homes. There have been plans for other forms of further use, for example, in the case of the mine in Pyhäsalmi. Building a home completely underground depends on the opinion of the municipality’s construction regulatory authority regarding spaces suitable for housing. For example, the Finnish National Building Code sets a requirement for a window in a habitable room.

14. How is the environment and sustainability taken into account in rock engineering?

Underground excavation is always subject to an environmental permit, in which the authority body comments on the effects of the project to the surrounding environment. They include noise, dust and vibration as well as, for example, discharge water pumped out of the tunnel site and the related processing methods. Depending on the construction site, we are able to circulate the required water using our own treatment facility, after which the water can be reused. Crushed rock from the tunnel can also be reused, for example, in street construction.

The machinery and equipment used in tunnel excavation are big, weighing up to 50 tonnes. The machinery and equipment meet at least the legal emission category requirement. Many machines, such as jumbo drill rigs, are electrically operated. In addition, we equip our machines as much as possible with particle filters to further reduce the environmental impact of the internal-combustion engine.

All of the products used for rock engineering are CE certified.