In many Finnish cities, plots with the best geological conditions are already being fully constructed. So we need to find new places to build.

Thanks to the old and solid bedrock in Finland, construction is possible on almost any soil. However, the choice of foundation method depends on the soil and extensive groundwork will significantly increase the cost of construction.

“A ground survey is one of the most important stages in all construction as it is very expensive to correct mistakes made in foundation engineering afterwards,” says Jukka-Pekka Salokangas, Planning Manager at YIT's Foundation and Special Engineering Unit. The earthworks and foundation engineering team serves our customers across the full range of foundation structures.

When constructing buildings, roads and bridges, it is important to study both the soil and the history of the site. In this way, foundation engineering is based on knowledge rather than guesswork. Salokangas has worked in railway construction for a long time and gives an example of a ground survey on the construction of train tracks on different soil types.

"Lay people rarely think about what is under a railway embankment. There are train tracks all over Finland. Some track sections were built more than 100 years ago and the soil under them varies, from peat to clay and rock," says Salokangas. 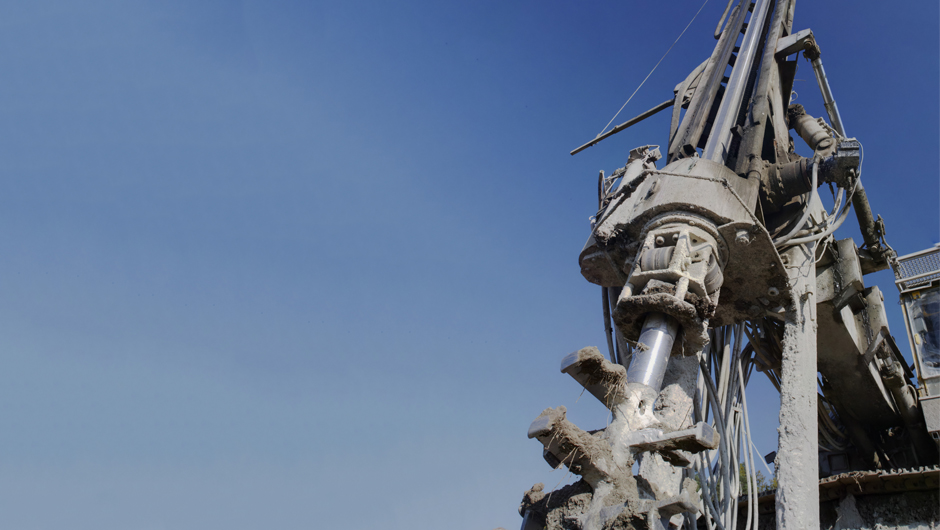 It is important to carry out a thorough ground survey before starting construction. A ground survey is not just about taking new samples, but also partly going through the archives

Information about the plot by combining new and old

A ground survey usually combines new and old studies and the history of the site to be built. According to Salokangas, in a new project, the geotechnical designer will be the first to look for the site's historical data and maps, as well as drilling already done. In addition, the designer visits the site to visually assess the terrain and soil. According to Salokangas, a lot of drilling has been done on construction sites in Finland in the past.

“Collecting this information is like detective work, but it's worthwhile,” Salokangas adds.

If no previous drilling has been carried out, new drilling will be carried out on a random network based on a field visit or other map data.

“There are a lot of changes in the soil that cannot be seen from the ground,” says Salokangas.

According to Salokangas, ground surveys should be commissioned on a site-by-site basis. The most common ground surveys are different types of soil drilling, sampling, groundwater surveys and contaminated soil surveys. Drilling and sampling are the main research methods as they can be used to determine many things about the soil, such as its strength, compactness and layers.

"The more frequent ground surveys are, the better the information is, and the more effective and sustainable the solutions the foundation engineer can make."

Once the baseline data have been collected by collecting data from old ground surveys or commissioning new ones, the drilling results will be examined and, based on the first results, additional surveys will be conducted before construction can begin.

According to Salokangas, the earlier the ground survey is carried out, the greater the possibility to prepare for soil loading during construction, and even for preconstruction, such as the reinforcement of clay soil using a loading berm, which in some cases is done years before construction. 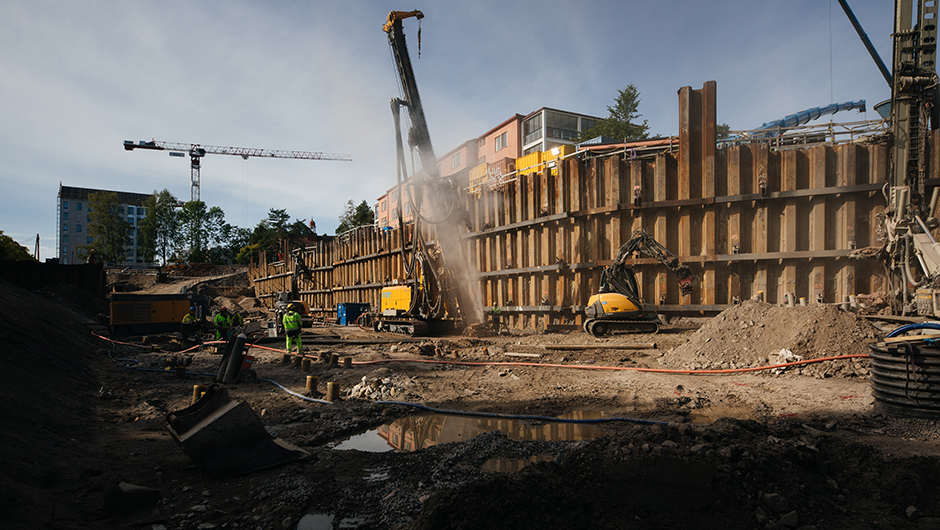 The soil studied is valuable

If a ground survey is not carried out, the foundation planning is not on solid ground and the cost of foundation engineering is uncertain. A good ground survey pays for itself many times over, especially at sites with demanding soil. According to Salokangas, a thorough ground survey also has other benefits, as soil can also provide opportunities.

“Expensive piling is not always needed, as many soil types have good strength properties. We have good soil, we just have to dare to use its properties wisely.”

A thorough ground survey also influences the implementation planning and construction phase. Collapses during construction can be prevented, for example, by strengthening the ground under heavy equipment such as cranes. Ground surveys can also be used to promote the circular economy, as the soil left over from one plot can be coordinated in advance to fill the ground at another site based on the results of the ground survey.

Whether the soil at the plot is clay or non-cohesive soil, according to Salokangas, a good ground survey is everything.

“It is easier to design foundation solutions in a cost-efficient way when the site's soil has been sufficiently studied.”

Towards the unseen – foundation engineering requires a wide range of skills