When a project is implemented with the alliance model, innovations are created in the thousands

The alliances of Tampere Tramway and the Lapland Central Hospital expansion have created numerous innovations. In addition, a true team spirit prevails in the projects, also outside of working hours.

Two projects are underway in Rovaniemi and Tampere, that on the outside seem to have nothing in common. In Rovaniemi, the expansion of the Lapland Central Hospital is being built, and the long-awaited Tampere Tramway is under construction in Tampere. Despite the differences of the projects, they have one thing in common that has quickly become the foundation of large-scale construction projects: an alliance.

The first alliance project in Finland, the Lielahti–Kokemäki railway project, was completed in 2015. Since then, alliances have been utilised successfully in several different projects, such as the Suomenlinna tunnel project and the Tampere Rantaväylä tunnel. In short, the alliance model means that the project parties – the customer and service providers – create a joint organisation, contract and objectives and work towards a common goal, sharing all risks and advantages.

“There are rarely any arguments in alliance projects. I don’t know of any cases in which problems occurring in an alliance would have been taken to court. People working in the construction industry are fed up with conflicts and, consequently, it is easy to recruit people into alliance projects that do not involve any juxtaposition,” says Aleksi Laine, Head of Division, Traffic infrastructure at YIT.

In addition to a great team spirit, alliances are a fruitful platform for innovations that are easily created in the thousands in projects. Despite its many advantages, the alliance model is not suitable for every project: alliances are utilised in large-scale and complex projects with many interfaces and uncertainty factors. 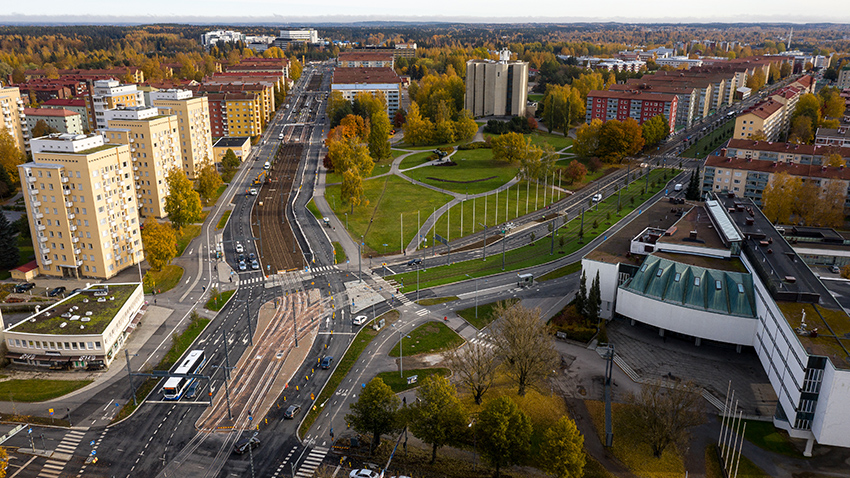 The best ideas are awarded in the Tampere Tramway project

Tampere Tramway, currently under construction, will be built in two phases. In the first phase, to be completed in 2021, the tramway will be built from Pyynikintori to Hervanta and from the Tampere University Hospital area to Hatanpään valtatie. Planning of the second phase is currently ongoing, and the objective is to build the tramway from Pyynikintori to Lentävännniemi in 2021–2024.

The alliance consists of the City of Tampere and Tampereen Raitiotie Oy as the customers and NRC Group Finland Oy, Sweco, YIT and AFRY as the service providers.

Kari Simonen, Production Manager of the Tampere Tramway Alliance, says that plenty of innovations have already been created in the project.

“Currently, the number is 930, of which 433 have been executed and 192 that are approved and waiting to be executed.”

Ideas are collected constantly, and the best idea – or sometimes two – are awarded once a month. In addition, all the ideas of the week are distributed to everyone working in the alliance in a weekly newsletter. The Tampere Tramway project also wants to support local entrepreneurs whose daily life and business are affected by the construction project with the awards.

“We give gift certificates to shops along the tramway route to those who come up with the best ideas.”

Simonen says that ideas come from all areas of expertise. The idea can be a technical tool used to do the work better, a way to organise traffic more smoothly or it can be related to communications, for instance. Awarded ideas include a template that helps the work procedure for pipes going into a distribution board and a method that facilitates the installation of a curbside inlet near the curb stones.

According to Simonen, people come up with ideas because in an alliance project, everyone is working towards a common goal.

“You won’t get even close to these kinds of numbers in a traditional procurement model. For instance, if a contractor in a traditional project comes up with a money-saving idea, next they will wonder if sharing and later putting the idea into practice will decrease the contract value. It can also be contended if ideas and innovations are in accordance with the contract or if they change the customer’s original concept of the project.”

Alliances also have many other advantages. Simonen mentions continuous learning and development across different boundaries. The parties of the Tampere Tramway alliance spend spare time together, too, by organising different kinds of activities from sauna evenings to exercising events. These contribute directly to the smoothness of the cooperation since investing in the team spirit both at work and in spare time is a key part of alliance projects. 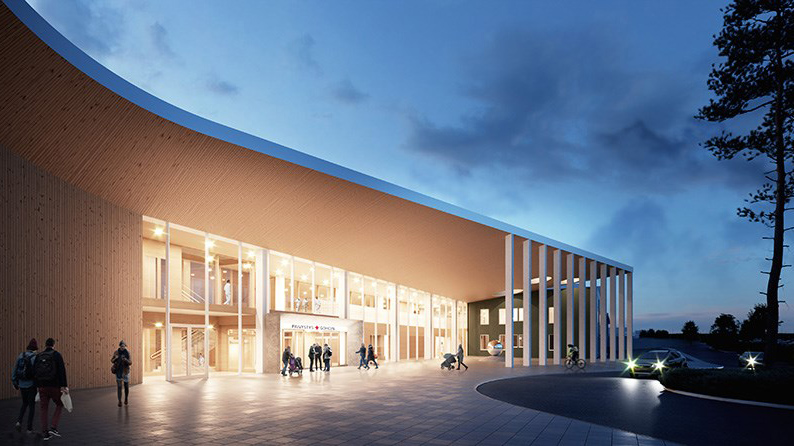 The smooth creation of the target cost “was almost a miracle”

In addition to the Lapland Hospital District as the customer and YIT as the service provider, the alliance includes Verstas Architects responsible for architectural design, and a special engineering group called KURU comprised of Granlund, WSP Finland and L2 Fire Safety. YIT’s technical building systems partner in the project is Are.

Janne Keskinarkaus, Project Director at the Lapland Hospital District, says that they need updated facilities with improved operating conditions for functions such as operating rooms, emergency care and the pharmacy. An alliance model was selected because the aim was to ensure the special requirements of hospital operations in the construction from the beginning of the project until the very end.

“This is a very complex project, and we have had to plan and design along the way instead of having a clear image and objectives from the start. The alliance model has made this kind of flexible progress possible,” says Keskinarkaus.

The project has recently moved from the development phase to the implementation phase. Keskinarkaus and Janne Kananen, Project Development Manager at YIT, say that a great success, and an example of the power of the alliance, was reaching the target cost in consensus and in good spirits.

“The starting point for achieving the target cost was challenging. However, solutions sought with a principle of ‘together for the common good’ led to a great result for the project, and the target cost was achieved. Without the innovations created in the alliance and a solution-focused approached based on joint objectives, we wouldn’t have achieved the target cost.”

In the alliance, staying under the target cost means that if the hospital is completed at costs below the objective, the unspent money will be shared between all parties: the hospital district, the contractor and the designers. Correspondingly, if the price grows higher than expected, all parties will pay their share.

“The situation is either win-win or lose-lose, and when everyone shares the same objectives and the goal, it fuels innovations,” adds Kananen.

According to Kananen, the project has already noticed how important it is to have only one management team that makes the decisions about the project.

“The alliance’s management team includes representatives of all project parties. All decisions of the alliance management team must be unanimous, which means that everything is discussed until a consensus is reached. This procedure keeps the project’s decision making quick and smooth.”

In traditional models, all project parties have their own objectives on which they base their decisions. Sometimes, this may lead to situations in which more time is spent on discussing differences of opinion than finding a solution that is satisfactory for all parties.

According to Keskinarkaus, working together for a common goal can be seen when problems arise, in particular. If a problem comes up on site, people don’t throw their hands in the air and start looking for guilty parties. Instead, they use the time and effort to find a solution.

Like in the Tampere Tramway project, the Lapland Central Hospital project has invested in creating a great team spirit from day one. According to Keskinarkaus, everything starts from recruiting the right people for the project.

“An alliance model may not be suitable for all personalities. You have to be open and ready to adopt the culture of working together.” 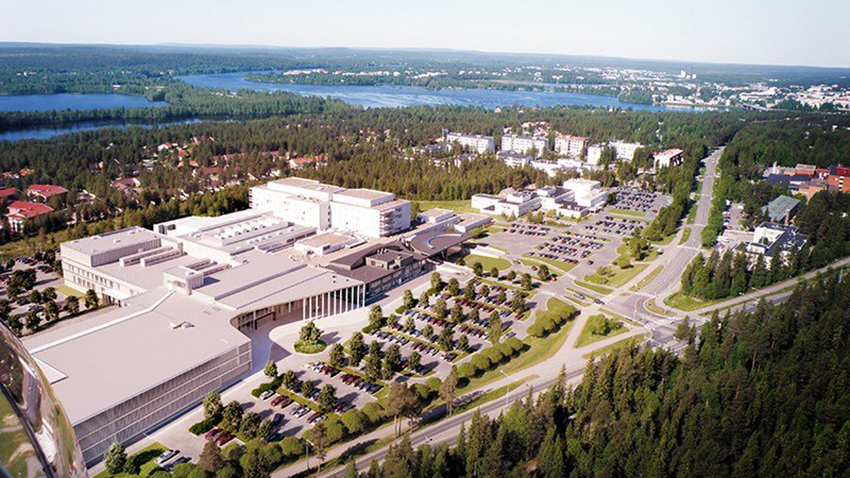 In the project, the teams organise kick-off events, after-work drinks and go for runs together. The first Monday of every month marks a casual team-building evening when the team plays darts or goes bowling, for instance.

“In addition, our customer has a ‘chat hour’ every week. It’s basically a long coffee break without a set agenda. Participants bring coffee, buns and chocolate. Discussing matters together casually contributes to team building and makes it easier to get things done,” says Keskinarkaus.

The implementation phase of the Lapland Central Hospital has only begun, which means the project’s innovations are just gathering speed. Keskinarkaus mentions that even at this stage, innovating has already created great results. The plan was to replace the old civil defence shelters of the hospital with new ones.