Wind farms built in Finland are rising higher and higher. Investors are interested in new wind farm projects. It seems that money is no object.

Wind power is the most cost-efficient way to increase electricity production in Finland; last year it made up seven per cent of the country’s electricity consumption. The rapid growth of wind power has been driven by technological advances.

“As recently as five years ago, the tips of the blades reached a height of less than 200 metres at the largest wind power plants in Finland. Now, the blades of windmills currently under construction will rise to a height of 250 metres,” says Mika Virtanen, Vice President, YIT Windpower.

Increased height increases a power plant’s production because there is more wind at higher altitudes and because long blades sweep a larger area—up to two hectares in the case of the longest blades. At the same time, the nominal power of new turbines has risen from three megawatts to six megawatts in just a few years.

The number of windmills has decreased at some of the new wind farms, and Virtanen is not expecting it to grow.

“If power plants are installed densely, they will interfere with each other. On the other hand, the areas can no longer expand due to housing, nature values and other constraints.”

How much an individual power plant will grow is up to the manufacturers. In any case, Virtanen hopes that in the plans the zoning authorities will leave room for growth so that developers won’t have to apply for a zoning change because of a growth spurt of 50 metres.

“The biggest obstacle to building a wind power plant is that a licence can be appealed without justification and complaints take years to process, even though almost all appeals eventually fail in the courts.”

Background studies, plans and permits for a new wind farm usually take years and cost millions of euros, and only some of these projects eventually materialise.

“For YIT, it is natural to carry out project development and bear the associated risk. We also build wind farm infrastructure and have extensive experience in developing a wide range of projects,” says Anne Piiparinen, Senior Vice President, YIT.

“Based on this experience, we are able to influence the profitability of a wind farm when it is still in the development phase.” 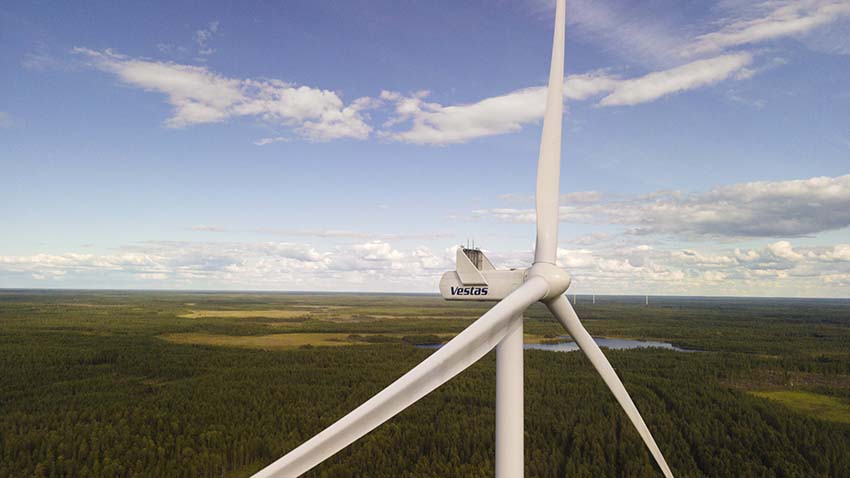 No shortage of funds for wind power projects

YIT sold its first self-developed wind power project to Suomen Hyötytuuli in November. In the opinion of Antti Seppälä, a director who is an expert in YIT’s project finances, the pre-developed project is of interest to both investors and energy players. It seems that money is no object.

“The global interest rate environment supports such low-risk investments, and capital is also increasingly being directed towards sustainable development.”

As the price of electricity significantly affects the profitability of the investment, some wind power investors want to secure their returns through PPAs, that is, by entering into an electricity sales agreement with a large consumer, such as a data centre. Some will wait for electricity prices to increase without concluding contracts.

“If the price of emission allowances rises, the price of electricity will also rise and the profitability of zero-emission wind energy will further improve,” says Seppälä.

Another significant factor in the profitability equation is the price of the turbine.

“It is extremely important that there is sufficient competition and a desire to develop the product among turbine suppliers,” says Piiparinen.

In order for Finland’s environmental goals to be achieved by 2030, the amount of wind power should be multiplied significantly. This should be easier to achieve with sea winds.

For example, new power plants in the North Sea are expected to generate nearly 10 megawatts of power although their blade tips will remain below 190 metres. In the Gulf of Bothnia, on the other hand, the winds are rather modest, and the moving ice poses challenges for both constructors and the design of the power plant.

“The sea will not be a real option in Finland until we run out of suitable land areas,” says Piiparinen.