The number one hotel in Turku is coming up

Hotel Hamburger Börs has graced the heart of Turku, Finland, for almost 200 years. Its reconstruction and the renovation of the old part can be seen and heard.

Hamburger Börs is a legendary hotel about which almost all Turku residents have memories and opinions. The extension from the 1970s has now been demolished, and it will be replaced by a modern building that reflects its past in an attractive way. The oldest part of Börs, built at the end of the 19th century, will be renovated and restored to its former style.

The property is owned by LähiTapiola, and Scandic is responsible for the hotel’s operations. Their representatives are closely involved in the planning to make sure that the needs of all hotel, meeting and restaurant customers will be met in the realisation.

“We are building a top hotel in Turku,” say Jouko Liimatainen from Scandic Hotels and YIT’s Area Manager Joni Jutila.

Challenges of a central location

The building is located in Forum Kortteli, which is home to various shops. The nearby areas have other construction sites, with the largest one being the adjoining car park Toriparkki. The excavation has caused vibration and depressions in common street areas which are closely monitored by both the various contractors and the city using a number of meters and measuring points. In addition to the central location, the narrow plot makes the project particularly demanding. 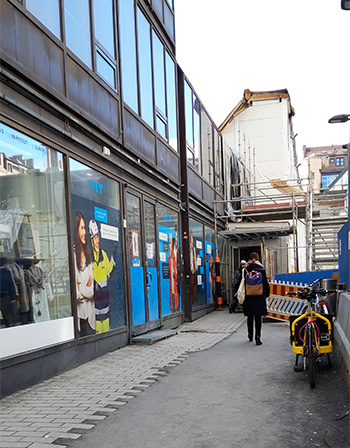 Central location of the project makes it particularly demanding.

The demolition work went off as planned even though the demolished building was attached to the neighbouring houses on three sides and the structures were partly shared. The plot also houses Turun Energia’s distribution substation, which provides electricity to all nearby blocks and its operation was secured throughout the demolition process.

“By demolishing the part of the building that was built in the 1970s, we ensured the realisation of a modern, environmentally friendly and efficiently sized facility to the heart of Turku,” says Jussi Roine, Project Manager of LähiTapiola Kiinteistövarainhoito Oy, the developer of the project.

Preserving the protected part has aroused the greatest interest among the residents of Turku. Work on the protected part is carried out in close cooperation with the Museum Centre to ensure the preservation of valuable structures and details. For example, the inner courtyard terrace and balcony section were taken down and put in storage, and they will be restored in the final stage in an outdoor space, as they were in the original Börs. The trees on the inner courtyard side, which were protected in the local detailed plan, were also preserved as planned. 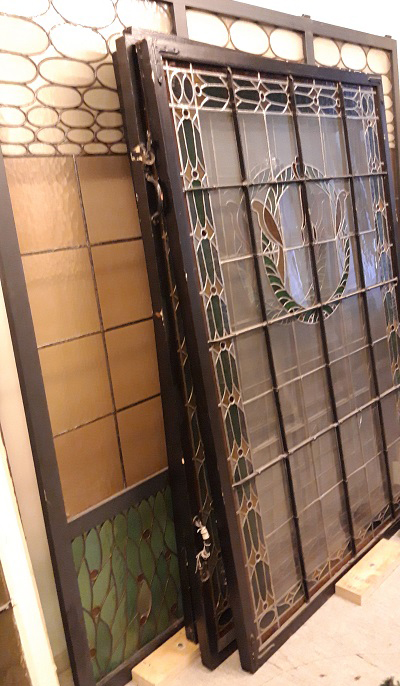 The beautiful, valuable lead glass paintings of the old Börs in storage, waiting to be displayed.

When building in a dense urban environment, you have to plan logistics extremely carefully. There is not much space for large vehicles or storage. The materials are brought to the site in the evenings when the workers have left in order to be ready and waiting for the next day’s work in the morning.

“In terms of occupational safety, we are constantly monitoring that no one is working in a risky spot, even though there is always something happening at the plot, with heavy machinery and shovellers constantly moving around,” Jutila says.

The LEED Gold environmental certificate is applied for the construction project. When completed, the hotel will have 272 hotel rooms and more than a thousand square metres of commercial premises for restaurants, retail and well-being services. Work began in June 2019, with the goal of opening the hotel in autumn 2021.

“A construction project in a central location, in a dense urban structure and next to the Toriparkki construction site requires smooth coordination between several parties in terms of technical, qualitative, operational and administrative matters and decisions. The project management contract also requires close cooperation between designers and contractors. Our cooperation between many different parties has gone well – things have been agreed smoothly, and the work has progressed within the agreed time frame,” Roine sums up.

Below an illustration of the new hotel and a pick from the site fences. 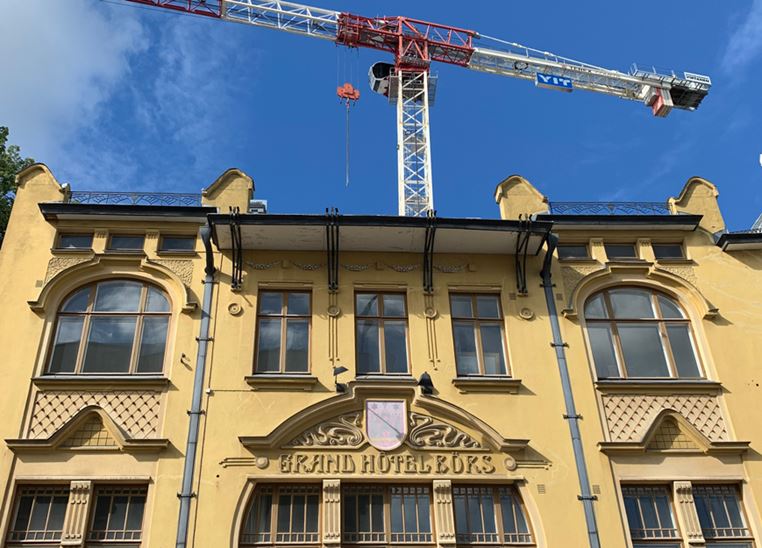 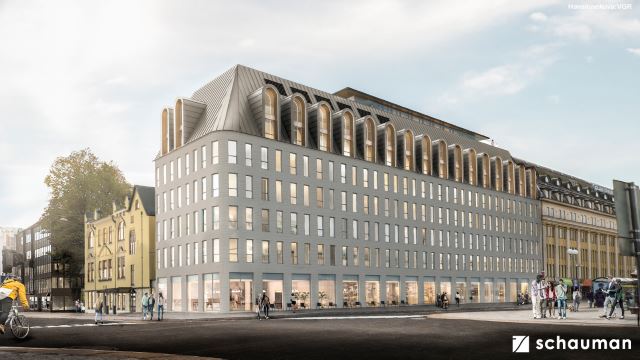