In recent years, wind power has taken major steps in technological development, which has contributed to increased market-based investments in wind energy. However, the public debate abounds with myths and claims about wind power. Providing people with up-to-date information helps them have a fact-based discussion about the possibilities of wind power, such as at the municipal level.

In May 2019, the newspaper Itä-Savo published an opinion piece on wind power. The comment section included the following views:

“Wind power is a completely insane way of producing energy, especially inland. [... ] The subsidising system created for wind power meets the criteria of corruption and theft. Wind power is completely unpredictable, low-yielding, uncertain, aesthetically detrimental and potentially very harmful to animals. The energy balance of a wind farm is so badly in the red during its life cycle that, in a sane world, those marketing it would quickly find themselves in a padded cell.”

Strong words indeed. According to the latest research, a large number of the allegations made in the comments are not based on actual facts. Nonetheless, these are the opinions of those who expressed them and they free to do so.

Comments such as the above can be found regularly in all Finnish regional newspapers when wind power is in the headlines. Why does wind energy evoke such strong emotions?

“In Finland, wind power represents a relatively new energy production technology, compared to more conventional hydropower and coal-based technologies, for example. People tend to be wary of anything that is new or unfamiliar. Another source of suspicion is that wind power is still associated with many myths, which are maintained for political and other reasons. The development of wind power has been so rapid that it is difficult for the layman to keep up,” says Heidi Paalatie, Director of Operations at the Finnish Wind Power Association.

An inexpensive way to generate electricity

Yes, the myths associated with wind power. They usually concern the alleged environmental and health impacts of wind power as well as the mechanics of the market. Paalatie cites as an example the firm belief that the construction of wind power is based solely on state subsidies.

“The state subsidising system for the construction of new wind farms was terminated in 2017. However, the notion that wind power is funded by the state and the taxpayer still lives on, even though, for example, all the 56 wind farms completed in 2019 were built entirely on market terms. Today, wind power is the cheapest way to generate electricity when building new generation capacity. The main reason for this development is the technological advances that have been made in the construction and production of wind power over the last decade.”

Another subject that often crops up in online discussions is the health impact of wind power. One of the most common claims relates to the infrasound generated by wind farms and its alleged health effects. This subject has been scientifically studied quite recently.

In 2018–2020, VTT Technical Research Centre of Finland, the Finnish Institute of Occupational Health, the University of Helsinki, and the Finnish Institute for Health and Welfare (THL) carried out a joint study on the potential adverse effects of wind turbine-generated infrasound on human health. Long-term measurements were first conducted to determine what kind of noise wind turbines produce in nearby homes. Sound samples representing the worst cases were selected for the listening test section of the research project. In the listening tests, the presence of infrasound could not be detected, nor did it contribute to the level of annoyance of the sound or the stress responses of the involuntary nervous system.

Interest among investors picks up

The profitability trend of wind power has increased its attractiveness among investors.

“The situation has changed significantly in a few years. The cost of producing wind power has fallen so much that production is now economically profitable even without subsidies. This has opened up more opportunities for investors. It has been established that renewable energy production can be cost-efficiently increased with wind power, even on a large scale,” says Jouni Levo, Director at SEB Corporate Finance. SEB Corporate Finance acts as a commercial advisor in wind power projects.

Levo points out that investing in wind power is not free of risks. On windy days, production can go up, which may push the electricity market prices down. 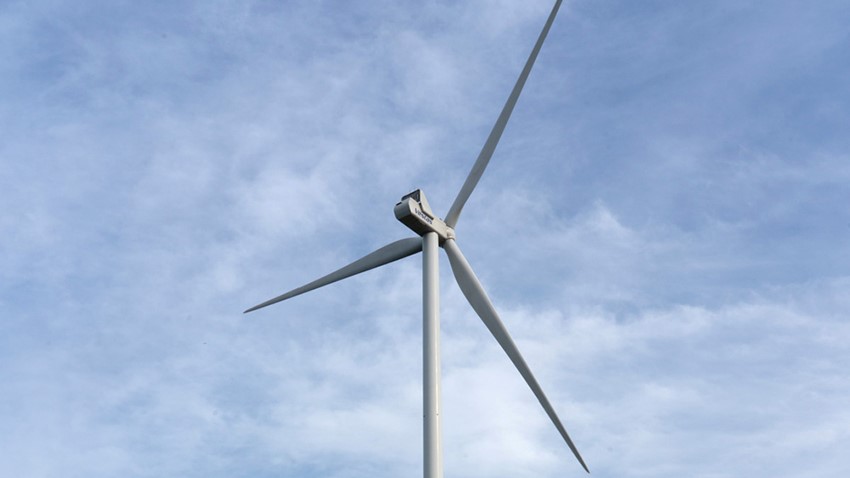 Hundreds of new wind turbines by 2023

Wind power generation, like any other form of energy production, is not entirely without problems. In autumn 2020, news about wind power has reported, among other things, broken blades and failed towers. Accidents are, of course, unacceptable and the technology is constantly evolving. The causes of accidents are always thoroughly investigated. Despite the challenges, wind power is playing an increasingly important role in energy production – also in Finland. In addition to its cost-efficiency, it reduces carbon dioxide emissions from energy production.

“Energy production is a major source of greenhouse gas and particulate emissions. In the future, electricity consumption will increase, but if electricity is generated by wind power, there will be no emissions into air, land or water,” says Paalatie.

According to Levo, the need for wind power in a sustainable energy system is growing all the time as it provides a genuinely renewable form of production to replace alternatives that depend on fossil fuels.

“Wind power is constantly attracting new players, including investors. This is reflected in the number of wind power projects,” says Levo.

“There is still ample time for the publication of additional investment decisions for these years. Wind power will cover at least 18 per cent of the electricity consumed in Finland before the middle of the decade,” Paalatie estimates.

The largest share of wind power investments go to the provinces. For municipalities, wind power projects create economic benefits, including significant property tax revenues, land lease revenues and jobs. With the money received from wind power, municipalities can launch development projects, such as the construction of schools.

“It is clear that wind power creates economic benefits for the municipalities where the projects and production are located. Wind power plants with their safety zones are not suitable for densely populated urban areas. Instead, they are erected where there is sufficient space and suitable wind conditions,” adds Levo of SEB.

Furthermore, the wind farm construction phase generates employment and money in the municipalities. In addition, energy storage and related projects have great additional potential in the near future with the advancement of technology.

For YIT, wind power project development and infrastructure construction constitute a strategic business that will also help bring the Nordic countries closer to their sustainable development objectives. One of the company’s wind power experts is Valtteri Paunonen, who works as a project manager in the Murtomäki wind power project. He points out that when new wind power projects are planned in municipalities, people’s concerns should never be ignored. Open debate is the best way to alleviate any prejudices people may have about wind power.

“Any municipal resident can throw a spanner in the works, such as by filing a planning complaint. However, confrontation will get us nowhere. As with all complex issues, information and understanding helps. Therefore, in the context of wind power projects, it is important for us to establish and maintain a dialogue with all concerned parties.”

A resident, instead of rushing to file a complaint about a wind power project, should first try talking to the team promoting the project. In this way, it is often possible to have an impact on the details of the project.

“When you are ready to discuss, you can be sure that your own concerns will be better heard. Of course, people can and should have different opinions, but if matters can be discussed constructively, calmly and openly, a solution is often found that everyone can accept,” says Paunonen. 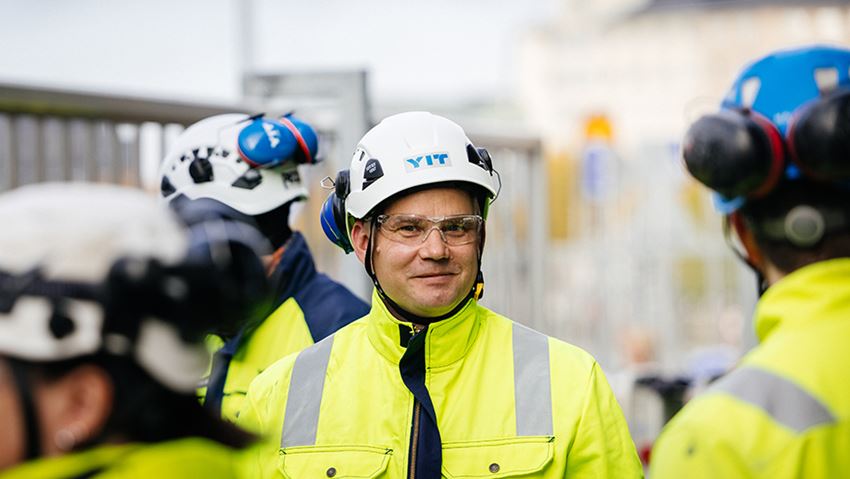 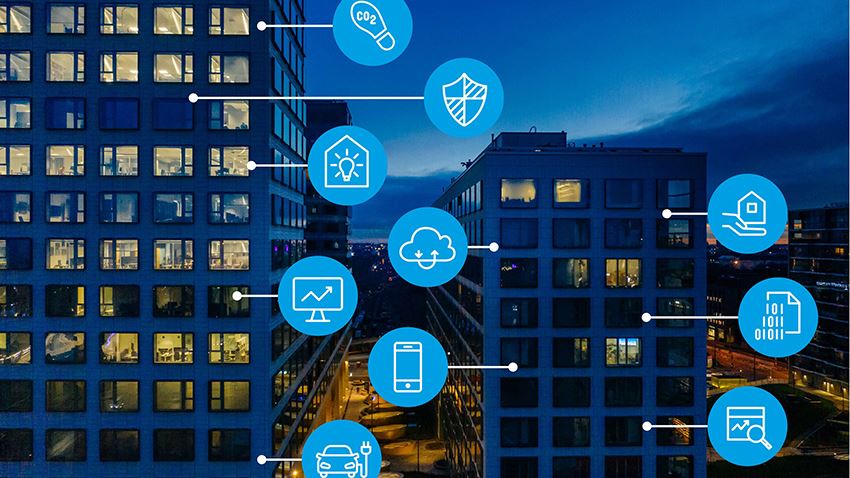 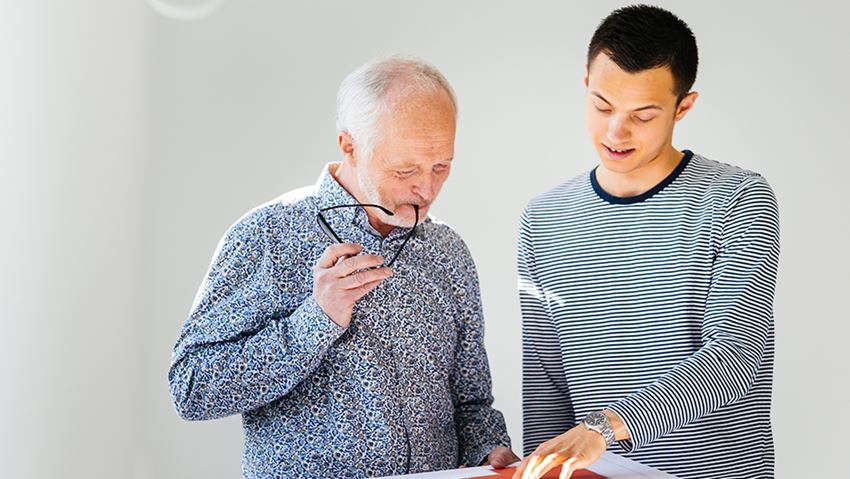