The greatest opportunities to influence the environmental impacts of construction projects are in the planning and development phases. In infrastructure projects, the following environmental perspectives, among others, must be taken into account: selection of materials and their environmental impacts, customers’ goals and demands, the circulation of soil and surplus materials, emission calculations and reductions, the requirements set in sustainability rating systems if in use (CEEQUAL, BREEAM and LEED), permits, environmental impacts and risks as well as setting the project’s environmental objectives.

“Sustainable development refers to a comprehensive societal change, which aims to ensure the preconditions of good life for future generations. Topics to be taken into account in this development include ecological, economic, social and cultural sustainability. We must design and build urban environments where everyone can live a good and happy life – now and in the future,” says Marikki Makkonen, Quality and Development Engineer for YIT.

Aspects to be considered in the planning phase include the construction area and the environmental perspectives that can be identified. These may include possible protected flora and fauna, doing a nature survey, water resources engineering and effects resulting from crushing. Planning for the recycling and storage of land masses, waste and materials, and the use of recycled and other low-emission materials are also on the agenda at an early stage.

“Environmental impacts can be taken into account in the selection of materials and design solutions. This way, we can better affect the amount of materials we use and the environmental impacts they accumulate during the project’s life cycle. In the planning phase, it’s also possible to influence the project’s energy solutions, for example, which might have a significant effect on the climate impacts accumulated over the entire life cycle,” says Makkonen. 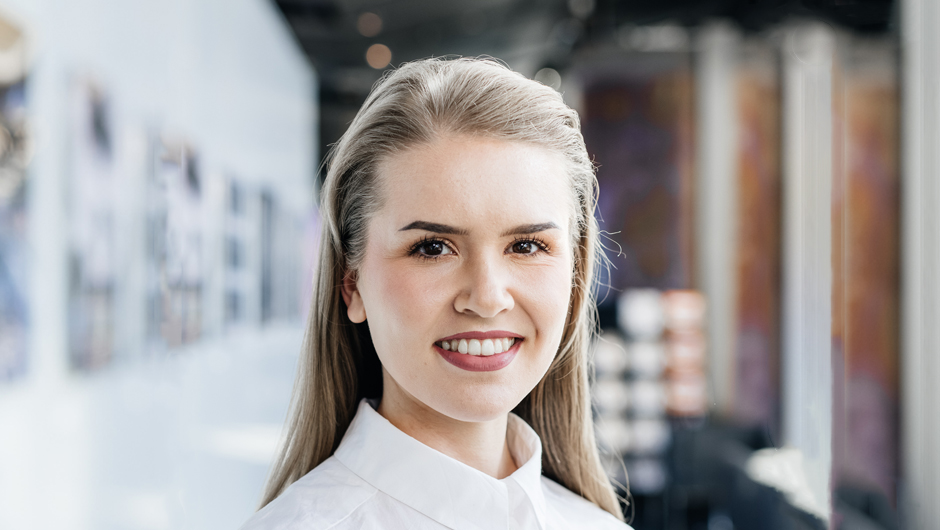 Planning and optimising the use of soils also affects emissions from construction, for example, through material circulation, logistics and the saving of virgin raw materials.

"In general, it is worthwhile to increase material efficiency and the use of recycled materials, and to consider whether another operator would have a need for the material we produce, or whether we could use surplus materials from someone else," says Sanna Ristonen, Environmental Manager at YIT.

The aim of YIT is also to chart possible interim storage areas for recycling surplus masses, and in self-developed projects, we have a lot to say about the reuse and recycling of the materials.

"The utilisation of surplus masses must be systematically included in the early planning of the projects, because successful utilisation has not only clear climate impacts but also significant economic benefits for the project."

Eco-friendly deeds can save nature

Solutions to reduce the environmental effects are created already at the planning stage and measures taken at the site to some degree dictate whether the plans come to fruition or not.

“The 25-kilometre-long site includes, e.g. three Natura areas, urban streams as well as harmful invasive species, which must be rooted out before the work starts. We can also perform eco-friendly acts during the construction. For example, in Jokeri Light Rail, we have utilised top soil as recycled substrate, enabling us to use the existing seed bank and save the virgin natural resources, installed artificial nests for house martins in Vantaanjoki to provide a safe nesting environment in the area, installed a small animal underpass in Viikki to provide animals with safe access along the green strip in the north/south direction and improved the conditions for the fish population in Mustapuro as well as Mätäjoki, where we delivered natural rocks last spring and volunteers helped provide young trout with safe shallows in which to grow,” lists Henna Malmipuro.

The environment has also been taken into consideration in many respects in Blominmäki, where a new wastewater treatment plant is almost finished.

At the mining stage, the project used up 2,000 m3 of water per week. However, two thirds of the water could be reused via the water circulation system. The circulation system included several sedimentation tanks where the fine materials stayed. And since the water was also filtered, it was cleaned to a degree where it could be reused for jumbo drilling rig. It is a big saving because the water does not need to be pumped into the sewage network and the stormwater system, using new water all the time.

The amount of unnecessary transport has also been reduced by different methods. For example, the Blominmäki site has its own concrete station, which has produced almost 100,000m3 of concrete for the project. This has directly saved about 500,000 km in the transport of concrete trucks, while finished concrete has not had to be transported from fixed concrete stations. Soil and rock material have also been recycled, reducing the need to transport soil. In addition, permits were acquired for the site for crushing waste concrete, more than 12,000 tonnes of which has already been used instead of rock material. The knowledge gathered in Blominmäki, will help develop ways to reduce concrete waste.

When it comes to other rock materials, the site’s motto is, “take it away when you leave, bring it when you come”. For example, when a lorry load of rock material which could not be reused at the site was taken to the Ämmässuo eco-industrial centre using the site’s own lorry, suitable rock material was then brought to the site on the way back.

A little shy of 68,000 kg of blasted rock from the tunnels has been crushed at the site. The crushed rock has been used in the construction of the Blominmäki wastewater treatment plant. For the rest of the blasted stone, the customer (HSY) indicated reception points in the vicinity of the sites where it’s crushing and recycling for construction in the Helsinki metropolitan area could be arranged.

The environment also includes the surrounding community, and proactive communication helps the community to understand, for example, why a site can sometimes be noisy.

In Blominmäki in co-operation with the customer (HSY), local residents were handed information sheets during noisy work phases, the project website was updated and briefings were held at the site where local residents got the chance to visit the site to learn more about the different stages of the project. The environment has also been taken into account in many respects. 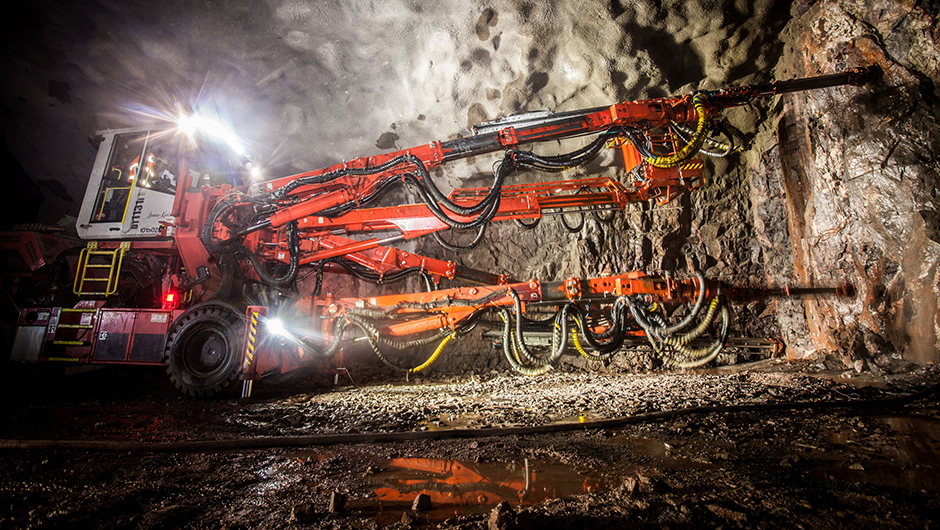 Tampere Tramway takes into account the environment of the future

There are also many other parts of the Tampere Tramway besides the construction of a more low-emission mode of transport for city residents. The Tampere Tramway was designed as an accessible mode of transport, and accessibility featured heavily in its construction. At the tram stops, there are grooves cut into the pavement leading to the doors, and the tolerance between the carriage and the stop is 35 mm. In other words, the stop is level with the carriage floor.

“Organisations representing people with disabilities were included in the design stage and, once we had completed the first stops in Hervanta, one of their representatives tested one with a white cane. Based on the feedback, we were able to make some changes and improve our stops. In the last years, we’ve refined the way we work through cooperation and dialogue,” says Mika Arvonen, Construction Manager, Tampere Tramway.

In Tampere, the cityscape has also been improved for other residents. For example, the pedestrian and cycle routes have been made clearer and there have been significant improvements made to the so-called ‘quality corridor’ for cyclists. It is a separate route that includes a dedicated pedestrian lane as well as two cycle lanes, one in each direction, for a total of three lanes.

The old trees that have been cut down have been replaced with, for example, lime trees. There have been hundreds of trees planted, with 91 new trees on Hämeenkatu street alone.

“The substrates of the new trees have been made in a way that extends their life cycle. This was not a consideration in the past, but now the trees have every opportunity to remain healthy for a longer period of time,” says Mika Arvonen.

Following the tramline, there are also miles of grass track, introducing nature to the street space, with green strips over 10 m long in the middle of the concrete. And that’s not all. The superfluous masses left over from the project have been used for filling. Outside the city centre, they have also been used for planting meadows for the benefit of insect life. Art is another visible part of the Tampere Tramway. In addition to the tram stops, it features, for instance, in the environmental work of art Woodhenge.

“Where Woodhenge now stands there used to be a hole in the ground. Now, it is surrounded by a meadow. What’s more, Woodhenge was made of the old trees from Hämeenkatu street, providing a habitat for a wide range of micro-organisms,” concludes Mika Arvonen.

Tampere has also implemented nature compensations to improve the living conditions of flying squirrels, and new habitats have been discovered for other species along the tramline route in case they were disturbed by the construction work. 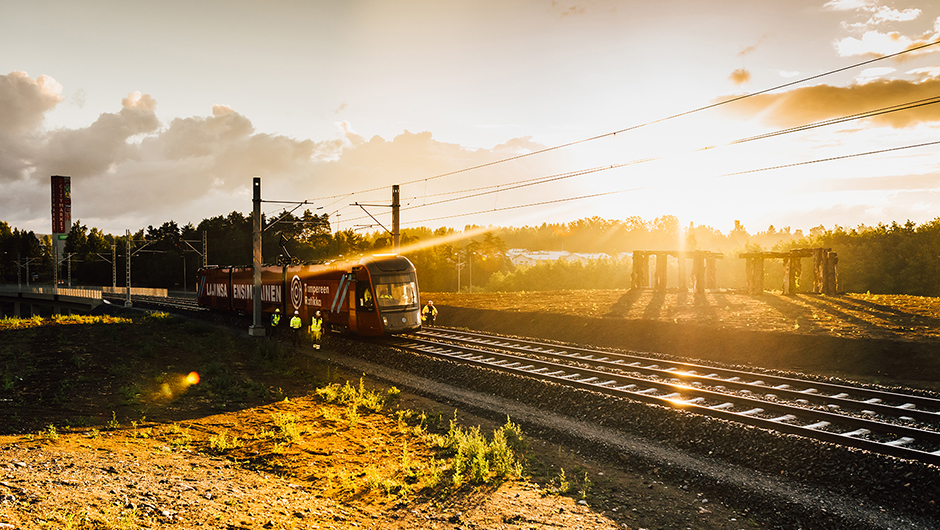 Sustainable urban development for the future

The Tampere Tramway is a good example of a sustainable project, as are projects that reduce transport emissions such as underground projects and tramways, load-reducing wastewater treatment plants, geothermal heat sites and, for instance, construction in accordance with the LEED classifications. In principle, projects should promote sustainable development. Simple certification or some individual measure that affects the total emissions does not suffice. Projects that increase the use of non-fossil fuels, such as wind power, are also on the list.

“Companies like YIT have played a major role in the move towards to a low-carbon social structure and, in the future, we want to be the company that, for example, builds structures for cities that will help them meet their low-carbon targets,” says Mia Ranta-aho, Head of Corporate Responsibility at YIT. 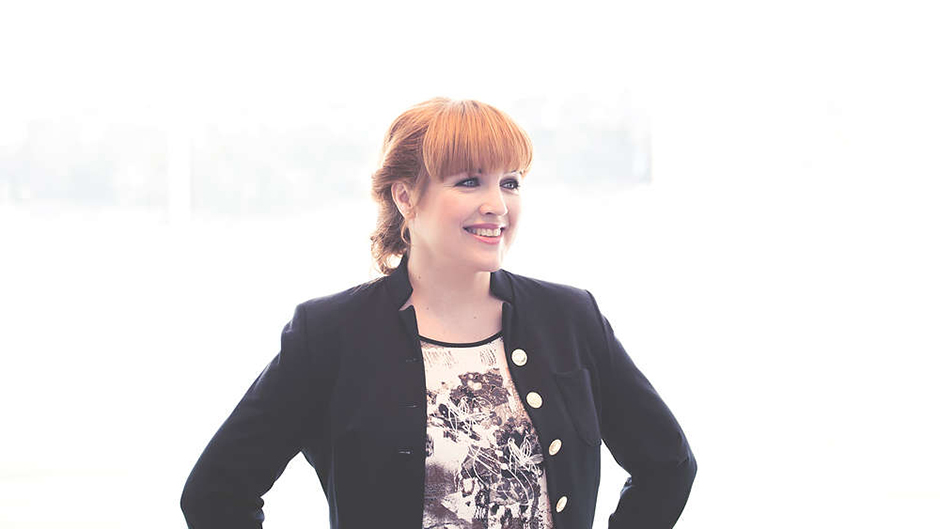 Mia Ranta-aho is the Head of Corporate Responsibility at YIT.

In addition to helping cities meet their targets, for instance, by means of track construction, we do work for the future through our self-developed projects, where we always monitor our carbon footprint.

“It looks like we will soon also need to start calculations for projects other than our self-developed ones. We are doing a lot of different things at the same time, development and operations, while thinking about ways of reducing Infrastructure’s emissions. It keeps things interesting,” says Marikki Makkonen, Quality and Development Engineer for YIT.

Every day, we are working to reach our objective together with our customers and partners – join us!