While most of Finland quieted down for the summer season, Tripla’s worksite in Pasila, Helsinki, kept buzzing with work. A five-storey parking garage, three and a half kilometres of wall and one hundred thousand square metres of concrete – take a look at how the worksite progressed during the summer.

The closing down of the Pasila station made it sink in: change really is underway. As the structures of the familiar station building started to come down, locals and passers-by couldn’t help but notice that the old is making room for something new in Pasila.

More tangible evidence of change can be found when looking down. Whereas before you could only peek into the Tripla worksite by lowering your gaze far down beneath the Pasila bridge, now the new city hub is rising upwards – more visibly than ever. The construction begun two years ago at four and a half metres below the sea level. Now the highest point of the building reaches 30 metres already.

When it comes to a project as big as Tripla, work goes on around the clock. There are multiple layers where things get done simultaneously.

Layer one can’t be seen – but is actually bustling with work right beneath your feet. During the summer the structures of a five-storey parking garage have been completed underneath the Pasila bridge. Now it is already time for some interior work. As incomplete the worksite might look on the outside, there is plenty of masonry and painting of walls going on inside.

Layer two is more apparent to the eye. The structures of the Mall of Tripla have been constructed simultaneously with those of the parking garage, and now they are nearly midway through. At its highest, the building now reaches the Pasila bridge. In storey-terms, that is three out of the mall’s upcoming five floors.

”We are working at a fast pace. A lot can happen in a day, a week and especially a month. Every week some 700 square metres of masonry gets done,” says Head of Production Jani Lehtola.

As the last stage of Tripla – a hotel situated in conjunction with the mall – is completed in 2020, the highest point of Pasila will reach the height of 92 metres above sea level. That is three times higher than now. Already some 100 000 square metres of concrete has been used on Tripla’s mouldings, and a total of three and a half kilometres of inner walls have been laid.

The further the project proceeds, the more diverse the tasks get. Interior work is only just starting, but when moving into surface structures the work only increases and the pace gets higher. This is when planning and prediction become crucial.

A couple of years ago the headcount of Tripla’s construction workers could be done in sets of ten. Now there are already over 700 people working at the site – and the number is likely to rise to a thousand by the end of the year. One might think that keeping a work community that big in good spirits would be difficult. Quite the contrary, Lehtola says. There are no magic tricks needed when the project itself is motivating enough.

”Diverse and challenging work keeps things interesting. As so much is happening at a high pace in a vast area, you must stay alert and active. That feeds into the team spirit in a really good way.” 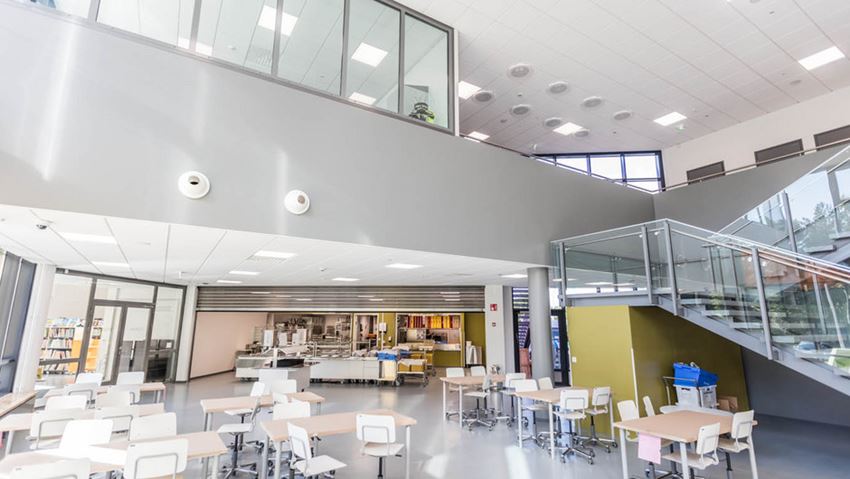