The meaningfulness of work goes hand in hand with the common values shared by the employee and the organisation. However, you do not get far with solemn declarations and idealistic ardour – what is more important is how values are reflected in the everyday life at the workplace.

What makes work meaningful? That is a question that is being discussed both in the media and in many organisations right now when the COVID-19 situation is hopefully at last getting better and office workers will be able to return to their workplaces.

Common values are one of the key drivers of meaningfulness. For example, as many as 65 per cent of millennials, or those born in 1981–1996, find it important that the company’s values match their own. This is revealed by the Next Generation Work research report, published in May by YIT and The NextGen Project. In the report, more than 1,100 respondents describe what they want from working life.

According to the report, respondents who consider a shared foundation of values important tend to find more meaningfulness in their work. What is particularly interesting for organisations is the fact that those who felt that their work was meaningful were more likely to believe that they still would be with the same employer in five years’ time. Meaningful work is a strong pull factor for organisations.

It is therefore important for the company not only to define its values but also to communicate clearly and regularly how the values are reflected in practice. It is easier for both current and potential employees to understand the significance of work carried out in the company when they see the company’s efforts to exercise a positive influence on the surrounding world.

The quality of everyday encounters at work is also important. The young generations responding to the survey felt that they have been missing out on development opportunities at work due to the COVID-19 pandemic as it is harder to engage with more experienced colleagues. Everything has been online and many of the informal interactions of the office have been lost.

The choices of young professionals carry an increasing amount of weight

According to organisational psychologist and working community coach Jaakko Sahimaa, the choices of young people are increasingly important. Many things in our society will be shaped by their choices: in what tasks and for whom young generations want to work and what kinds of activities they choose to spend their time with.

“Can organisations afford to ignore the hopes and expectations of younger generations? No, if they want to recruit the best employees and understand their future customers better,” says Sahimaa, specialised in the theme of the meaningfulness of work. He has been involved in The NextGen Project, which contributed to YIT’s Next Generation Work study.

Sahimaa considers meaningfulness to be an important signpost on the journey towards more attractive jobs. However, it cannot be the only beacon along the way.

“To put it bluntly, you could say that you do not get far with idealistic ardour if the basics are messed up. These basics have remained important for decades: meaningful tasks, fair pay, the balance between work and free time, development and advancement opportunities and the certainty that the job will still be there tomorrow. Plus good colleagues and working community,” lists Sahimaa. 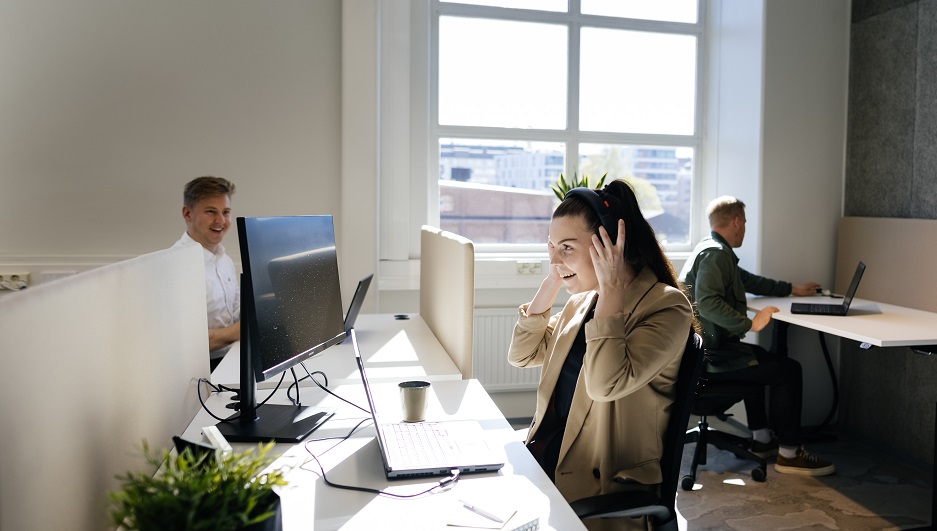 Basics attract people to the company, values make them stay

Psychologist Samu Hannukkala, one of the contributors to the Next Generation Work study, agrees with Sahimaa.

“Perhaps the most surprising thing in the entire study was that almost half of the respondents announced that they give the main responsibility for their own career development to the employer. After all, millennials are usually described as individualists who grow into ‘their own thing’. Now that idea did not receive unreserved support,” says Hannukkala.

According to the study, basics, such as wages, good remote work opportunities, flexible working hours and like-minded colleagues, are trump cards also in attracting young people to the company.

“When a professional has been brought into the house, the focus turns to the issues that also keep them there. These issues are typically related to the meaningfulness and values of work. The way in which the employer’s values match the employee’s values and how values are realised in the everyday life in the company seems to be more important to young people than money, a title or a traditional career path,” says Hannukkala.

Finding meaningful work and a company with a suitable foundation of values is not always easy. Many may have to compromise when choosing their first job, for example, if they still have only a little competence and experience or if economic reasons force them to accept the first job offered. In addition, it may be difficult to verify the company’s values until you have worked in the company for some time.

Indeed, many young people are still looking for their place in working life. Approximately 54 per cent of the survey respondents reported that they had not yet found a meaningful career.

Meaningfulness of work is important to people of all ages

Meaningfulness is often mentioned in the same sentence with millennials. However, according to Hannukkala, this does not mean that the meaningfulness of work would have been irrelevant to people before the emergence of younger generations.

Statistics Finland’s Quality of Work Life Survey indicates that the importance of the content of work for Finnish wage and salary earners has been increasing for a long time. In 2018, a total of 61 per cent of all wage and salary earners aged 15–67 considered the content of work to be definitely or to some extent more important than wages and salary. Among those aged 25–34, the proportion was even higher, 68 per cent. The main factors contributing to job satisfaction were the same in different age groups: satisfaction with development opportunities, content of work and appreciation of professional skills.

Meaningful work aligned with one’s own values is therefore important to employees of all ages. However, thanks to the views of young professionals, the role of values and meaningfulness in working life is finally properly understood and taken seriously. This makes these issues even more essential success factors for organisations.

Why return to the office?