Helsinki Airport: Learning, development and process improvement from the start to the finish of the terminal expansion project

February 2019 saw the opening of Aukio, the new central plaza of the long-haul area and the latest part of the terminal expansion project at Helsinki Airport, voted as the Best Airport in Northern Europe. As the latest fine example of the cooperation between YIT and Finavia, it leaves a memorable impression of Finland on passengers. Aukio is part of a long-term project that enables continuous learning and the development of operating methods for both YIT and Finavia.

The central plaza of Helsinki Airport’s long-haul terminal is a tranquil environment after the morning rush hour. You can hear birdsong and other sounds of nature in the background. The continuous chain of LED screens that wraps around Aukio is showing breathtaking views of the scenery at Koli National Park, soon to be replaced by equally powerful images from other Finnish landscapes. There are passengers waiting for their connecting flights, sitting on sofas around the plaza. For them, Helsinki is only a short stop, a taste of the exotic North before they continue to their final destination. Nevertheless, Helsinki Airport wants to make an impression of Finland on their minds, which may inspire them to return one day.

A travelling party from Indiana, USA, is spending six hours in the long-haul terminal before catching a connecting flight to Bergen in Norway. That gives them plenty of time to visit the restaurants around the plaza, enjoy the nature theme and wait for their flight.

“The only thing that’s missing is hammocks! I’d definitely come back if you had those,” one of the passengers says with a laugh.

Every stage of a project is an opportunity for learning

The expansion of the long-haul terminal at Helsinki Airport started in 2015 and is the largest individual project in Finavia’s major development programme. The most recently completed part of the project is Aukio, a central plaza that serves as the heart of the expansion. It connects the bus gate building for departing passengers completed in 2016, the South Pier completed in 2017, the West Pier that will be gradually completed during 2019 and the north extension scheduled to be completed in 2021. In addition to the spacious Aukio, the parts of the terminal expansion project that are the most visible to passengers are the new shops and restaurants, departure gates, security control for arriving transfer flights and the attractive details such as floors made from natural stone, wood veneer walls and glass facades. However, the project also includes many other areas, including new wide-body aircraft stands and baggage handling facilities.

Implemented over the course of about six years and with a total value exceeding EUR 400 million including the client’s separate procurement, the project is exceptionally long in the construction industry. Most construction projects have a duration of 1.5–2 years. There are, of course, certain challenges involved in working at an airport that operates around the clock. Construction would go faster if the entire area could be closed off. Much of the work is done at night when there is less activity at the airport.

“There is no room to spare. You have aircraft around you and the airport is always operational. Logistics is also a major challenge in an airport project. The phasing required by the project means that the total construction time is much longer than it would be in other circumstances,” says YIT’s Glenn Kevin, the Project Manager in charge of the expansion project.

The sixth and last stage of the expansion project will begin in May 2019 with the start of construction on the north extension. In a long project, each stage presents the team with opportunities for continuous learning, the development of operating methods and process improvement. In the development phase of each stage of the contract, it is important to establish a mutual understanding of what the nature of the job is and what the shared objectives are.

“In the development phase, in particular, you look for different perspectives among the project team. You engage in sparring and challenge each other. If you had a team full of yes-men, you might not achieve any development at all,” says Finavia’s Project Manager Esa-Pekka Timonen, the man in charge of Finavia’s VLK project aimed at developing transit traffic capacity.

Aircraft stands guide the project as a whole

“Open, bright and more spacious” is how a crew member stationed at the counter for a flight departing for London Heathrow summarises the best attributes of the South Pier completed two years ago. The two-tiered passenger boarding bridges introduced in the new section are also highlighted as improvements. They substantially speed up the disembarking of arriving passengers and the boarding process for departing passengers. According to Kevin, the entire construction project is guided by the aircraft stands.

“The work and the phases of the project must be planned in such a way as to have the maximum number of aircraft stands in use at all times,” Kevin explains.

The expansion of the airport leads to longer walking distances for passengers, as one stand for wide-body aircraft can take up as much as 100 metres of space along the length of the facade. For example, the west terminal extension, which will be fully completed in late 2019, will increase walking distances by more than 400 metres for some gates. The passengers do not, however, need to walk the entire distance. The moving walkways used at major airports around the world will make it easier and faster to get around Helsinki Airport as well.

The expansion project is implemented as a cooperative project management contract. According to Kevin, this new contract form calls for more cooperation and openness than traditional forms of contracting. In practice, the emphasis on cooperation is evident in how everyone, regardless of their employer — client, developer, consultants and designers — shares the same workspace. There are also many workshops that everyone participates in.

One of the threats in a long project is that learning is lost when key members of the project team change employers or are assigned to new roles. Fatigue is another very concrete threat.

“No matter how interesting the project, when it lasts for as many years as this one, fatigue is a possibility,” Timonen says.

The success of the cooperation between YIT and Finavia has been helped by low turnover, with key project personnel in both planning and construction remaining mostly unchanged since the beginning. Kevin says motivating your own employees and keeping them on the project is very important considering how overheated the construction industry has been in recent years. Strong team spirit is a very valuable asset in this regard.

“You need your people to be happy to come to work,” Kevin explains.

The project has thus far been on schedule and on budget since it started, for more than four years. The hope is that this will remain true until the end. It is not known what the future will bring after the project has been completed, but Timonen is sure that there will always be more work to do at the airport. The planning of the terminal expansion project has taken into account potential future expansion needs that may arise if the growth in passenger volumes continues.

The focus of Finavia’s development programme has already turned to the expansion of terminal T2, and that construction site is currently having the most significant impact on passengers. Nevertheless, the development of transit traffic will continue in the background. The soon-to-begin north extension project is currently evident to passengers only in the form of construction site partitions with pictures of grey-and-white tree trunks. It is behind these walls that the old facade will be demolished and a new structure built. According to Kevin, the goal of an airport expansion project is always that passengers heading for their flights do not even notice the project as they pass the construction site.

“If most people do not even notice that there is work going on, that means the construction contractor is doing a good job,” Kevin concludes. 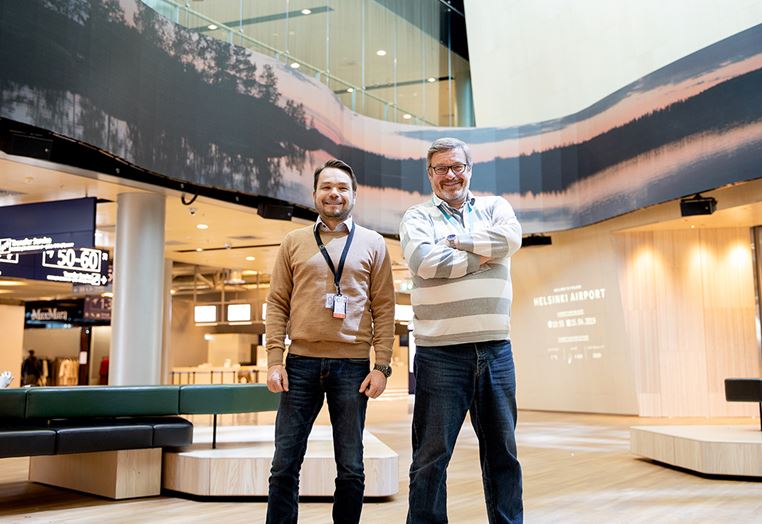 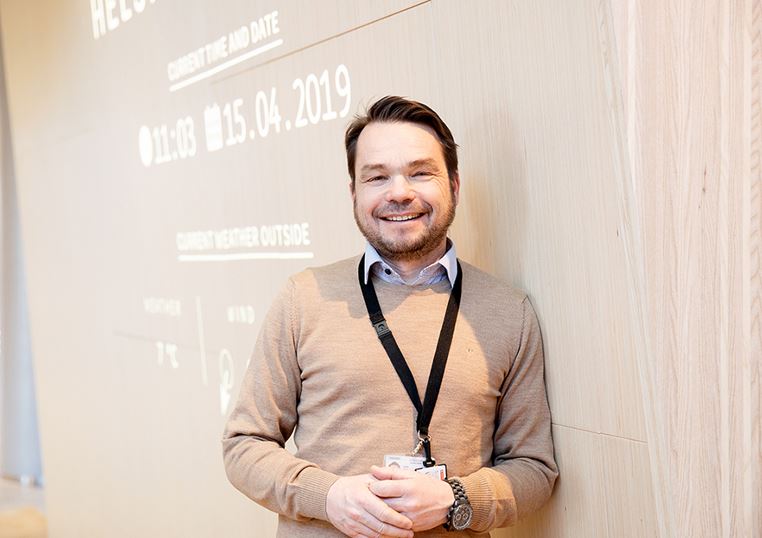 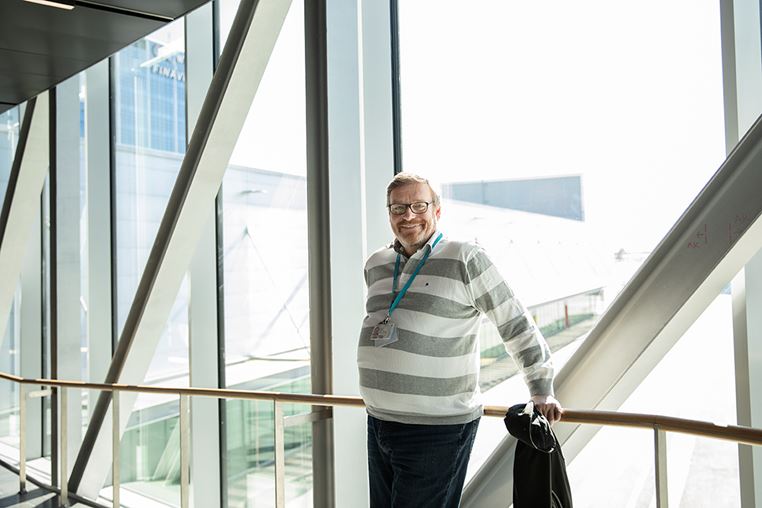