CEO of Slush knows the close-knit ecosystem of Helsinki is an advantage: “The idea is that the next Google is from Finland”

“Helsinki is outstandingly the best place to live, raise a family and thrive. I have noticed that its value keeps on growing in the start-up and investor community,” says Miika Huttunen, CEO of the Helsinki-based tech event Slush. He believes the developing Maria campus will make Helsinki even more compelling to international talent.

As the global COVID-19 epidemic changed the game for almost all sectors of business, the meaning of a close-knit and vibrant start-up and growth company ecosystem became more important than ever. Miika Huttunen, CEO of Slush, knows this first-hand.

“You take care of the ecosystem with the help of international investments and by supporting early-stage companies. Because we cannot meet each other face to face as Slush is canceled this year, we had to come up with new ways to help entrepreneurs.”

Normally Slush would attract tens of thousands of people from over a hundred countries to Helsinki in November and December. Now the attention needs to be extended to a longer period and smaller groups of people at a time. This means investing in electronic communication with notable international operators and boosting the communal spirit of the local startup community. Huttunen has been happy that especially the Finnish startup community has supported its members during this difficult time.

“We have to work together and support each other within this relatively close-knit ecosystem where most of us know each other.”

The biggest push of the year for Huttunen and his team is Node by Slush. It is a curated online community that combines the two things Slush is most often praised for: the people and the encounters. The members of the new community get to contact other users, such as investors, entrepreneurs, and other ecosystem players in the same ways as with the matchmaking tool, familiar to most Slush-goers. Node by Slush is also hosting online gatherings with big and notable names such as Daniel Ek from Spotify sharing what they know to members of the community.

Slush also aims to organize small dinner parties for the Finnish startup ecosystem as long as the COVID-19 situation stays somewhat under control. The idea is to host dinners for small groups on specific themes, such as user acquisition. The participants can share their knowledge with each other and also spend a relaxed evening together.

“Entrepreneurs often struggle with the same questions, and there is always someone who knows how to tackle it,” Huttunen says.

Huttunen aims for future Slush to be even better in creating progress and moving the society forward. It means colliding entrepreneurs with investors, scientists, and for example artists, too.

“We want to  inspire the current and future generations to solve hard and complex challenges, help these people to build when inspired, and ensure that these people meet the people they need.”

Proximity is an advantage: “Hundreds of companies and investors are only a three-minute walk away”

The current Slush office is in Kamppi, mid-Helsinki, within a stone’s throw of the Maria 01 campus. At Maria 01, Huttunen has received plenty of fast and efficient support and ideas for developing the new Node by Slush product.

“It’s unbelievably amazing to be only a three-minute walk away from a place where there are hundreds of companies and investors. I do not have to go far to gain great material for learning how to make things work,” he says.

The close-knit ecosystem of Helsinki makes it easy to see and meet people, which means that help and support for companies in different phases is always close by. The Helsinki startup cluster is often praised for its active culture of sharing knowledge, which is possible thanks to its short mental and physical distance from other people within the field.

The Slush office used to be located in Punavuori, a little further away from the city center and Maria 01 than it is now. The Slush core team realized the location made the office less appealing for the event’s vast volunteer group and other interest groups.

“A lot fewer people came over just to hang out or to get to know the people in our team.”

Low key day-to-day encounters are an important part of the Slush community life, thus moving the office to Kamppi was essential, even though at this exceptional time the office is a bit too spacey for the smaller core team. Since during a traditional year Slush grows from a team of twenty-something to a team of two thousand something, the size of the office needs to be easily scalable, too. That’s why Huttunen thinks it’s worthwhile to be close to Maria 01 since in case the Slush office would suddenly be too small for the whole team, it would be quite easy just to rent some extra space from the community in no time.

When the world is working remotely, Helsinki wins

Together with YIT, Keva, and the City of Helsinki, the Maria area is developing into one of Europe’s biggest growth and tech company hubs. Huttunen thinks Helsinki is already close to getting there.

“Helsinki is outstandingly the best place to live, raise a family, and thrive. I have noticed that its value keeps on rising in the startup and investor community.”

In the future top talents are going to view Helsinki as an opportunity that is as good or even better for their company as Berlin, Silicon Valley, London, or Stockholm. As COVID-19 has made remote working even more common than it used to be before it, large and expensive cities suffered from migration as people are moving to smaller cities and countries. In Silicon Valley, for example, the rent prices have sunk some dozens of percent as people have moved away from the area.

“This is where Helsinki wins.”

The Slush CEO thinks a vibrant startup and growth company ecosystem consists of several things. At the core of it is great education and high-level research. There are two prosperous universities in the  Greater Helsinki region, but their talent should be brought together even more actively with such facets that want to found new companies.

Funding is another issue. Huttunen says we have a lot of early-stage funding, but the local ecosystem could use more investors for the following rounds, too.

“Also, there needs to be a long pipeline of entrepreneurs from different stages: from as early on as when someone first becomes interested in founding their own company. Where and with whom could a beginner learn more? We also need the older and more experienced entrepreneurs to stick around.”

The yearly changing Slush crew also affects improving the ecosystem. Slush has already had at least one generation enter and leave the event, and a lot of those people have founded their own companies from which the new generation can learn. Their success acts as a beginning to a positive circle, which helps found new companies or invests in someone else’s ideas.

“The idea is that the next Google is from Finland. But it would also be important to allure some of the biggest tech companies in the world to base an office here. We have great prerequisites for that.”

The develeoping Maria area multiplies the advantages of the Helsinki ecosystem

The development of the current Maria 01 campus and the expansion of the area will multiply the benefits that Helsinki’s close-knit and active ecosystem already has. Some of the greatest new benefits are more office space, the proximity with others, and new jobs. The growing campus will also be even more flexible and dynamic as there will be more workspace that can be rented quickly and effortlessly.

“We’ll be even closer to a very remarkable tech hub where everything you need can be found close by,” he says.

It is important to have the possibility to arrange interesting meetings and encounters smaller than Slush or other tech events for the people within the scene. These exceptional times are a good indication of that: right now it would not be a good idea to invite thousands of people to travel to Finland for a two-day event, but smaller encounters could be arranged for a more limited group of people.

The developing Maria area also means more space for gatherings for people with different interests. For example, people who are curious about certain coding language or framework could gather to discuss and learn from each other.

Artist's rendition by YIT, The expansion of Maria area


The way Huttunen sees it, making gathering together, arranging events, and encounters easy should be at the core of everything. As future Slush remains the event that rounds up the whole year, the Maria area could be the complex bringing the ecosystem together.

“They need to come up with a good, scalable system for that so that all the arranging would not be the responsibility of the Maria crew. The campus should rather function as the enabler,” Huttunen says. 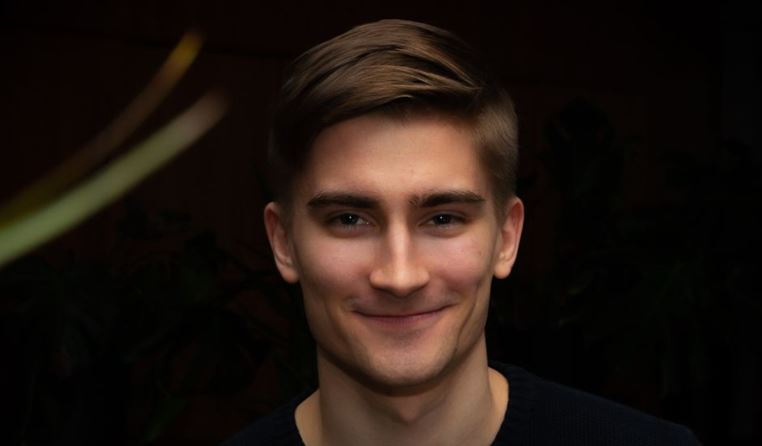