According to Sami Marttinen, the founder Swappie which is essentially a web store for used smartphones, one of the greatest hindrances for startups is the fear of pivoting. The company, born out of continuous trial and error by Marttinen and the second founder, Jiri Heinonen, has grown to have a revenue of over 8,1 million euros and currently employs 102 people. The quick growth has forced the young company to relocate its office every few months due to the rapidly growing number of employees. 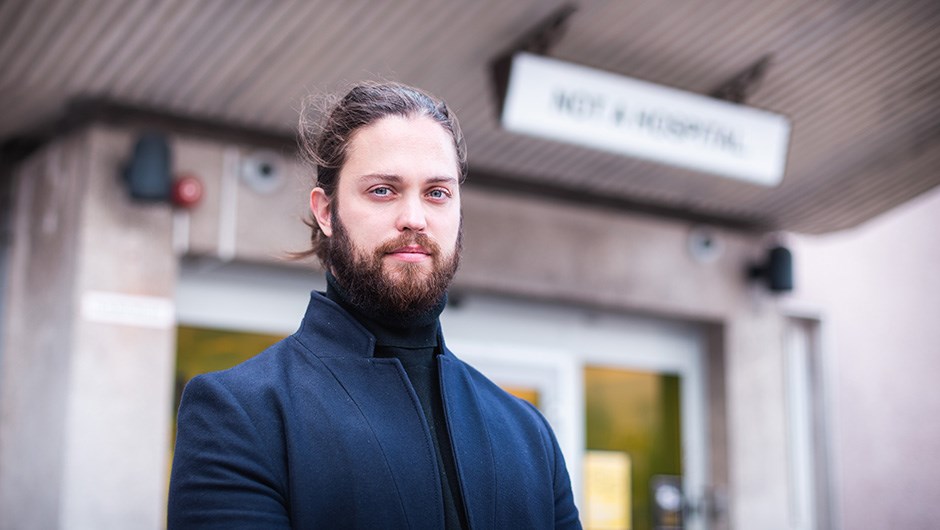 Marttinen inherited the role model for entrepreneurship from his family. He worked ten years in a construction company founded by his father before he decided to apply to Business School to study marketing.

As he began his studies, new startups were being formed in Finland at an intensive pace. Companies like Wolt, Holvi, and Yousician were on everyone’s lips. Marttinen grew an urge to build something of his own.

During the autumn of 2012, Marttinen met his present-day business partner at a student party at the university. A few years later, in 2015, they discussed the idea of entrepreneurship for the first time. They concluded that evening’s discussions with the plan of quitting their summer jobs as consultants and embarking on the plan of working together.

“We didn’t have any phenomenally great ideas, but we just went on to test as many possible different things as we could. The method of testing was mainly coming from Jiri, who was in charge of the demand, concept development and marketing.”

Marttinen is, according to his own words, a serial “failer”. He has had many attempts at founding a company that he can’t even remember them all.

The final epiphany came upon him in a rather surprising location: the Pasila police station in Helsinki.

Marttinen had ended up buying a used mobile phone from tori.fi ­– Finland’s largest consumer to consumer online sales website. He had transferred the money, but he never got his phone.

As the realization dawned on him that he was never going to see the phone, he marched over to the Pasila police station to report an offense to the police. There, he found out that he was not alone, but there were, in fact, countless of victims like him. That gave birth to the idea. How could one deal in used mobile phones reliably without the fear of being sold either broken or stolen goods or being scammed?

Greatest help came from the community – a homespun start

”The first thing we did with Swappie was that we hit the streets with an iPad borrowed from a friend to conduct surveys.”

According to Marttinen, overheating of the smartphone market was a major reason behind the founding of the company. iPhones cost a small fortune and simultaneously 95% of mobile phones were purchased as new. Marttinen and Heinonen’s belief was that a used phone is as good as new – as long as you know how to service it properly.

There were many obstacles yet to be overcome. At this point, the men had neither a developer nor any experience in servicing mobile phones. The two twentysomethings ended up in Otaniemi, where the Summer of Startups, an accelerator program in which investors and serial entrepreneurs coach startups in their early steps, was just starting.

The door to the program did not open for them, but the men spent most of their summer at the facilities of Startup Sauna – hanging out with their fellow entrepreneurs and investors.

”Just the fact that we hung out at the right place at the right time was a huge help for us in taking the first steps.”

The men also met their first investors at Startup Sauna.

At the end of the year 2016, Swappie.fi started buying used iPhones, which they then serviced and refurbished before selling them to the customers. Their first store was opened in Ruoholahti, where the company’s first employees were hired.

”There was a small booth and we had to build a partition wall inside the shop ourselves because no carpenter would build it for us. I spent a weekend searching for videos with the keywords How to build a wall on Youtube. Finally, we all stood there wondering whether the wall would collapse or not,” Marttinen reminisces.

Despite the homespun feel of their store, the sales were booming online. The company had managed to conjure up an inspection technology of their own which would make sure that every phone that passes through the Swappie service line will receive the best appropriate maintenance procedures. This technology was a part of the service line which could be rescaled as new phones would arrive for maintenance. 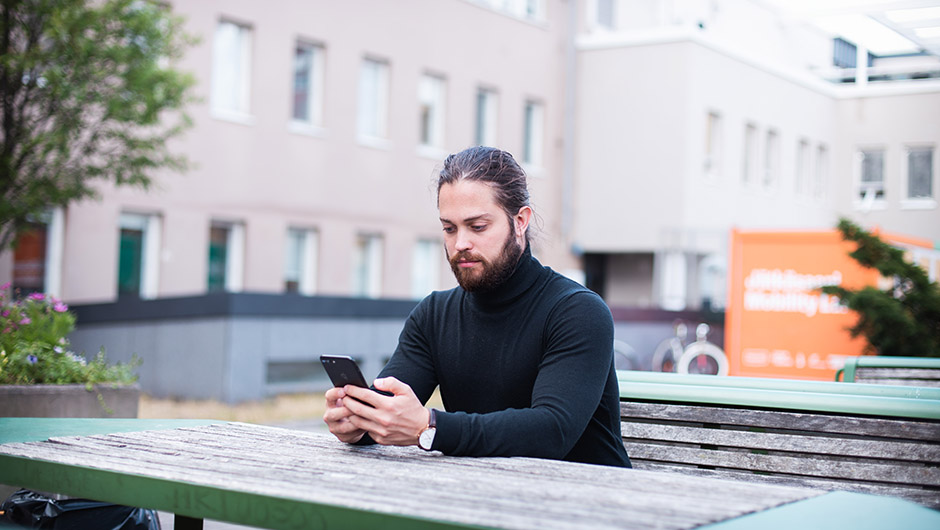 A lack of space started troubling the office side of the store at the same time. The company decided to open its first office at Rikhardinkatu. They realized in the second week after its opening that space was going to run out very soon there too! At this point, Marttinen had found his way to talk with the former CEO of Maria 01, Voitto Kangas.

Swappie moved to the Maria 01 campus on a week’s notice. Marttinen praises the employees at Maria 01 on their swift reaction and points out that the rate of growth of a startup can sometimes come as a surprise for even the founders themselves. One can never be certain on how the market reacts and that is why it would benefit the company if there is leeway in the leasing of offices.

Swappie’s growth was enormous. During its first year, the company built a revenue of half a million euros. Soon, Swappie grew too big for its premises and the old hospital building at Maria 01 was no longer able to house the company.

The company’s offices are currently located within a 1300 square meter office in Salmisaari. There is ample space now and Marttinen says it now houses them well enough, but, at the same time, the company has in a very short time expanded abroad to Sweden and Italy.

”It was only last year we had four employees and now there’s 102 of us.”

In May 2019, the company announced that it had accumulated a funding round of 4,5 million euros. Lifeline Ventures, Reaktor Ventures, and Inventure were among the investors.

The founders have emphasized diversity in age, gender as well as a nationality in recruiting. Currently, the company employs people from over 20 different countries. Marttinen says that this is one of the reasons the company is so successful.

“One can often see that even if you had lots of experience, there can be even a rather large gap between information and actual know-how. Then, on the other hand, some young people are superbly up to their tasks, are humble and have a huge urge to develop their expertise ­– to show off and do big things. Many young experts are better prepared for much bigger things than they can themselves imagine.”

Growth Campus Maria to support the growth of ambitious businesses

In Maria 01´s extension area, 50,000 sqm of new space will arise. Maria 01 will be a space where startups, growth companies, and major corporation´s R&D will meet and work together.

The extension will enable premises for startups and growth companies as well as big corporations. Businesses will have the ecosystem´s support and flexible premises to assist their operations. Besides, the area's service offering will grow and be accessible to all citizens.

When planning the extension the aim is to ensure the premises will correspond to growth companies changing needs and not having to move every year. Instead of new premises, they could stay longer in Maria 01. Finding, renovating and moving into new premises is a months-long job and huge investment to a fast-growing company. Maria 01 is working to solve this as smoothly as possible with collaborative companies. 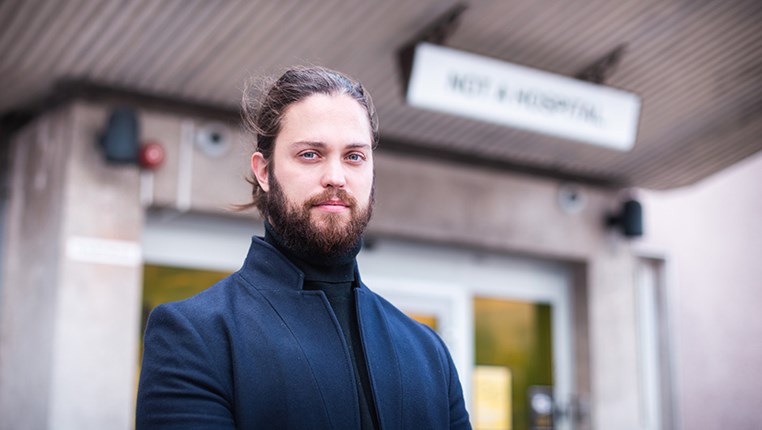 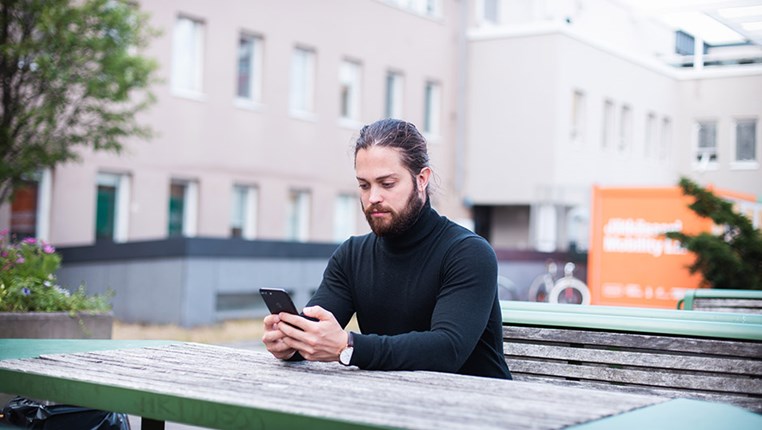