In 2013, a Japanese investor, Softbank announced it will invest 1.5 billion dollars into Supercell, a highly-profitable Finnish gaming startup. Since that day, Japanese investors have been actively looking into Northern Europe. 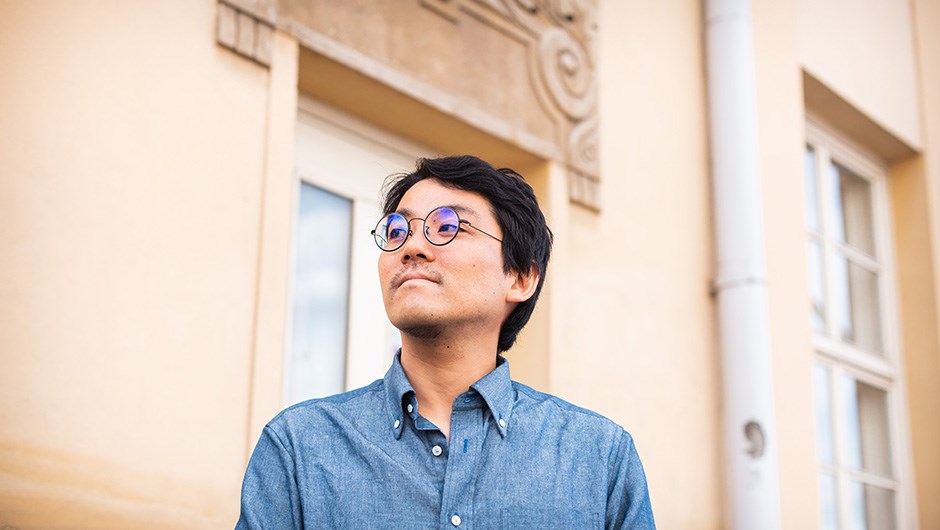 Japan is one of the world’s largest economies and technologically one of the most advanced societies. In 2019, new investors joined Maria 01 and one of them was NordicNinja, an initiative from Japan, more specifically Japan Bank for International Cooperation (JBIC).

Why Nordics and why Helsinki, Shinichi Nikkuni?

Nordics a faster way to innovation

The statistics speak for themselves. The Nordics have a higher share of billion-dollar exits in comparison to GDP than any other region in the world. Since 2013, at least 36 Japanese investments and acquisitions have been made, 22 of which have gone to Finnish and Estonian startups.

“Japan, on the other hand, is still a risk-averse society. Japanese employees by large prefer to work in large corporations with a good amount of security and stability”, Shinichi Nikkuni, Managing Partner at NordicNinja.

Nikkuni, known among his friends as Shin, moved to Helsinki in January 2019 to establish a fund that helps New Nordic scale-ups. NordicNinja is a 101 million euro vertically-agnostic fund, and its backers are keen to invest in deep-tech solutions that involve automation, health tech, AI and mobility.

According to Nikkuni, the Japanese startup ecosystem focuses more on its large domestic market and doesn’t provide as exciting and bold solutions as the Nordic one. Most Japanese innovation often comes from within established companies.

“Generally, people are much more important than technology for investment considerations, and here people have an incredibly entrepreneurial drive that makes things done faster,'' says Nikkuni.

On top, Nordics have a good reputation among Japanese. They are well known for design such as Marimekko and innovative companies like Skype, Spotify and Supercell.

At first, Nikkuni and NordicNinja team were considering establishing a fund either in Helsinki, Stockholm, Tallinn or Copenhagen.

After lengthy consideration, though Stockholm is already legendary as a startup hub, the price level has already increased to a level that is tricky to operate a new startup fund full-time for many years. Tallinn on the other had the highest concentration of success stories, but it was quickly noticed that Helsinki and Tallinn have a great common flow of startups, so-called Talsinki area, making it fit to work from Helsinki.

“Copenhagen is known for the best quality of life, but as most of our team has small kids, we wanted a city with the best work-life balance", Nikkuni says.

Another crucial factor was the direct flights from Helsinki to Asia.

“Eventually, Helsinki was a natural choice for us.”

Nikkuni moved to Helsinki from Tokyo with his family and all of them are embracing their new home city. Nikkuni is a Cambridge alumnus and has previously co-founded a University spinoff startup and worked around the world in finance. Setting up an office to Maria 01 felt like a logical step with proximity to startups as well as investors.

“Everyone has been extremely welcoming, especially other investors in Maria 01. Instead of competing with each other, people here work together, pushing the ecosystem further”, says Nikkuni.

However, Helsinki’s georgical location and the startup buzz weren’t the only factors contributing to NordicNinja’s decision to establish the fund in Helsinki. 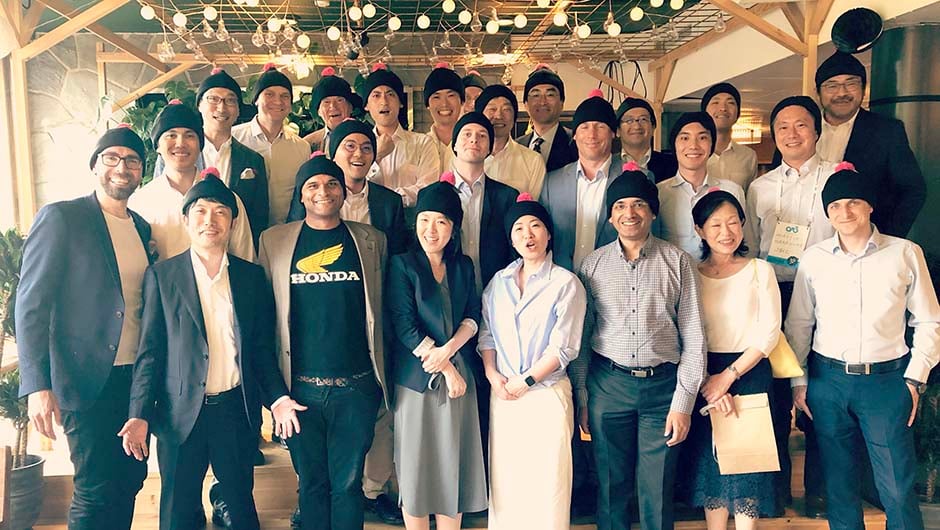 NordicNinja team with their backers JBIC, Honda, Omron and Panasonic at Maria 01 in summer 2019.

Patience as a virtue

In his previous company which he co-founded in the UK, Nikkuni was bridging scientists and business people. NordicNinja on the other hand bridges Nordic and Japanese cultures. While bridging such different cultures, Nikkuni values the fact that Japan and Finland have a common ground on which it’s easy to build on.

"Founders here are honest and it's a key ingredient to a working relationship with investors."

Another key factor is shared elements in culture and temperament. In Finland and Japan, for example, silence is an accepted element in discussions.

So far, NordicNinja has invested into five different scaleups which aim to expand internationally.

“Investment is like a dear child you give everything every day, until one day they grow independent and move away. Japanese investors are patient and are looking to long-term outcomes,” says Nikkuni.

Approximately 50,000 m² of new space will be added to the extension of the Maria Hospital Area, where startups, growth and large companies, venture capitalists and accelerators will grow together. Maria is a world-class attractive destination for international growth financiers looking for the best teams and solutions. Under the same roof, you can arrange appointments for restaurants and innovative meeting rooms, while at the same time can get a peek at hundreds of startups and successful growth companies. Besides, there´s accommodation services available during visits or even longer stays.

At Maria, internationality is shown on a daily bases. Companies are craving the best resources so in Maria 01 the community has access to vast networks around the world. Maria will serve as a base for international delegations, top investors as well as large companies and data giants innovation and venturing operations. 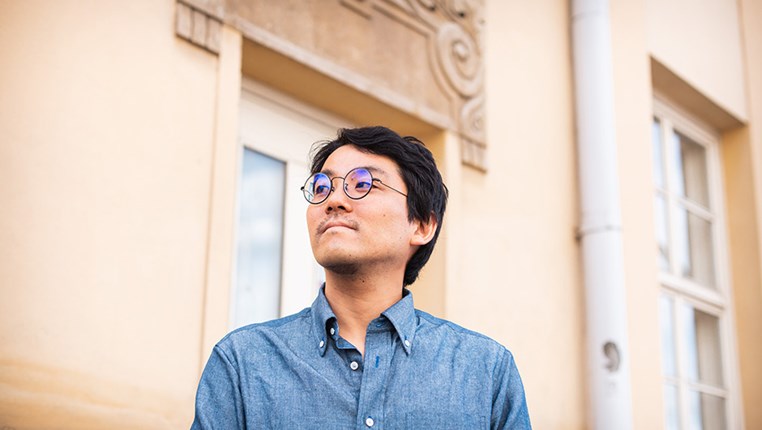 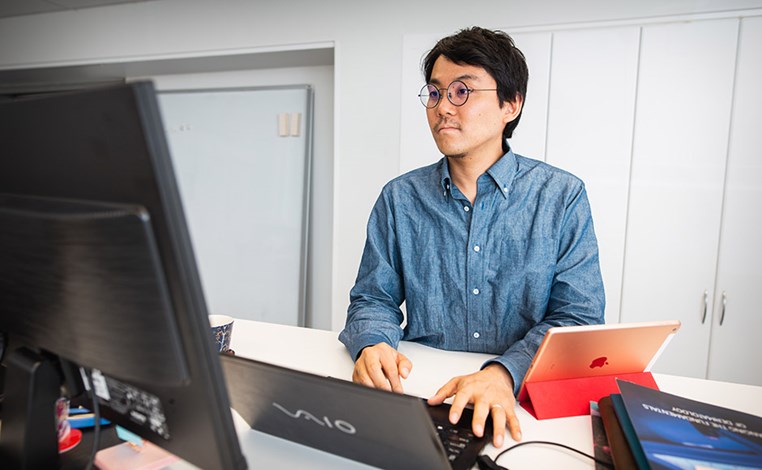 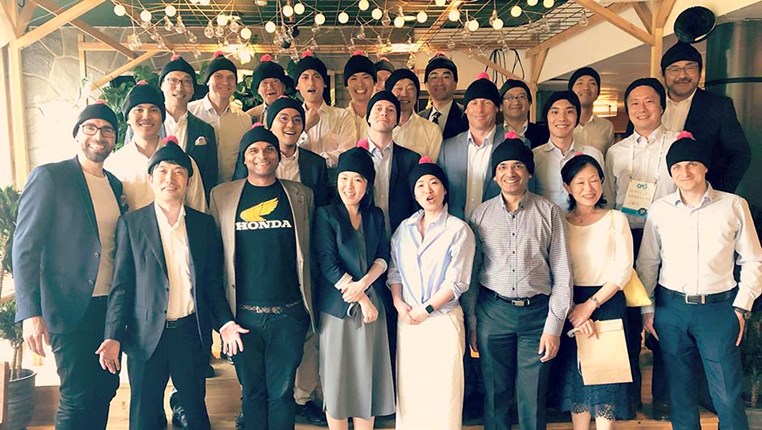